with Haiku by Brina Seguine 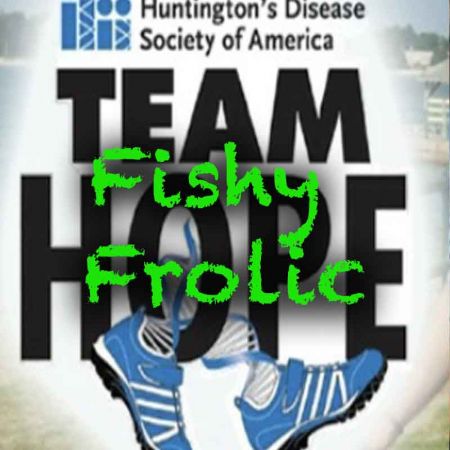 The Fishy Frolic Race whose name was inspired by having the event next to the Hudson River at Jennings Landing in the Corning Preserve is designed to raise money for the Albany Chapter of the Huntington’s Disease Society of America. It was run this year on August 27.

Huntington’s disease is a deadly neurodegenerative disease that damages a person’s brain in such a way that it alters the way they move, think, and behave. The part of the brain responsible for sorting out the incoming and outgoing signals gets affected causing the brain cells in that part to die slowly.

It is passed down in families from generation to generation with symptoms described as having ALS, Parkinson’s, and Alzheimer’s – simultaneously. Two famous people who were stricken with this disease were baseball legend Lou Gehrig and folk music great Woody Guthrie.

There are approximately 41,000 symptomatic Americans and more than 200,000 at risk of inheriting the disease. The event was successful in raising money for the cause. Almost $40,000 was raised by the event! If you want to add to this sum, click here to donate.

Two prominent members of the HMRRC and ARE won first place in these races:  Brina Seguine crushed both male and female competitors in the 5K race and Josh Merlis dominated the 10K.  To follow are Brina’s Haikus about the event for you to enjoy.

Running for a Good Cause in the Fishy Frolic 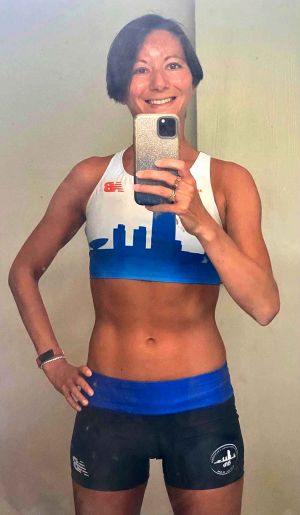