On Saturday, April 30, 2022 my nephew Connor Dufresne and I ran the Bronx Zoo Run for the Wild 5k. There are many disparities between Connor & I. It was his 1st road race and my 157th. Connor is a 6’2”, 200 pound hockey player heading to Union College next year and I am a 5’ 8”, 150 pound CPA. He is 17 and I am 62. He has flaming red hair and I still have some hair. We were both looking forward to the day. He wanted to run with his uncle & I definitely wanted to run with my nephew/Godson. 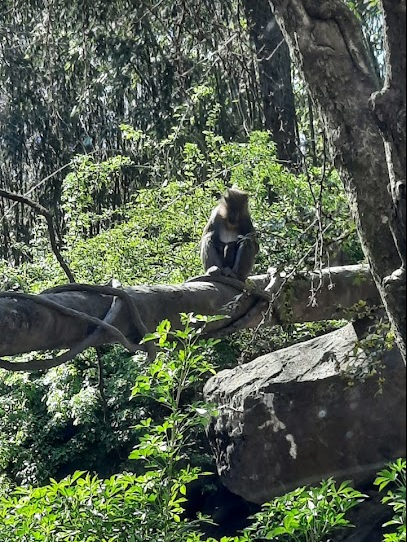 The night before we made a plan. We would leave his house in Tuckahoe, NY for the Zoo at 7:30 am. I am pretty sure earlier was not an option as he went out with his girlfriend Hannah the night before AND he is 17. We agreed to stay together during the race. There were over 5,000 participants. It is a 15 minute drive to the Bronx Zoo & we had to pick up our race packets. It was an easy ride to the zoo, until we got near the parking lot, which was….. a zoo. It took us an additional 20 minutes to get to the lot entrance, just as it was full & closed. They sent us to the other side of the huge property and we finally parked. As we got out of the car, I heard the national anthem start. Never a good sign. We made our way to the packet pickup, then back to the car. By the time we got to the start, the race had been underway for about 10 minutes. The good/bad news was this is truly a fundraiser. NO clock or timing of any kind. Not even a list of finishers. In fact, at packet pickup, they verified I paid by my email receipt and pulled my bib off the top of a pile of bibs just laying on a table. 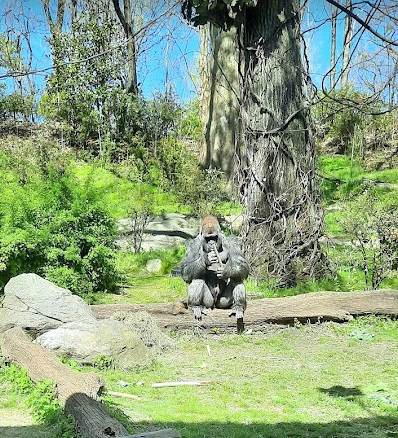 We started the race and the 1st mile was wide open. We took off at about 8:30 pace and at just under 1 mile, we caught a herd of humans. The next 2 miles we switched the lead back & forth, weaving & bobbing through the pack like NFL players (at least in our minds). The race runs by many of the animal exhibits. The Zebra were the first animals we saw, then we came to Peacocks that were loose but staying out of the way. Several friends suggested they should let all the animals loose to pick up the pace of the group. To be honest, it was hard to look at the animals because we were trying not to trip over the people walking. We also ran through the new Dinosaur Safari. Our pace slowed as we got further into the race, but not significantly considering the crowds. At the end they had baked goods, fruit, water and medals for the finishers. We then went back to the start & met my wife Maureen, her sister, Connor’s mom Shannon and Connor’s brother Jack & girlfriend Gigi. We joined them for the 3k walk that started at 9:30am and were able to enjoy the views. We ended up at Burkes Pub in Yonkers, where we encountered some other animals, but that is another story. The Zoo raised an amazing $482,000 for this one-day event! If you go to the Zoo, my favorite exhibit is the Gorillas.