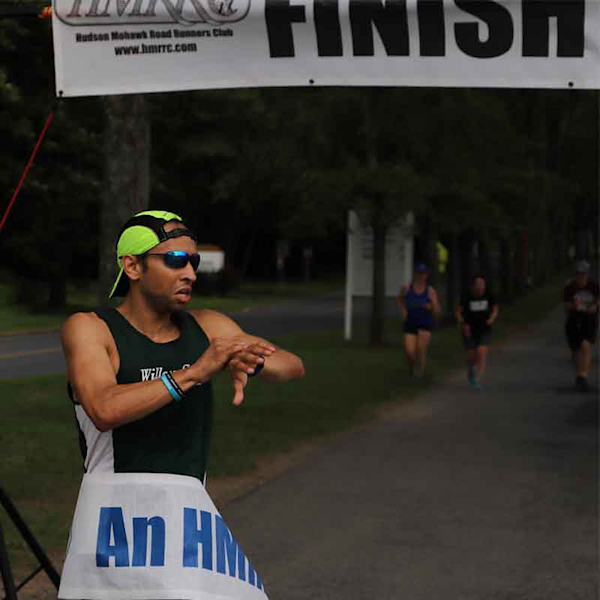 A fellow Capital Region runner I like to meet up with for my weekend runs is (local legend and trail running extraordinaire) Shaun Donegan - who is my complete opposite when it comes to our favorite routes. He loves highly technical trail routes with brutally steep climbs that are not at all for the faint of heart, whereas I am a fan of flat, straight-forward routes which are easy to navigate. Discussing running and racing it came up that one of the places we most disagree on is the UAlbany campus. For me, it is one of my favorite places to run in the entire capital region. I have run countless miles there. It was one of the main places I would go running during peak COVID times. And the Distinguished Service 8 Mile was one of the first races I ever competed in when I first moved to the capital region, so it has a sentimental quality. (Ed. Note: Jon has won this three times: in 2022, 2019 and 2018. It was cancelled 2021-2020 due to COVID.) 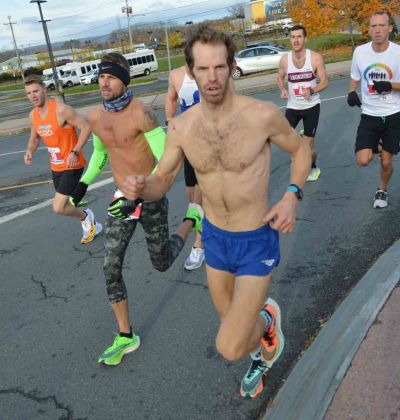 This year, I had intended to take a break from racing for a little while after Miles on the Mohawk but had a change of heart and decided to keep going for a few more weeks. Even so, it was not until the afternoon of 6/11 that I fully decided I would run the Distinguished Service race again. It was my third race in four days after running the Route 50 Mile on Thursday and the LifeSong 5k the day before. I could distinctly recall telling myself toward the end of LifeSong that this was the final hard mile of my racing season, trying to motivate myself to push a little extra through the finish. Apparently I had unintentionally lied to myself.

Distinguished Service is a race I have equated in my mind with being a suffer-fest. It is a race that tricks you into thinking it will be a nice low-fanfare morning stroll through the college campus, which it does feel like for about half a mile. Then you climb and sharp turn your way in and out of the lake loop and realize you are less than a quarter done with the race and think that "things are about to get pretty dicey" -- or at least that is what has happened to me every single time. After the first loop I felt mediocre at best. By the time I had ground my way through the lake loop for the second time I knew it would be a battle of will to make it to the finish. I pushed my hands on my own quads as I was coming up the hill to the 6 mile mark. As I passed people still working on the first lap of the two lap race I was making unintelligible sounds to signal that I was coming up behind them (in my mind it was "hey" but it could have actually been more of the sound Chewbacca makes or the song of the humpback whale). It was not until I reached something like the 6.5 mile mark that I became confident I could finish strong. Coming down the straightaway to the end feels like an eternity- like one of those hallways in a horror movie which keeps stretching out further and further. In the back of my mind all I could think of was all the times throughout the season when I had finished just over a marker I had been aiming for: 16:04 for a 5k, 16:02 for a 5k, 32:06 for a 10k - and I kicked it in for what would truly be my final mile of the season. I finished in 42:27, my fastest time for the race. There were no post-race awards, just the reward of getting to be done after a hard-fought race, and getting to support the local running community. And getting to avoid a route with over a thousand feet of elevation gain with trail-running-rockstar Shaun Donegan. 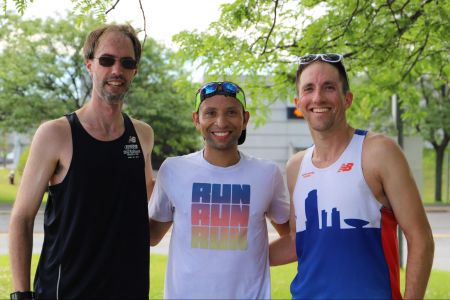 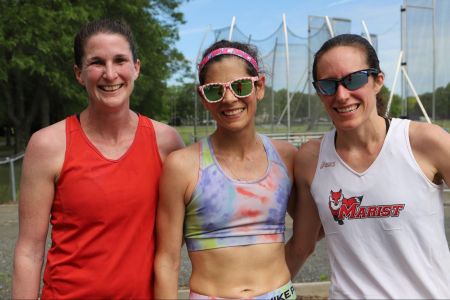 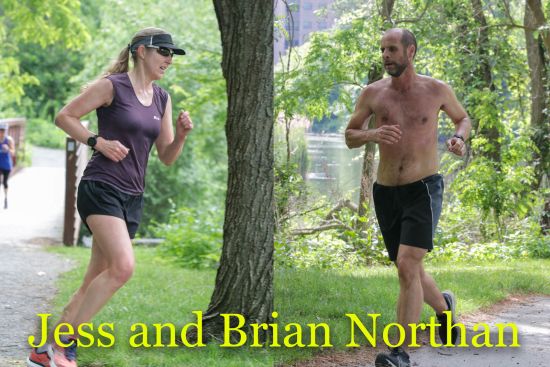 They ran the race, too! 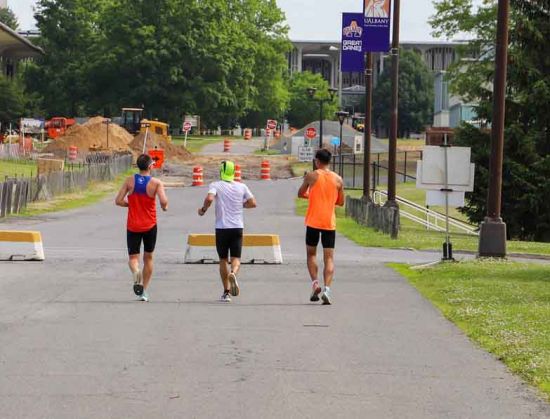