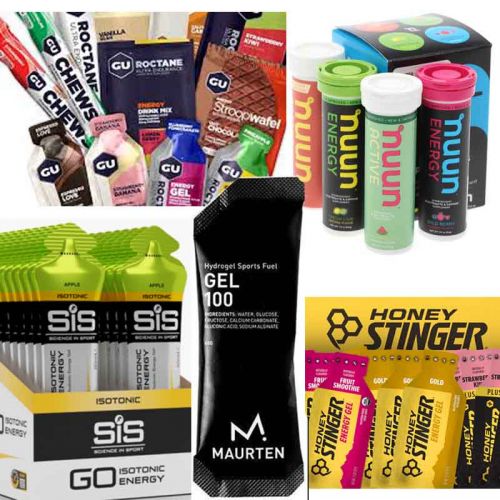 Question
Do you utilize any commercial sports food for training and races like gels, supplements, electrolyte tablets or fluids? If so, which ones do you find work best and why? 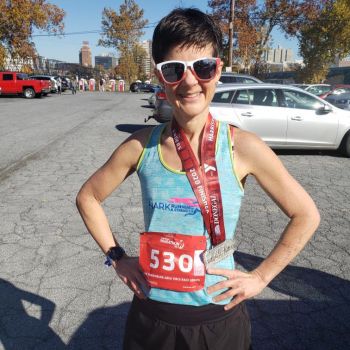 Sarah Piper Wood
I do…I have tried many but Maurten and Hammer for gels during training and races seem to work best for me because they are easy to digest, give a good longer lasting boost without as much stomach and reflux issues. For fluids and electrolytes, Gatorade during long runs and races and for after, I really think Pedialyte Sport does the trick. It packs a good amount of sodium and other electrolytes that are essential, especially for summer running. I almost feel rehydrated after just one packet of it.

Nuun - great rehydration on a hot day C shots/blocks for long distance running- easy on my stomach, as compared to GU which runs through me. Different sugar source - I believe Cliff products are rice based.

I use Spring Energy gels for nutrition; my favorite is the "Awesome Sauce," which is basically just applesauce!  For hydration, I like Skratch, liquid IV, and LMNT/

I use Maurten 320 drink mix for my runs, works best for me because I tend to get stomach issues from anything else. I drink a lot of Nuun for rehydration and recovery. Sometimes I take C4 pre workout before workouts. I take Alt-Red before hard efforts and it really makes a difference for me. I take endurox after hard runs for a recovery drink. I take Cordyceps mushroom blend as well. I take alot of supplements!

I typically utilize GU gels and SiS Caps for races and light foods like bananas, Graham crackers or honey f or long runs. I like foods/products that are densely packed nutritional.

Let’s see: I’m Simple. A banana and Regular old Gatorade always works well with me and give me a nice boost. If I need to carry something light though I use GU vanilla gel (the one that has a little caffeine). 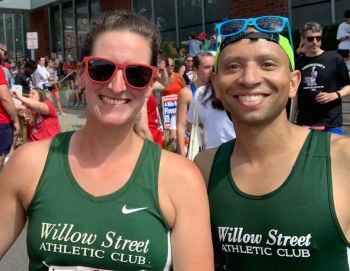 I drink Nuun for electrolytes, mostly before or after a long run or workout, or any time I feel like water isn’t enough. For fuel, I usually make my own packets of either applesauce (with chia seeds, cinnamon and maple syrup) or mashed sweet potato (with peanut butter, cocoa powder, and maple syrup). I also like Honey Stinger gummies, and pre-packaged applesauce packets. I like variety, so I will carry some of each item on a long run such as during marathon training.

I use GU gels because I just find they are the easiest to come by, as far as finding them in running and sporting goods stores. I use Liquid IV typical for hydration because my fiancé and I got into a habit of buying it, so it became our go-to. I would be open to other things if there were other more easily accessible gels and mixes. With these things I try not to have anything I can't do without or that I swear by, because then when I don't have that specific one my confidence in a race or a hard workout might take a hit.

My go to id is Maurtens!

As for the commercial supplements, I dont use any. Just regular foods.

I successfully used Honey Stinger Energy Chews for my second half marathon training and race. They’re easy to digest and gluten free — I’m celiac. I tried my husband’s GUs for my first half last year and they made me nauseous, as did Gatorade. I drank plain water both times.

I use Nuun electrolyte hydration for longer/strenuous runs and Honey Stinger gels for runs over 13 miles.

I use Huma gels for fuel and Nuun tablets for electrolytes.  The Huma gels are easy on my stomach!

I use Honeystinger gels for shorter/faster races and add in their waffles and performance chews for longer stuff. I use Nuun electrolyte tablets as well as salt stick caps for long runs and races. Those are the ones I’ve found sit best with me over long/ hard efforts so I stick with them. 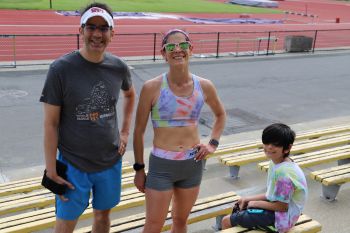 I use GU for long runs and races and Nuun for long bike rides and post race rehydration. Both brands seem to work with my stomach and I feel like they have a good mix of carbs and salt for me. I sweat out a lot of salt so the Nuun when I’m riding really helps. I don’t like a lot of flavor when I run so I use gels that have a really neutral flavor like vanilla. I take them probably less often than I should but Gu brand or stinger gels have been the best for me.