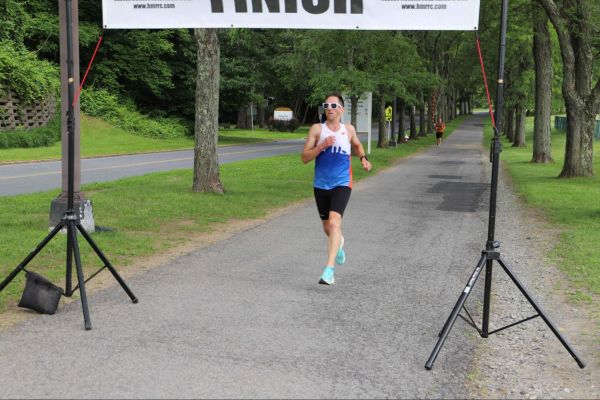 I first learned of the Hudson Mohawk Road Runners Club twenty years ago, and the first HMRRC race I ran was the HMRRC Anniversary run on September 15, 2002. I chose the race for two primary reasons: it was on the campus that I lived, and if I placed well, I would win food. It’s strange that I still can recall that following the race, I ran over to the Five Quad Ambulance building where my then-girlfriend was wrapping up an overnight shift, and I showed her my pastry reward in the same fashion my (present day) cat drops plush mice at my feet. To be clear, she was underwhelmed, and we decided to break up. (Perhaps that’s not quite how it worked out, but let’s not get lost in the details.)

Two weeks later, the Albany Running Exchange launched, which was nearly entirely composed of UAlbany undergraduates. With the HMRRC putting on races within a short walk of our dorms, it was a natural fit to participate, and I joined the HMRRC both to get involved with the local running scene and also to get help in learning about how to put on races.

Tom Bulger had just wrapped up his tenure as HMRRC President when I joined, with Jim Gilmer taking over that position. I began to regularly attend the monthly meetings, a relative hatchling among the stewards of the Albany running scene and adulthood. Eager to learn, I reached out to Jim for help with all that is race directing; at the time, Jim was either directing or highly involved with the Hangover Half Marathon, Indian Ladder Trail Race, and the Mohawk Hudson River Marathon. In addition, as a math major at UAlbany, it seemed that every professor I had was not only a runner, but a founding member of HMRRC. It certainly made it more fun to connect with them, the likes of which included Ed Thomas, Don Wilkin, Lindsay Childs, and Edward Turner among others. And that following spring, on June 8, 2003, I excitedly made my debut at the Distinguished Service Race, which was honoring the aforementioned Ed Thomas.

It’s no secret among those who produce and organize events that the hardest part is getting help. And while it could be said that if there’s an entry fee, or a person is paying annual dues, that there is no “obligation” to be helpful - but practically speaking, if everyone chose to simply run in every race each weekend and not sometimes choose to help during the race instead, none of these events would exist.

And so I was both intrigued at the concept of such a race as one called the “Distinguished Service” and also interested to know who these people are. To that end, you can click here to see the entire history of every recipient of the honor.

Let it also be stated explicitly: all of them serve as volunteers. Outside of HMRRC, they are the “same” as anyone else, balancing careers, family, and other avocations and interests. But also choosing to give their time to prop up the ability for all of us to come together to run.

Nineteen years after my first time at this event, I returned to the campus I once called home for an event that was recognizing Brian and Jessica Northan as the recipients of the 2022 Distinguished Service award. Both have contributed tremendously to the organization over many years, the full extent of which you can read about here.

The race, itself, was exactly the type of event I love to participate in and miss the frequency of opportunity to do so: low key, relatively small in size, and where nearly everyone knows many of those attending. While the course has changed a bit over the years, somewhat coinciding with the evolution of campus construction itself, it still remains experientially similar to two decades ago and prior. And a few minutes before 9am on June 12, 2022, we were all ushered to the start line near the Interfaith Center, and then began our double-lap of campus (+ lake loop) on the sunny day. 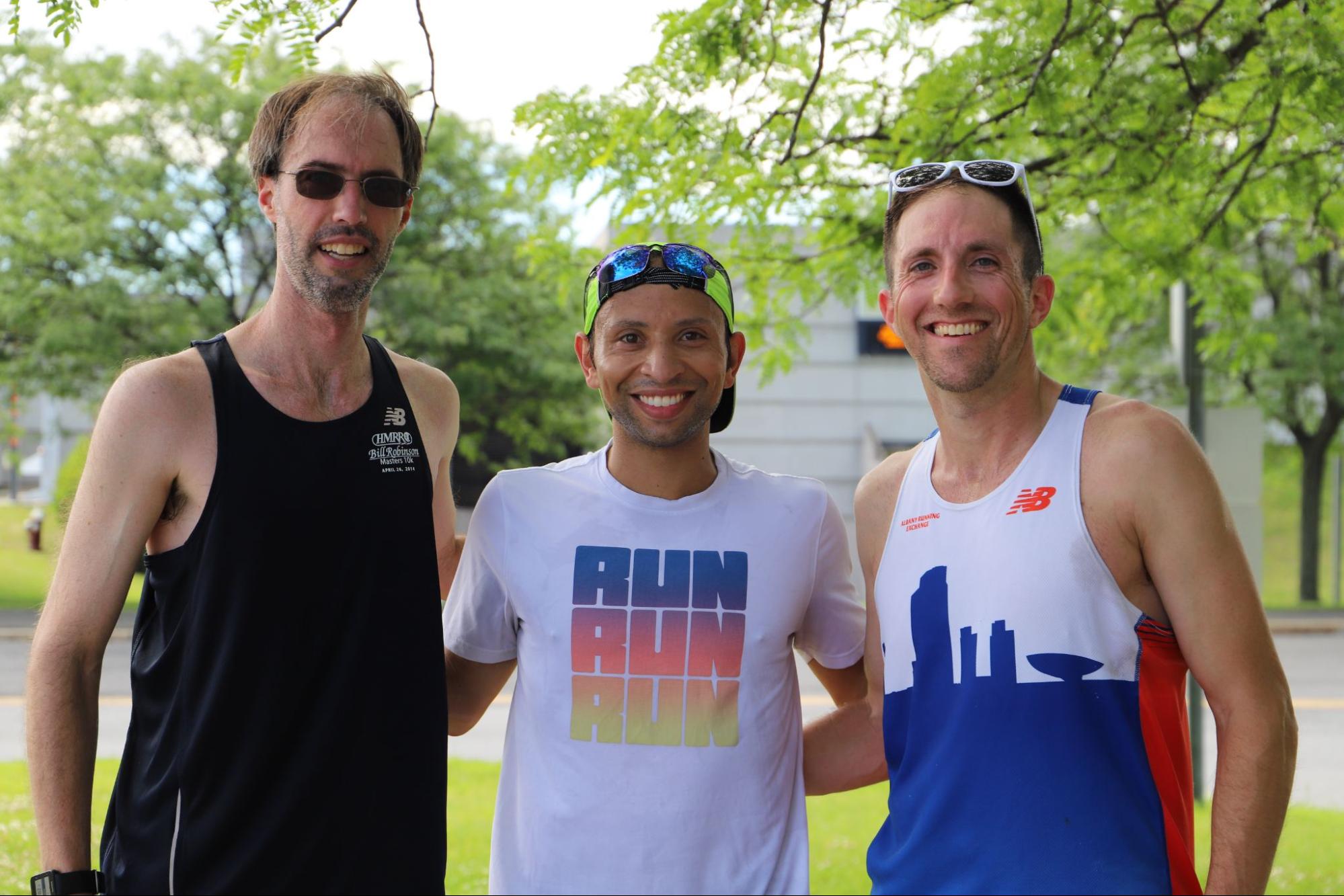 Almost immediately, Jon Lindenauer was in the lead, and I watched him drift into the distance. Within barely a half mile, I could no longer see him, and so I ran the race alone, on a campus I have run thousands of miles on over the past 2+ decades, retracing steps that connect me to my existence as a student who was literally on a run around that campus when the twin towers were struck 21 years earlier. I have hashed out in my mind countless problems during that time on that pavement, often losing myself in time and space; physically present but mentally elsewhere, gliding on auto-pilot beneath the trees I’ve watched grow for a generation.

I finished second this year, the same as 2003. It’s of no consequence or particular meaning, more just a threadline of serendipitous consistency that is also marked by Chuck Terry having finished a place ahead of me in that ‘03 edition and us swapping positions this year, with him coming in third this year. At my first HMRRC event mentioned above, the ‘02 Anniversary Race, Chuck and I also finished one place apart, with me staring at his back. Not only have Chuck and I often found ourselves in close positions to one another over these two decades, but as we also joined the Masters ranks together this year, it has added an extra level of enjoyment to chat with him having shared so many of the same starting lines over the years and trying to ward off the ravages of countless worn out pairs of racing shoes.

As I rehydrated at the finish line, I chatted with Ed Neiles (Dist. Svc Recip ‘91), Ray Newkirk (DSR ‘84), and Chris Rush (DSR ‘90), all of whom are longtime stalwarts of the HMRRC. It is because of their efforts over many decades, and the efforts of many others as well, that the club continues today.

If you are reading this and have received the honor of being a Distinguished Service Award recipient, thank you! Thank you for laying the groundwork for why running has been so well represented in our area for 50+ years. It is my hope that our running community continues to thrive and that all those who race each year also consider helping at a race each year. Together, we can ensure there is no finish line for racing in the Capital Region. 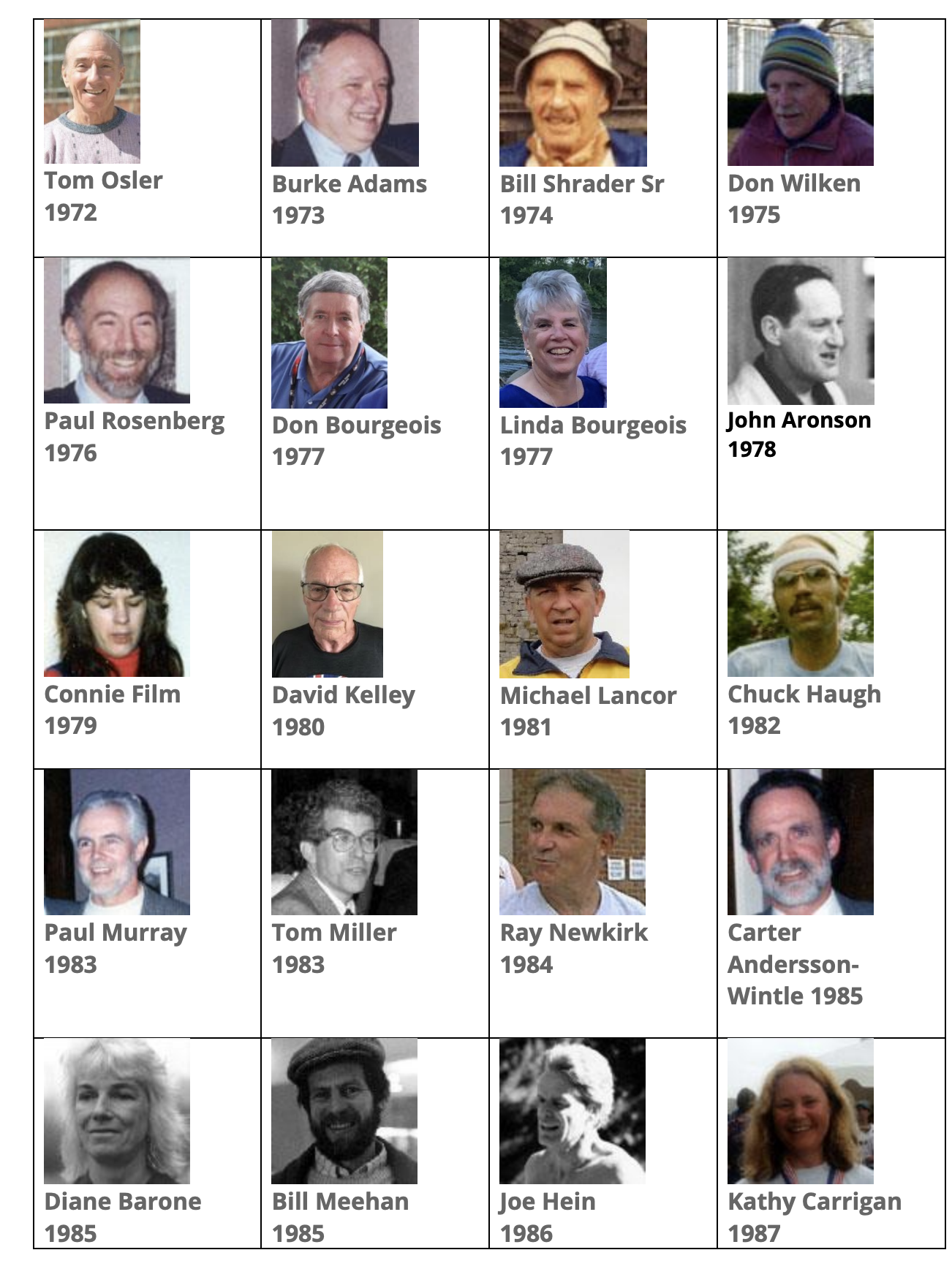 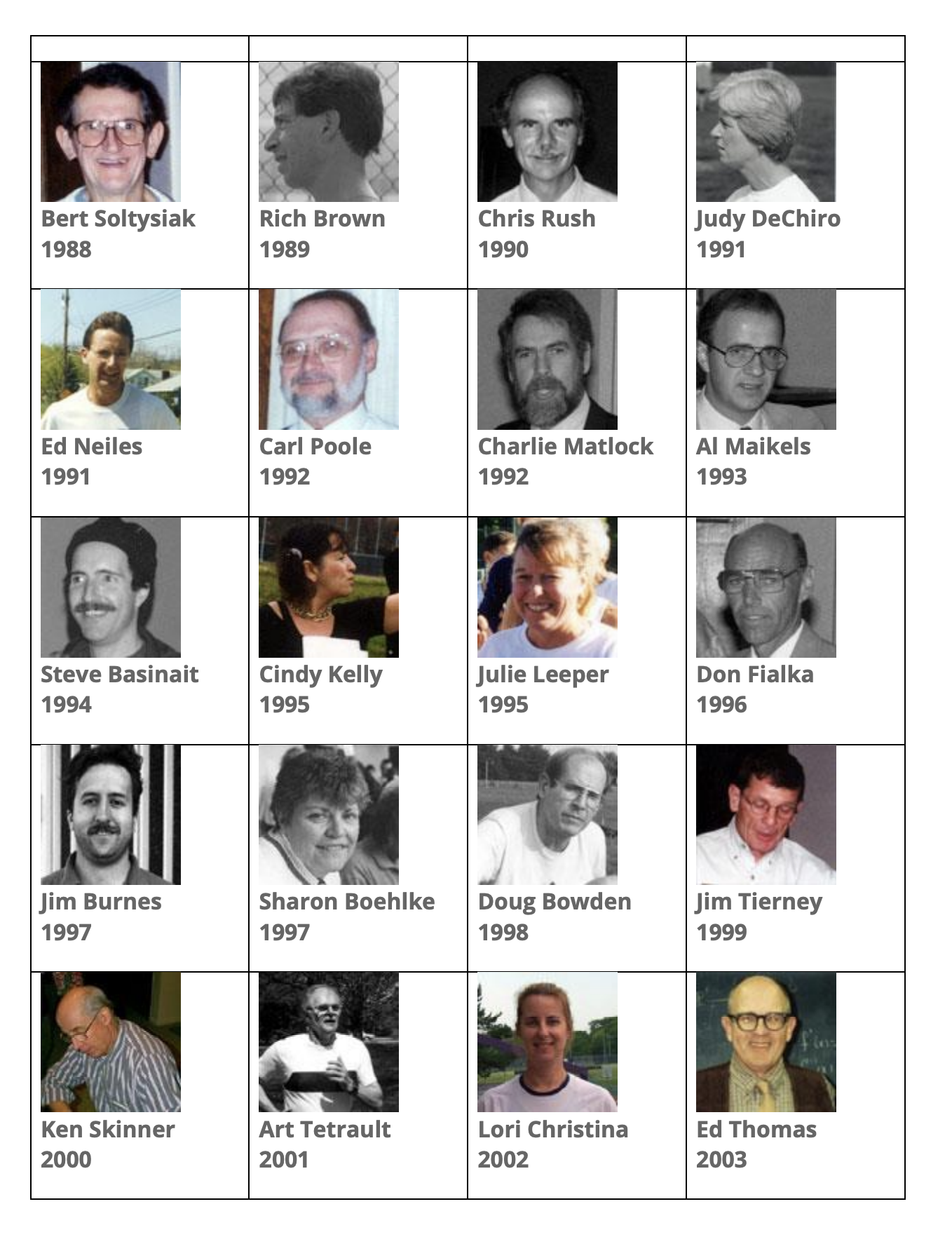 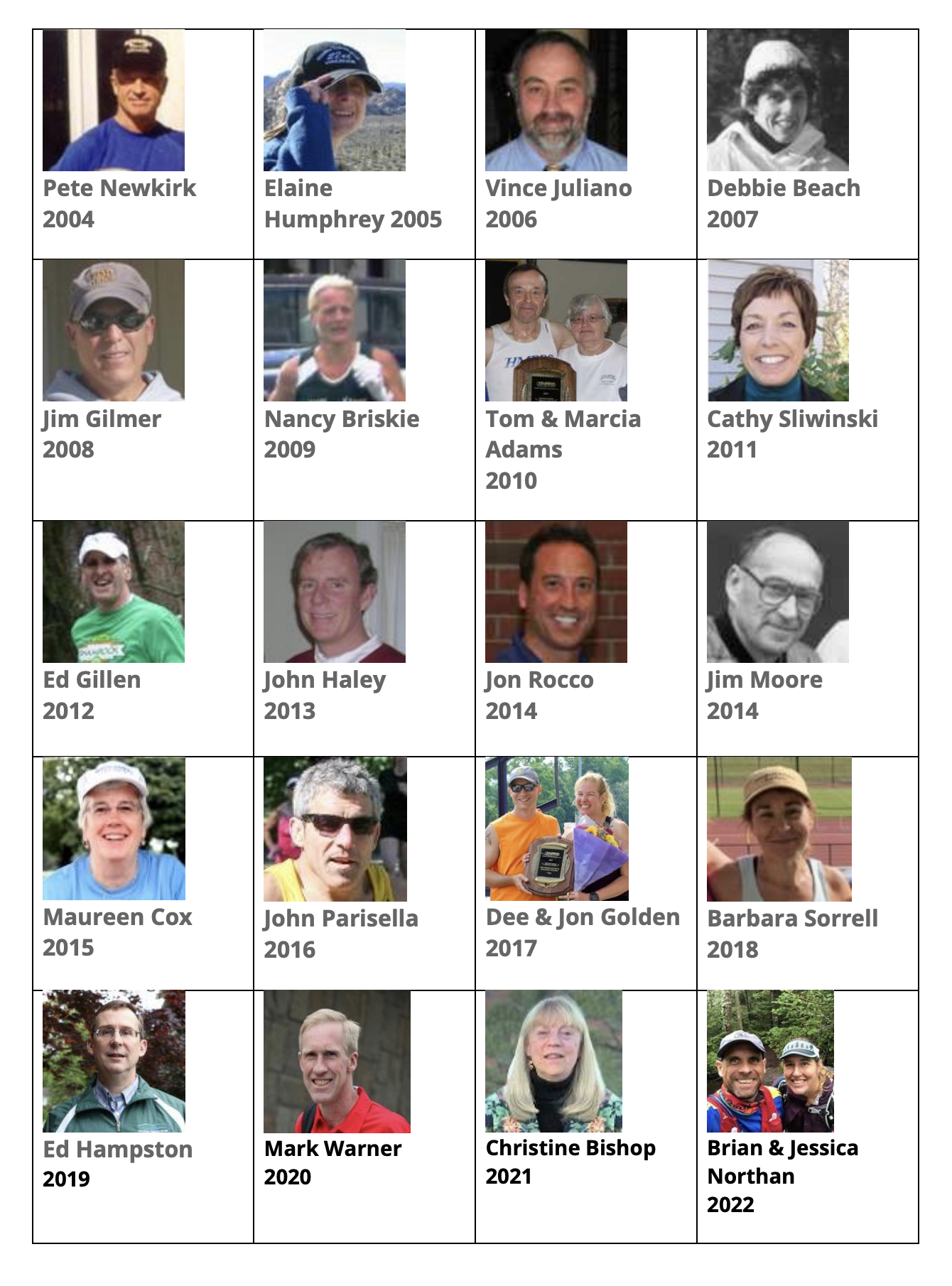