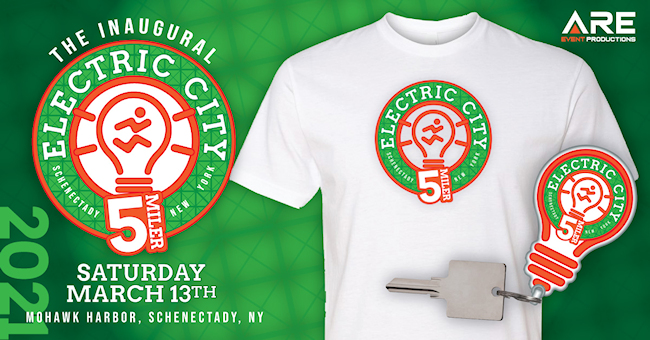 On Saturday, March 13, ARE Event Productions (AREEP) will debut its Electric City 5 Miler at Schenectady’s Mohawk Harbor. Since the harbor’s creation a few years ago, AREEP has been highly interested in bringing an event there and is thrilled to now be making that a reality. 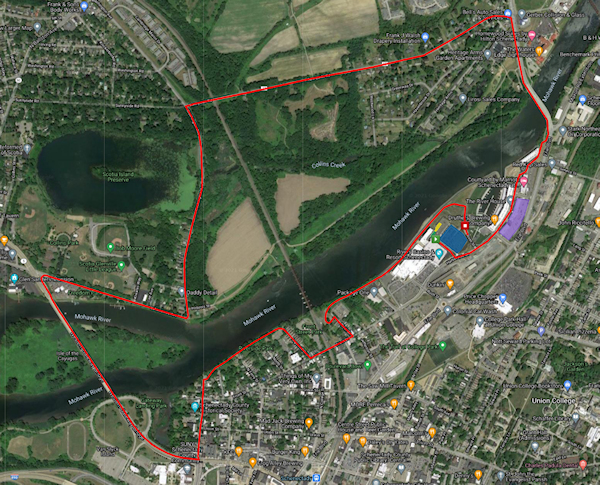 As Mohawk Harbor was built with the intention of having thousands of concurrent people on-site, spread across its casino, restaurants, shops, and home residences, it meets all of our needs of having ample parking and extensive outdoor open space for us to deploy an event safely. The race will be staged from the large parking lot between the parking garage and the amphitheater and utilize a meticulously planned staggered start in the same fashion as our 2020 races.