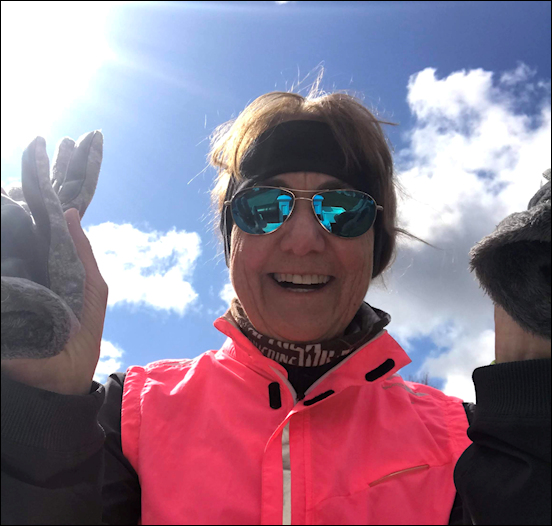 Life is rarely a straight line, and we learn things in places we didn't expect them to be.  For example, it was while emceeing a fashion show recently for a not -for-profit I learned that my ennui about running was shared by others. So, if you've been looking for your 'get up and go' read on.

'KG' was a model at the fashion show. We struck up a conversation because her running experiences, 9 marathons and a 50 miler, were noted in her bio. Before long we were talking about the lack of enthusiasm we've both been battling. It's the same with my regular running buddy. Frankly, we've swapped out some runs for power walking with farleks thrown in. So, what's going on? KG surmised that during the height of the pandemic the only thing open to us was running! In short, we were 'run out.'

I thought about KG's words. She's right. My running buddy and I signed up for the ONE NY CHALLENGE, actually we did 2 of them over the past 18 months, most during the winter months. Sure, it was fun to have a goal and follow the stories of other runners. But at the end of the day, I usually back off my miles after the Stockadeathon and turn to the pool for weekly workouts. But the pool wasn't an option and even when the YMCA reopened, I was reluctant to return. So, it was back out on the street for me and on occasion, when the weather was really awful, the treadmill. 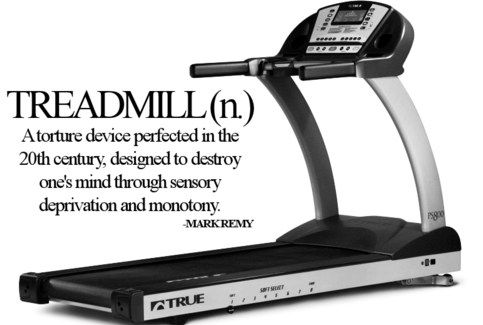 Are you nodding your head in agreement? And wait, did the time at home mean more time eating and drinking and so you may have a 'few' more pounds to haul around? Thankfully I did not gain the COVID 10-15 or 20. I just lost my zest for running. My mental 'game' was gone and let's face it, running is at least half mental. So, what to do?

Time to shake it up. And that's what some have started to do. I reached out to the One NY Challenge participants. One of them shared that they trained for a triathlon. This forced them to swim and bike, two activities they hardly engaged in before. Running took a back seat for a while as they 'got up to speed' in the other areas. Now, post tri they feel refreshed and ready to run again. So, variety can be the spice of life.

Have you been hitting the weights? It's possible a lack of workout time may be hampering your performance and that takes the joy out of the miles. So, reconnect with a trainer if you had one in the past or find a new program. As any runner knows, it's the arms that get you through the finish line, along with your legs!

How's your diet? Have you shed the weight from the winter of our discontent? Are you eating as mindfully as you did before covid became a household word? Remember, we are what we eat so finesse your fuel.

What's your running routine look like? Is it the same old, same old? Do you run the same route so frequently you're on autopilot? Simply changing the scenery can serve to recharge you.

And how about engaging a running buddy or adding someone to your running circle? In short, small changes can lead to big success.

I know, you're a year or two older and perhaps that's why you're not running as well. STOP. I just completed the Malta 10K and was passed by a fellow who gleefully told me he's 78!

So get up, shake off the blahs, find something new to do and when you feel refreshed, lace 'em up again and head out the door. And yes, I'll be looking for you at the Stockadeathon. I may be at the back of the pack, but I'll be smiling - happy to be out there and keeping an eye out for that 78-year-old!! 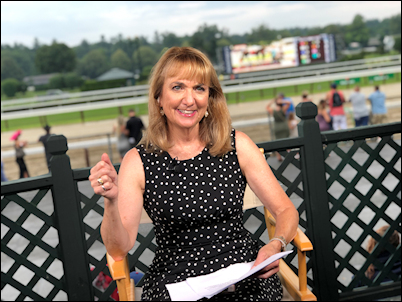 Benita spent 41 years reporting and anchoring the news at WNYT Newschannel 13. Her focus was health and she continues hosting and producing HEALTH BEAT, a bi-weekly health program on WNYT.COM.

Benita holds a masters and doctorate in bioethics from Albany Medical College. She earned her certification in Health and Wellness coaching from WELLCOACHES in June 2021 and sees clients at Capital Cardiology - although you don't have to be a patient to be a client.

When she's not working or running Benita is a proud member of Actors Equity Association and enjoys performing at local theaters.