Will Running be the Same after the Pandemic?

Many runners became bored with no races in sight and running without companions, while others flourished pounding paths or running down streets alone.  The question arises, how did HMRRC members cope with this or did they give up.

The pandemic surely contributed to my decision to cut out racing. It’s possible that it may be for good. I still run with a limited number of people.

I managed to stay fairly motivated throughout the pandemic and averaged somewhere around 40-50 miles a week. I ran some of my lifetime fastest 5ks and half marathons in 2020. The format and availability of races changed for most of 2020, so that was a bit of an adjustment.

I'm not really that motivated to be honest. Don't enjoy the cupless races.

I'm running but no real goals. Never know when races are cancelled. Only run 4 days a week. Sometimes still run with Andy.

Motivation to run was not a problem. I ran throughout the pandemic.  But I’ve lost interest in competition and running races over the last 18 months.  I think anxiety about the pandemic and all the issues we face made me want to focus on exercise as stress-relieving and restorative, without pressure. Click on picture for article on London Marathon Results

I’m in London and running the marathon!

Running has kept me sane! Karen Bertasso is my coach now, so she’s kept me in shape and I’m so appreciative!!

Running in the early days was an important of getting out and staying active.  However, the limited race opportunities were a challenge.

I joined during the pandemic.

I just tried to stay in shape at first. When it became clear that no races would be happening for a while, I set up time trials for the guys I coach but I never ran well in any of them because I just couldn’t push myself without it being for a reason. It’s just not the same as regular competition. Once we hit the end of 2020 and the numbers of infected started rising after Halloween, I went into a dark place mentally. So, yeah, motivation even through this year has been a problem.  So many races did not happen or some were modified. Staggered starts and virtual racing are awful. I appreciate people trying to figure out how to safely have races, but staggered starts are not real racing. 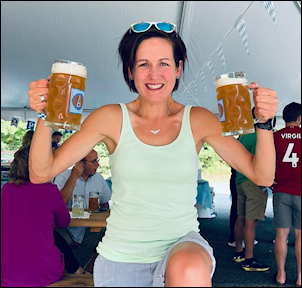 The pandemic made me run more. It didn’t really make me focus on anything in particular in terms of pace, times, PRs, etc. I just ran to keep in shape, burn off frustration and stress, and keep moving. Motivation was not an issue at all.

Since the shutdown, I haven’t raced. My running is now for fitness, mental health and fun. Motivation has fortunately been intact, as I have generally have running partners and a structure in place that works with my schedule.

Motivation was never a problem for me. Did a solo ironman last year and never stopped training this year. Crushed all my races this year.

Similar answer to the last time you asked this. I ran just as much as usual. I actually think I biked more in 2020 but that was a coincidence with the pandemic. I was still able to do a marathon last fall despite most races being cancelled. Motivation wasn't a problem at all!

The pandemic certainly took away in person racing from me. I found the virtual races to be not nearly as fun especially a solo virtual NYC marathon in November done at the State Office Campus. Motivation was a bit of a problem, but running was one of the few consistencies in my life.

I am running and am getting in the best shape I’ve been in for years! I am excited. 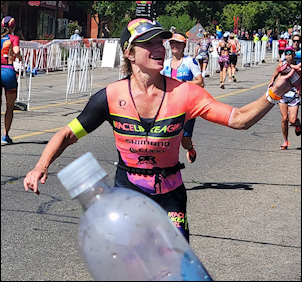 Training in COVID was an interesting time since all races were being pushed or canceled. For me, it became a time to work on my weaker disciplines… I knew I needed to focus on my bike and swim. I spent most of 2020 focusing on riding, doing my own races.  I used this as an opportunity to do 56 mile and 100 mile time trials. I was able to do over 10 - 100 mile rides and a group of us decided to ride 140.6 miles to Woodstock … That year gave me new focus and appreciation for racing this year. Now with racing resumed, I feel that I’m more confident riding and swimming and appreciate the races more if they happen

It was terrible. My motivation was chasing Strava segments!

Nah. Ran with a mask alone for the most part.

As we seem to remain mired in this pandemic its effects are as varied as snowflakes. For the fortunate few, if fortunate is the right word, there’s been personal growth and self-discovery. For me personally it’s been far from positive.  In 2019 I did 22 races. With last year’s outbreak I started with some resolve, and even managed some encouraging pace in two hybrid 5ks last fall. The onset of winter however brought the ennui of isolation, the inevitabilities of aging, and personal tragedy. That last especially took a large piece out of me both physically and emotionally. By the spring my identity as a “runner” was mostly a memory. Even the temporary euphoria that came with vaccination and before “delta,” didn’t lift me. Casual bicycling was about all that kept me moving.
Fall has always been the best season for running. The allure of a couple of September favorites, Watervliet’s Arsenal 5k and the jubilee Anniversary Race, boosted my spirits and motivation, even if the pace and grace of the past was elusive. Seeing familiar faces again became a balm for the spirit. Even so, the reality is that those halcyon days before covid entered our vocabulary may never be coming back.

Put motivation back in your running. Sign up for the Stockade-athon on November 14 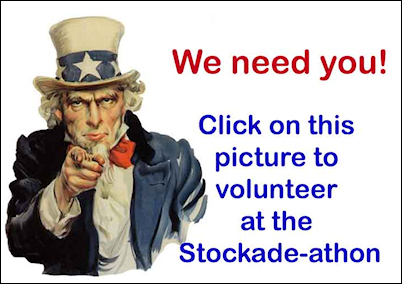