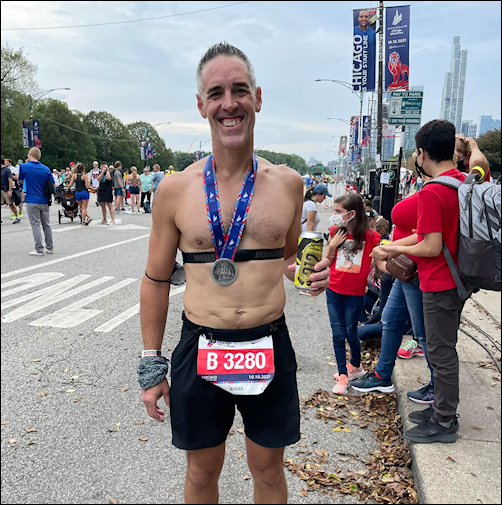 I waited over 2 years to run the Chicago marathon and it did not disappoint.  The city, its residents, and hospitality workers, were wonderful. The racing on Saturday and Sunday were added bonuses to my 4 day stay in the “Windy City.”

First up, the expo: the organizers ran the expo very well, ranging from proof of vaccine or negative COVID-19 Test check in, to packet pickup, to all the vendors, games, and entertainment. Big kudos to all involved at the expo!

On Saturday there was the Abbott 5K run. It is a great race for those looking for a nice easy run the day before the big party on Sunday. It is also a great way for family and friends who are in tow for the marathon to experience running in the city of Chicago.  An added bonus is the cool winter beanie hat you receive.  Who doesn’t like more race swag, especially a winter hat that you can wear running in lovely upstate NY winters. 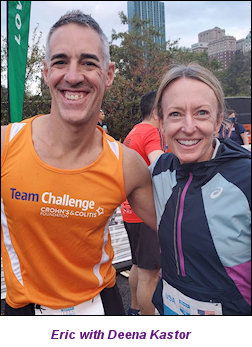 However, the 5K run was overshadowed by the opening ceremonies. Legends Joan Benoit Samuelson, Shalane Flanagan, and Deena Kastor addressed the runners prior to the start. Moments later, I spotted Deena walking through my corral. I waved hello and she waved back. I wanted a picture but was afraid to ask. I then saw her taking a picture with a fellow participant. I lost my apprehension and asked Deena for a picture. She was extremely gracious, said we could both remove our masks, and boom, I had a picture with the woman who holds the American record for the marathon. I had read her book years ago and I was amazed that I was meeting this woman who accomplished so much. I always enjoy how in running and triathlon how accessible some of the professionals are to us common folks.  It was truly amazing to meet the legend Deena, and it was the highlight of my weekend.

Sunday was race day and it was a hot one.  The temperature was 72 at the start, and the humidity decided to join the race too. The event was well organized and you could feel the energy. Once we started at 7:35 any anxiety left and it was time to run 26 plus! The spectators were amazing throughout the marathon. As many know, spectating at endurance sports can be as exhausting as participating in them. During the run you quickly notice that the skyscrapers of the city and GPS don’t like each other. Fortunately, I noticed this during the 5K so I was prepared and kept track of my pace manually at each mile marker.

The 26.2 miles travels through 29 neighborhoods and there were 20 aid stations. At a late aid station there was a Biofreeze station where they will spray wherever you ask. The volunteers were in hazmat suits, which was funny to me. Some of areas you run through besides the downtown area are the famous old town and Chinatown. Every neighborhood was out in full force and cheering on the runners. Every 5K had a timing mat so that your stalkers knew how you were doing.  As the race went on, you could see that the heat affected many, with medics in action, runners down, and many pausing to work out cramps or expel the contents of their stomach. I certainly did not have a PR or hit the goal time that I had in mind. However, going into the race and weekend I wanted to enjoy myself and that goal was accomplished. I will be back to race Chicago again and maybe next time it will be a PR, but if I have fun like I did this weekend, I will be satisfied. 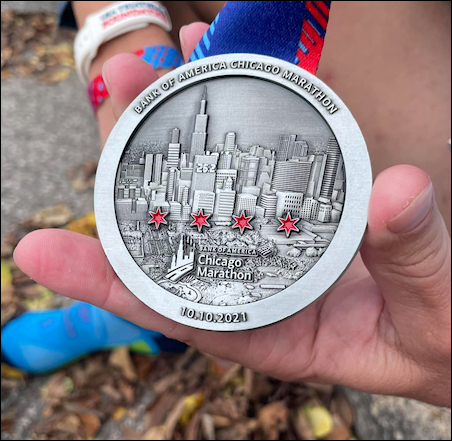 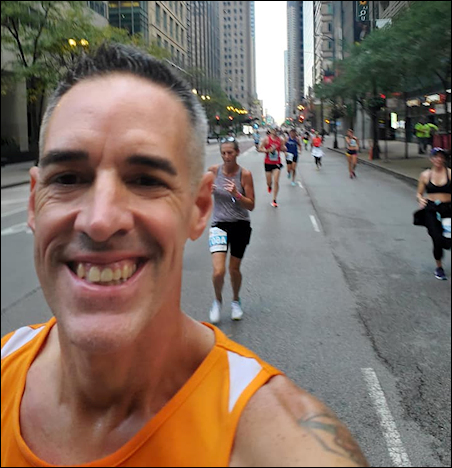 From 5K Race the day before 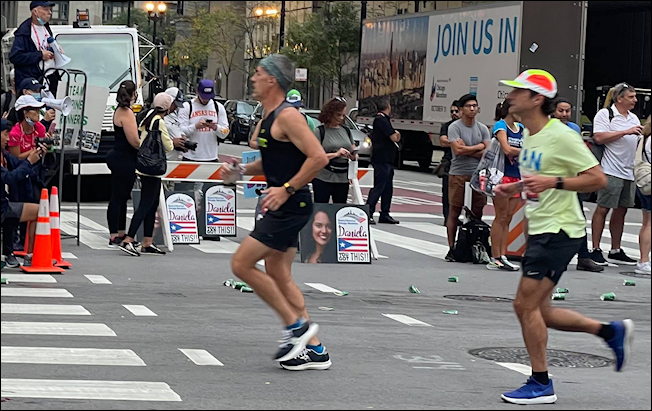 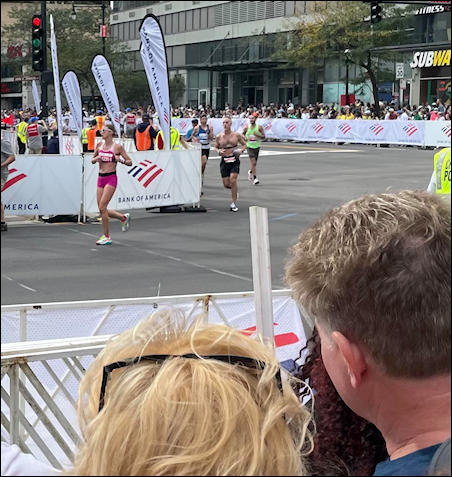 Notice shirt is off as race heats up 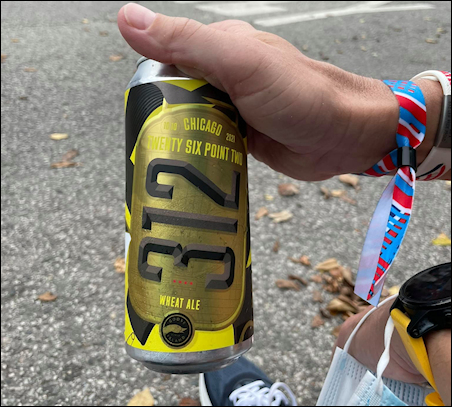 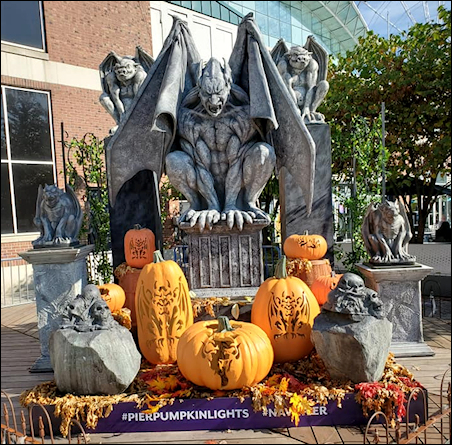 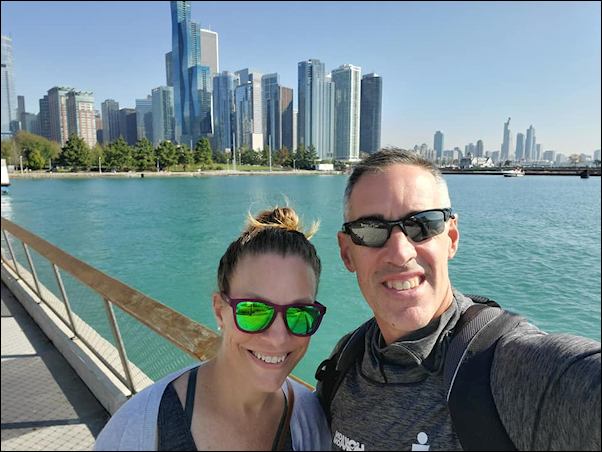 Sightseeing the day before the race