Nothing Is More Predictable Than the Unpredictable 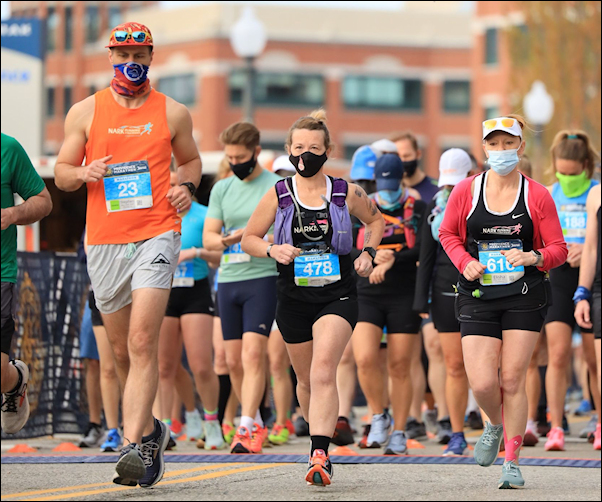 I was feeling amazing at the start, but the start is never an indication of how the race will end.

If there’s one thing I’ve learned about running races, it is that nothing is guaranteed. Races can be extremely unpredictable, with a plethora of variables that can quickly make a race go from good to bad in a matter of minutes. However, sometimes those minutes are all that are needed to overcome incredible odds. Nothing drove this point home more than the past couple of months.

In March, I was only a couple of miles into the Electric City 5 Miler when I became concerned about shooting pain in my foot. As any self-respecting, stubborn runner might do, I ignored the pain and ran the rest of the race anyway. My anger welled up as I hobbled home, my foot hurting more and more. I was mad that I didn’t run my best race, that I was injured, that the injury seemed to come from nowhere, and that I would have to rest for a potentially indefinite amount of time. Anger quickly deteriorated into depression.  My dreams of running the Providence Marathon in May started to fade quickly.

Miraculously, with a TON of bicycling, percussive massaging, stretches, strengthening, and every other thing I could do to heal, my foot slowly got better.

By the time the Providence Marathon arrived, I had lost fitness.  I missed my long training runs and felt undertrained.  Many worries went through my mind. What pace should I go? Will my foot hold up over 26.2 miles? Will I finish? Am I crazy for even wanting to run a marathon? Is there more to life than running? Putting these worries aside, I decided to run the marathon and, if things got bad, I would walk no matter how far I had left.

It took 17 miles before I started to feel things go wrong. My calf muscle was tightening up, the sun started blazing, the temperature rose well above the originally forecasted amount. I knew right then that the final miles were not going to go the way I had planned. Calf tightness quickly became pain, which spread to my foot. The scorching sun rendered my hydration plan obsolete and my mind went to dark places. My 30+ minute PR was not going to happen, I wanted to drop out, but my coach Mat Nark explicitly told me that “DNF was not an option” and I wasn’t mentally prepared to receive a “DUDE!” for not finishing. After running a 50 miler a few years ago, I recalled that walking is surprisingly fast, especially if you are able to mix in running. So I walked. I walked fast. After walking fast for a bit I realized that I could still run. I ran. I alternated between walking and running and started passing people. 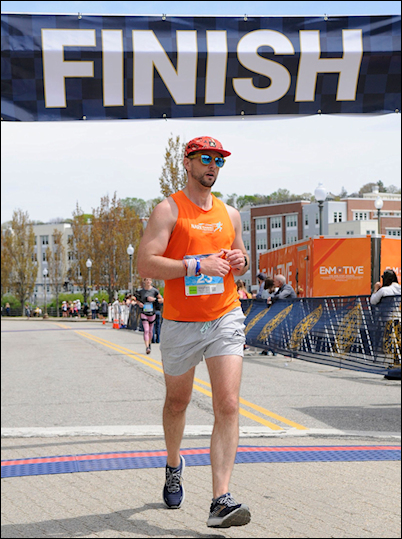 While it was not the race nor the time I had hoped for, I was still happy that I finished.

Nine hot, slow, and seemingly unending miles later, I  reached the finish line only three minutes behind my PR. Considering the circumstances, I was incredibly proud of myself.

My story isn’t unique.  Many others can attest to the fact that there is no guarantee for how a marathon will go. Christine Myers tripped on a muffler in the early miles, broke her arm, and overcame such odds by placing 2nd Female Overall.  Despite the heat, Val Curtis ran an excellent race and took 1st Female Overall. Many runners set PRs.  One had their shoe fall apart.  Another got lost, while others were more than ready to vindicate themselves with a Fall marathon, including me. 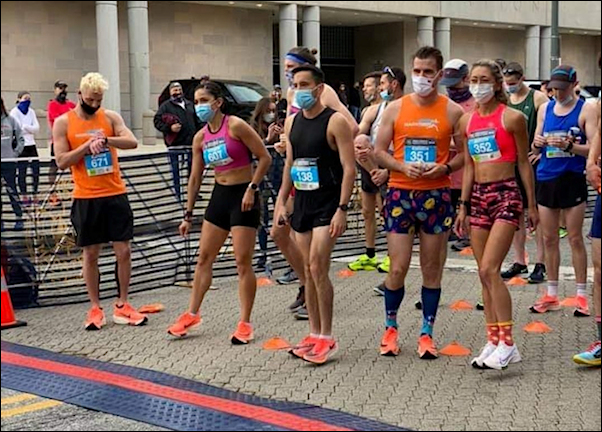 Val Curtis and Christine Myers at the start line, ready to nab 1st and 2nd Female Overall despite Christine breaking her arm during the race.