Changes Brought About by the Pandemic

Covid-19 caused an unwanted upheaval in our lives, but the extra time and isolation that accompanied it changed our routines and added new elements to it. Interestingly a significant increase in running resulted. Prominent runners in our community were asked how they coped with this. 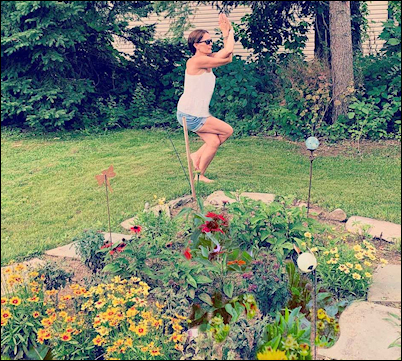 I researched and planted a pollinator garden and enjoyed it all summer and fall—never spent much time gardening before! I fully committed to a plant-based diet and cooked A LOT. And, I watched more TV than ever before in my life—Ted Lasso and the Crown have been my favorite series.

During the pandemic I transitioned from being a vegetarian to a vegan and found a newly profound love for cooking & trying new recipe! 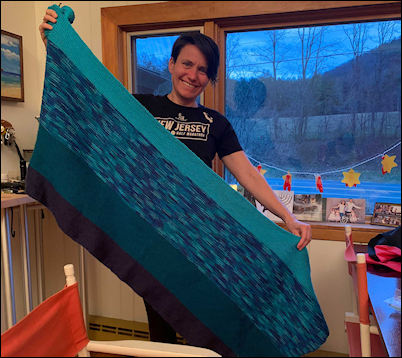 Crocheting! It helped get me off my phone when just hanging out. Also, added more strength training. Working on a blanket, it’s not done, but I’ll send an in progress picture.

Nothing new .. but time to watch NETFLIX! Usually Sunday night 8-11 is my TV time. Now, with no theater to perform in,  I had time to catch up .. the hubs and I made a routine after dinner to watch together, and it's been lovely ... We particularly liked Ozark, Longmire, and the Queen’s Gambit. 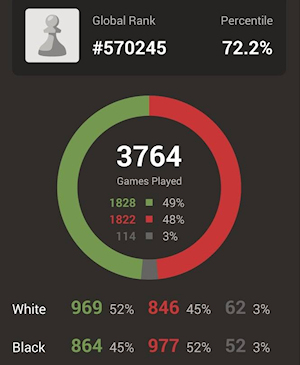 I re-discovered Chess. I was supposed to leave on Friday, 3/13, for roughly 4 weeks on the road of putting on events, getting back into town the week of our Druthers Helderberg to Hudson. Two days prior, my father was admitted to the ICU in Hartford, which was the same day that COVID-19 basically shut down American society as we knew it. In a matter of barely 24 hours, that month of events in DC, VA, NC, and CA were all canceled. The silver lining was that I was already packed for travel - so I got in my car and drove to Hartford to visit my dad in the hospital, with no idea when I'd return to Albany. It was the strangest feeling, to go from an existence that is generally scheduled up to 12 months in advance, to having no need to be anywhere or (figuratively speaking) do anything. Amidst the stress, and also isolation of that week (Michelle stayed in Albany), I slept little, and the Chess.com App became my go to, as the focus Chess requires would take over my attention in a way that nothing else can. It truly is remarkable. Perhaps I became a little too addicted; I would play nearly 3,800 games in the 9.5 months to follow. That's a lot of sleepless nights.

Life hasn't changed dramatically for me as living off the beaten path I spent a lot of time alone before the pandemic. What I have done is some of the same things I always did but more of it alone. One change is that my social life revolves much more about getting a coffee at a drive thru and talking with friends with windows down in separate cars. I have taken on projects at home so the pandemic has addicted me the time gor that. Those projects have gobbled up much of my free time. Dinners out have been take out eaten in the car or at a park. 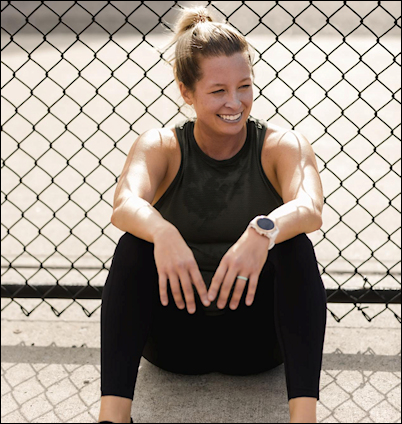 Major growth in diving into ultra running this year. What I found is that shifting to a relentless mentality has had been what I needed to embrace underneath it all. I grew in SO many ways that I will forever be thankful for. I never have been afraid to work towards a challenge and I consider myself a fighter but truthfully, I think I was always too early to pull back on myself, almost afraid to feel that uncomfortable pain, truly embrace the struggle, and resist the urge to give in. But in this years training, I found a new type of resilience in myself. Becoming an ultra marathoner has forever changed me .

I've always looked at being an introvert as something to overcome. Pushing myself to take on public roles has allowed me to feel more comfortable in an extrovert's world (or at least that is how we see it!). Then the pandemic hits and we shut down. Like everyone else I was sad to have gyms close, track meets cancelled, proms and banquets off the calendar, and the list goes on. But I was busy working on transitioning Freihofer's to a virtual run and planning workouts for athletes still hoping for races later in the season. I kept running with a very small group and brought together my athletes for open water swims. While I didn't find the time to pursue new outlets, I did give myself some down time. I slept until 7 (instead of the 5am wake up to teach TRX or take a group to the track). Our family dinners (which as a family of introverts already occurred nightly) were just extended in time a bit as no one had to head to another event. I did take some courses on Coursera and did more reading (I love doing research). This horrible pandemic has made me grateful that I (and my family) are introverts. I truly believe it has been easier for my guys to take this in stride. Yes, it absolutely sucks that spring track was cancelled, that classes were all online, that jobs were gone for a bit and then changed, and too many celebrations were cancelled. But each had their core group who stuck together throughout. Running was never cancelled and every day I felt blessed that we could all get out whether alone, with family or the small group to get some of our therapy. My husband Reid got back into running too. He lost weight and now craves the endorphins as he chases PRs. So what did we discover? Being an introvert isn't so bad after all! We are social beings, but in varying degrees. I'll continue to stretch myself and hope that my extroverted friends have found that living in an introverted world has some benefits too. At some point maybe I 'll get back to knitting and start binge watching all the shows that I never started in the pandemic! For now I'll just be grateful that we can see a light at the end of the tunnel. I'm busy working on the 43rd Freihofer's Run for Women as I know many need to get out on the roads - with others - for a physical test and mental therapy. Bring on 2021!! 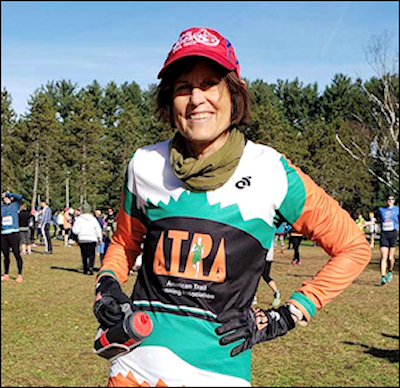 I learned how to work two full time jobs as the same day we went on pause, I was asked to fill in for someone who was moving to another department and we aren't hiring at present. So basically, I learned how to delegate and how to fake it.  My most successful ploy is to use reverse logic and answer my emails from top to bottom on the theory that I will never make it all the way down.  I discovered that benign neglect caused a lot of the problems to either solve themselves or simply expire of old age.

On the home front, I actually straightened out all my bookshelves and even dusted!  I have always liked to cook but discovered I now had time to do so.  Working from home, I could throw something together at lunchtime and have a home-cooked meal for supper.  But most of all, I was constantly amazed at all the creative fixes folks discovered for taking social distancing to new levels.  When this is all over, I am curious to see what part of this will become the "new normal."  And when this is all over, I never want to hear the phrase "social distancing" and "an abundance of caution." 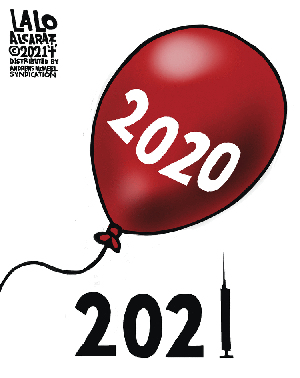