Everyone's a Front Runner at Gore 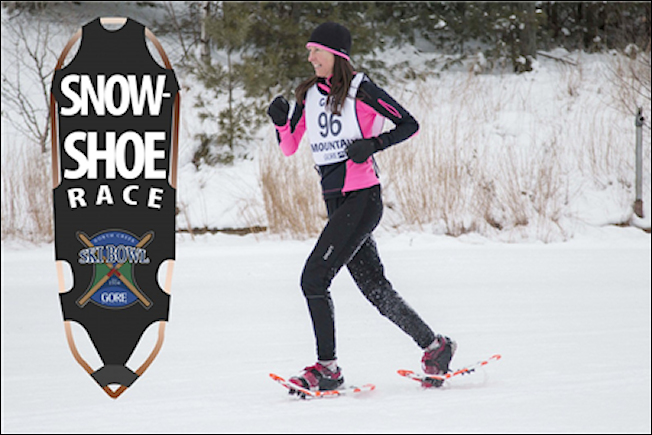 Because of COVID restrictions, Heidi Underwood of Underdog Race Timing, gave us a 20-minute start time frame. So there we were, milling around, unsure of what to do. It was comparable to our Saratoga Stryders Saturday morning runs, when we all recognize that it is time to get going but no one wants to make the first move. Moreover, it was a sunny almost 30ish afternoon and no one was particularly cold. It was really quite pleasant just standing there, almost committed, but not quite. I grew impatient and shouting, “Yay, I’m first!” I dashed off. Actually, I wasn’t. I eventually figured out that without fanfare, eventual winner Jeremy Drowne, had taken the early initiative.

The course consisted of five 1K loops around the Gore Mountain Ski Bowl. Rather like one of those bike criterions. The loops were supposed to have been longer, but some of the trails were closed for snowmaking. At first, I thought that five times was rather a lot, but eventually I grew to appreciate the abridged route as each swipe of the circle seemed really speedy in comparison to the familiar Citizen’s Race course. Made me feel like a winner.

Beforehand, I had tried to visualize the route, reminding myself that the first uphill, which always seemed the most difficult to me, was followed by a glorious downhill. I remembered that the next uphill was steep, but brief, and never seemed to bother me that much. But this time the first one seemed easy and the second more difficult. With each go around I tried to hunt and peck the fastest trajectory but naturally didn’t figure it out until the final circle.

As a consequence of the staggered window, getting lapped lost its meaning. Either someone who started just behind you was passing as in a normal race, or perhaps that person was on their first loop while you were pounding out your second. It was like everyone was their own frontrunner, strangely liberated from the temptation of running someone else’s race. And while we missed the snack bar and fireplace afterwards, it was just enough to be out there and to see our North Country friends once more.

On the drive home, the setting sun tinted the bare-brown trees purplish pink and I was reminded of my time in the Arizona desert. Folks ask how I could stand to be without greenery, but the setting sun flashes rainbow colors against the sandy canyons, rather like it did for the stark winter trees, reminding me that every place has its special beauty and every outing, even if not quite like before, is more than enough. 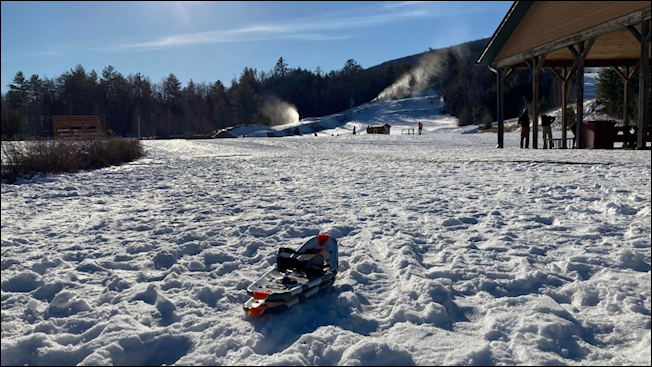 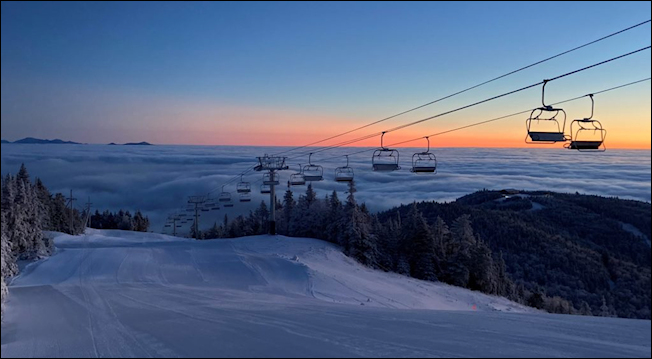 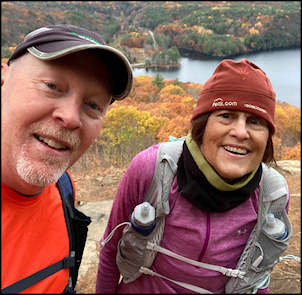 ARE You Ready for Adventure?
The Inevitable Staircase of Death
Trick? Or Treat? at the Hairy Gorilla
Behind the Mask: A Life Lived Virtually
Wherein Dodge the Deer Pulls up Stakes Yet Again and Bravely Encounters the Trophy of Death: Or ... The Grass is Always Greener on the Other Side