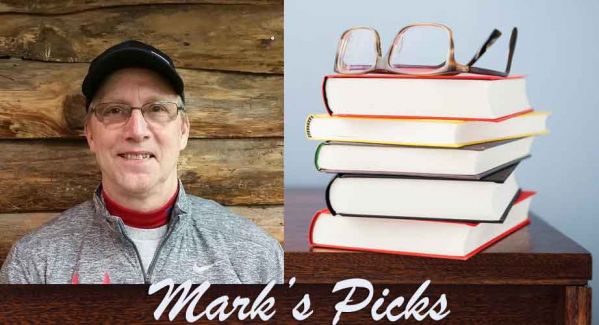 My second Stephen King in a year after not reading him for so long. This one is pretty straight forward thriller, not very much horror (a slight nod to The Shining with an alleged haunted hotel). Here we follow former Marine Billy Summers who has become a sniper for hire (with some rules - he only kills REALLY BAD PEOPLE). He is thinking of retiring and takes one last job - for $2 million, with $500k up front. The only catch? He has to stay in a rinky dink Alabama town awaiting the extradition of his target. The real story begins AFTER the shot! Enter Bucky and Alice. And...well you'll have to read it to find out. I have really enjoyed the last two King novels, The Institute and this one, and look forward to reading a few more.****

Renée and Harry are back together again. The two renegades like doing detective work their own way and it goes against the grain of the LAPD force. Renée takes on two cases during her midnight shift: one is the Midnight Men a rare pair of rapists who torture their victims all night. The second is a New Year's Eve celebration where gang bangers fire off guns and rifles at midnight and a former 'banger is found dead of a bullet to the head (was it a falling bullet or was it murder?). Renee' isn't getting much help from her LAPD detective compatriots many of whom are disillusioned by society's mistrust of police and the whole defunding process, so she turns to her old pal Harry for help. Of course, this gets Renée in hot water with her supervisors but maybe she doesn't mind being the 'black sheep' of the regime. Page-turning excitement. *****

My first reading of this excellent author who has four different detective series going, all set in Western United States. Here, in the latest release of the Sheriff Joanna Brady series, it's almost Christmas and Brady's daughter Jenny is coming home to Bisbee, AZ (also the city where Jance grew up!) and bringing her college roommate Beth with her. But then the complications start piling up. Beth is having an online romance with "Ron," or so she thinks. Ron is really a 70-year-old pedophile who plasters Beth's nude pictures online when she dumps him. Meanwhile Sheriff Brady has to deal with one of her deputies who is in a fatal shootout and is himself seriously injured. The cases mingle together as Joanna has to balance her home life with her life as Sheriff. Fast and furious action. Can't wait to read earlier books in this series and perhaps some of Jance's other works. ****

So so debut novel about how snowboarding competitors take bashing their opponents to a new level ~ including murder. Ten years after the “disappearance” of one of their friends, five former top rated Brit Ski Boarders reunite at the scene of the “crime.”  What really happened to Curtis's sister Saskia ten years ago? Will we find out at the reunion? Curtis, Willa (the narrator), Dale, Heather and Brent all may be suspects in the loss of Saskia. Kind of a one-by-one as we keep losing our friends. The premise was a bit ridiculous and the ending worse. **