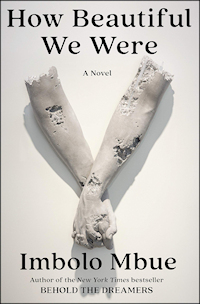 How Beautiful We Were:  A Novel by Imbolo Mbue

An epic and stunning novel about the environmental degradation of a fictional African village, Kosawa, at the hands of an American oil company.  As the health and economic impacts ravage generations, the people of Kosawa fight back and the struggle is devastating but powerful. The story is riveting and poignant in how it connects the complex emotional lives of its beautifully drawn characters with the intense social, political, and economic events of the plot. 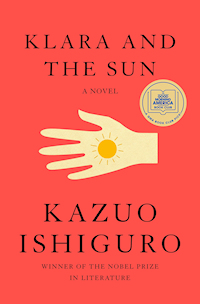 Klara and the Sun by Kazuo Ishiguro

A futuristic fable about artificial friends and how they integrate into families. This is a very restrained, elegant book that even with its science-fiction premise is ultimately about what it means to be human, how we experience transition, change and grief.  It is lovely and meaningful. 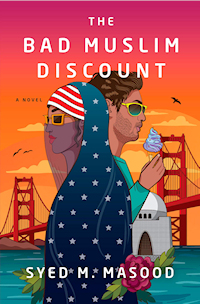 This novel follows two families over several decades from Pakistan and Iraq to San Francisco.  The family from Pakistan comes to California to escape increasing fundamentalism and settles into an immigrant life in a close-knit Desi community in the 1990s. Son Anvar tells their story and it is at turns hilarious, dramatic, and insightful about the immigrant experience. Told in alternating chapters, Safwa’s story from Baghdad is much darker and dangerous as she and her father make their way to San Francisco in the 2000s. The two stories eventually come together in dramatic fashion, shaking the foundation of their communities. 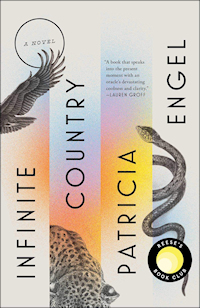 A powerful novel about Columbian immigrants, the effect of deportation on families and the false hopes of the American dream. This novel follows married couple Elena and Mauro as they leave Columbia in the wake of that country’s violence. After moving from place to place looking for work and staying beyond their tourist visas as their family grows, Mauro is deported and Elena makes the crushing decision to stay in America with two of her children, sending one back to Columbia to live with her grandmother. The ensuing years are difficult, and reflective of the experience of so many immigrants. This is a powerful read. 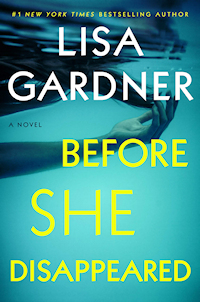 Before She Disappeared by Lisa Gardner

Mediocre story of an AA woman, Frankie Elkin, who travels around the country trying to find missing teens, mostly from low income or minority backgrounds. She has found 14 previously but none alive. Frankie has a troubled background; alcoholic, and no real family, just a former boyfriend named Paul she constantly refers to. Her latest case brings her to Mattapan, a Haitian community outside of Boston. Fifteen-year-old Angelique (LiLi) Badeau has been missing for eleven months and now her closest friend, Livia is missing too. Frankie takes a job for free rent above a bar (despite being an AA person she enjoys working in a bar and not drinking) at Stoney's and searches for LiLi during the day. Frankie has an uncanny ability to get people to confide in her when they are reluctant to talk to the police. Frankie also befriends the lead investigator on the case, Detective Lotham and the two of them try to find LiLi before she turns up dead. 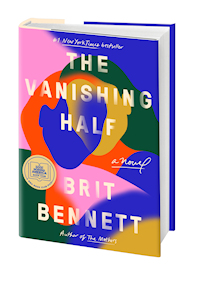 The Vanishing Half by Brit Bennett

A different genre than I normally read but decided to give it a go as it was suggested by my Union College book club and has also been on The NY Times top 10 for months. I was pleasantly surprised. More in the vein of "Where the Crawdads Sing", it follows the lives of twin sisters from the small village of Mallard, Louisiana (near New Orleans).  Mallard was established in 1848 by the great, great, great grandfather of twins Desiree and Stella Vignes as a place where light-skinned colored people could live without as much prejudice against them as darker skinned blacks. The twins, born in 1938, however, run away from the boredom of the small (and still prejudiced) town to New Orleans in 1954 at the age of 16. Here their lives take a major change as Stella decides to go 'white' and runs away and marries her white boss, Blake Sanders and eventually moves to Los Angeles. Desiree runs away to Washington, DC and marries a darker skinned lawyer from Cleveland, Ohio named Sam Winston. They each have one child: the very black Jude Winston, who goes to UCLA on a track scholarship, and the light-skinned Kennedy Sanders, who grows up knowing nothing of her mother's past and attends USC. The story then follows the confluence of Jude (who wants to be a doctor) and Kennedy (who wants to be an actress) and what transpires between them and their mothers. 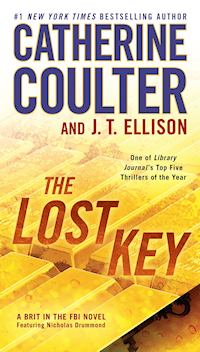 The Lost Key (A Brit in the FBI, #2) by Catherine Coulter and J.T. Ellison

Terrific follow-up to her initial Brit in the FBI book. Once again Agent Michaela (Mike) Caine and her Brit partner Nicholas Drummond, a newly minted FBI agent hook up in a 'can't-put-this-book-down' thriller. And literally the fate of the country is in their hands. Mike and Nicholas start chasing a complicated group of criminals who are trying to put together a MNW (microscopic nuclear weapon) which will be impossible to spot due to its small size. Throw in a fictionalized account of Madame Curie secretly coming up with a "super Polonium" weapon to potentially end WWI and another fictionalized group of concerned citizens around the world ("The Highest Order") who work to keep world peace of which she was a part and you've got a great story. Meanwhile a crazed German scientific genius named Havelock, whose father was also a member of the Order begins working on his MNW and only needs Curie's super Polonium to finalize it. And wouldn't you know it? The Order had stolen the Kaiser's sub which had Curie's notes and the key to finding the Polonium but it was lost at sea...Where is it? Who will find it? Will Mike and Nicholas stop Havelock from destroying the world? You'll have to read it to find out. Can't wait to continue this series. 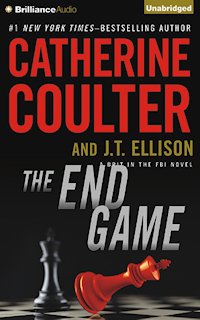 I really enjoyed this 'chapter' in the lives of Nicholas Drummond and Michaela (Mike) Caine, two high spirited agents in the F.B.I. and their usual crew who are up against a terrorist group, the Celebrants of Earth (COE), who are trying to prevent the use of Middle Eastern oil.  From bombing small refineries, they have turned to killing.  This is because assassin Zahir Damari under the alias of Darius has infiltrated the group to bend them to his goal of assassinating the President and Vice President of the United States. Meanwhile, the C.I.A. has a mole in the group, Vanessa Grace, who actually went to college with Caine. But when the head of COE, Matthew Spencer, aka The Bishop, discovers Vanessa is a traitor all hell breaks loose. People die. Can Drummond and Caine stop COE from blowing up another refinery and also killing the POTUS and VPOTUS? Read it to find out. 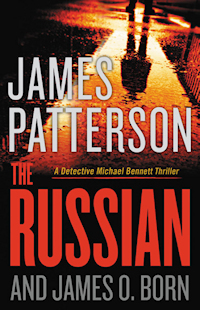 Bennett gets a new partner, a young detective named Brett Hollis and what do they catch for their first case together? A serial killer! As the story progresses Bennett discovers he really likes Hollis's attitude and thoroughness. Meanwhile we also get the story from the perspective of the killer, a quiet computer nerd named Daniel Ott (or so we think!) who doesn't seem to take well to women telling him what to do. So, he kills them in a precise gruesome fashion! Hollis discovers that Ott may be leaving victims all over the country from San Francisco to Atlanta as well as here in New York City. Oh, and Bennett and his young, beautiful Irish nanny (to his ten adopted children) are getting married in two weeks, so Michael is pretty distracted. Throw in the FBI and former flame Special Agent Emily Parker as well as a copy-cat killer and we have some new intrigue. And there may be more to Ott than we think (hint ~ the title!) A quick read, and a book you just can't put down.