A Look at the Olympic Marathon 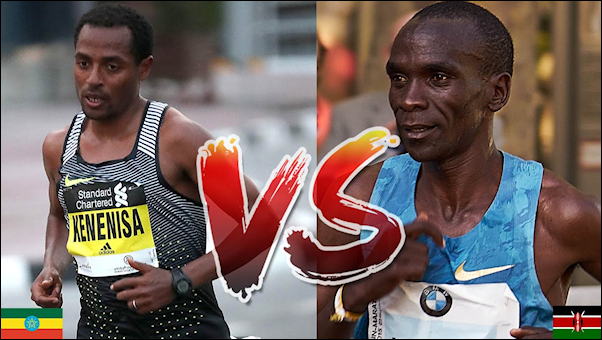 Though much of the attention paid to athletics by the public at the Olympic Games is given to the shorter, flashier, sprinting events, there is still a mystical quality that marathons hold. The marathon is much different than the shorter prime time events which can be watched in their totality.  In contrast, Olympic marathons usually start out on their 26.2 mile journey early in the morning or at night as in the Rome Olympics, in an attempt to avoid the summer heat, and competition is either entirely outside of the stadium or viewed inside for only the final lap around a track to finish.

For distance runners, the Olympic Marathon is a can’t miss event. One of the biggest stories in athletics at the 2020 Olympics in Tokyo likely would have been the marathon which would have highlighted the second showdown between legendary athletes Eliud Kipchoge and Kenenisa Bekele who might have beaten the current 2:01:39 WR held by Kipchoge. Given the tactical nature of the Olympic Marathon, this race would likely be much different from their last several events which were set up to essentially be time trials. This bout would be a gloves-off battle for the Olympic gold medal between two athletes who possess that rare dual quality of a pure time-trial runner and a gutsy, driven competitor. There is the distinct possibility that each of the athletes would surpass the Olympic Marathon record set in 2008 by Sammy Wanjiru of 2:06:32.  It’s also entirely possible at the conclusion of the Olympic Marathon you would have a split decision between the two and the perfect staging for a final showdown in Berlin or elsewhere later this year or early next year - a winner from London likely sporting the world record and a winner from the Olympics sporting the Olympic record – each decorated and set up for a historic best of three decision that could have been spoken about for ages.

Unfortunately for everyone, this once in a lifetime opportunity was put on hold by the COVID-19 pandemic that spread throughout the world. With the Tokyo Olympics tentatively put on hold until 2021, it’s a great time to look back and reflect at some of the historical events that occurred during the Olympic Marathon. The modern Olympic Games (starting in 1896) have only been globally interrupted three times – in 1918, 1940, and 1944 due the flu pandemic that killed 50 million people and World War II Besides the three interruptions mentioned, the 1980 Moscow Games and 1984 Los Angeles Games saw a world divided by a Cold War between two superpowers.  Attendance at each game was interrupted because of boycotts by countries along geopolitical lines. Frank Shorter in 1972 won the gold medal for the marathon at the Olympics held in Munich.  His win so electrified America that many credit him with creating a running boom in the 1970s in the United States that is still felt today. Shorter came in second at the 1976 Montreal Olympics losing to Waldemar Cierpinski who was later accused of doping.

At the time those two medals placed Shorter 2nd and 4th time-wise on the all-time list of Olympic Marathons. America was doing quite well at 26.2 miles! Unfortunately, 1980 would mark the gradual decline of American men who would not medal at the Olympics for the remainder of the 20th century. In fact, only two Americans have since medalled: Meb Keflezighi, Silver 2004; and Galen Rupp, Bronze 2016.

The road to the inclusion of the women’s marathon was hard fought and began in the 1960s and 1970s with individuals like Roberta Gibbs and Kathrine Switzer paving the way for women to compete when they entered the Boston Marathon as bandits! Without that mark of defiance it may have taken longer for women to be official participants in marathons. The 1984 Games, however, were a historic year for women as this was the first time they were allowed to compete in the Olympic marathon. The winner of this historic event in Los Angeles was American Joan Benoit, whose winning time of 2:24:43 is still the fastest among American women at the Olympics and is number 14 all-time at the Olympic Games. On the men’s side, the 1984 Games in Los Angeles marked the first (of only two times besides the 2012 Games in London) when all three medalists ran under 2:10:00. Time, competition, technology, and other factors have always been a part of the Olympics. It wasn’t until 1960 in Rome that the first Olympic Marathon runners completed the event in under 2:20:00. Prior to 1960, the winning times were similar to what is considered “sub-elite” times of today’s standards. Abebe Bikila not only won that 1960 Olympic Marathon in 2:15:16, he completed the course barefoot and was the first East African to win the event. Bikila defended his title from Rome at the 1964 Tokyo Games, where he ran in sneakers and lowered the record to 2:12:11. The impact of altitude on athletes would give legendary coaches and exercise physiologists such as Jack Daniels and Joe Vigil much to study during the 1968 games in Mexico City. Running 26.2 miles at 7,300 feet slowed competitors down and this marked the last time to date the winning time would be slower than 2:20:00.

In 2004 the Olympics would return to Athens for the first time since 1896. Undoubtedly there was a strong historical significance to the marathon, as the event ties its historical roots to the soldier Pheidippides who ran from the battlefield in Marathon to Athens in 490 B.C. to inform Athenians that they had defeated the Persians. Unfortunately, in 2004 the outcome of the race was impacted by interference, as a bystander ran onto the course at 22 miles and charged at Brazillian Vanderlei DeLima, who was winning. DeLima would fade after the disruption and would finish third. In the final two miles of that race, American Meb Keflezighi would position himself to finish second and earn a silver medal.  This  would mark Keflezighi’s first major accomplishment at the distance that he would follow up with a fourth place finish in 2012 and World Marathon Majors victories in 2009 (NYC) and 2014 (Boston). The 2004 Olympic Games in Athens were exciting on both the men’s and women’s side for the U.S., as Deena Kastor finished in third place to earn the bronze medal. During a time when there was a lull in distance running in the United States, both Keflezighi and Kastor were shining examples of patrons of the sport.

Although not due to a worldwide pandemic, the health and safety of the athletes was a serious concern leading up to the 2008 Beijing Olympics. The primary concern in 2008 was heat, humidity, and air pollution, so athletes were forced to take the elements into account during their training. Despite pre-race concerns about heat stroke and asthma attacks, Sammy Wanjiru broke the field open and put on a show on the men’s side as he won the gold medal in an Olympic record 2:06:32 at age 23.  He went on to become the youngest person to win four major marathons: Chicago in 2009 and again in 2010, and London in 2009, in addition to the 2008 Olympic win.   Only Moroccan Jaouad Gharib could maintain this pace and finished under the previous record in 2:07:16. Except for these two athletes, the heat, humidity, and particulate matter seems to have taken a toll on the remainder of the athletes, both men and women. Almost a quarter of the male athletes did not finish the race, while women’s time’s were two to three minutes slower than usual and about twenty percent did not finish. 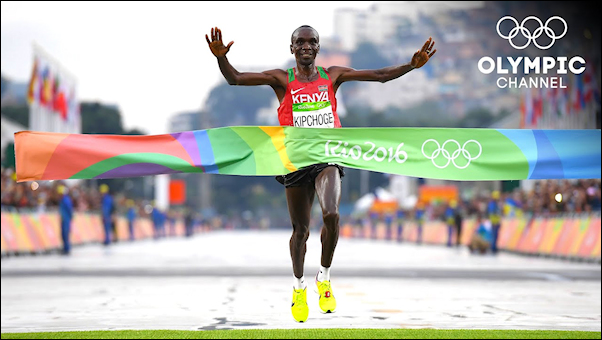 The most recent Olympic Marathon in Rio saw a close finish on the women’s side, as all five of the leading runners finished between 2:24:00 and 2:25:00. The victory by Jemima Jelagat Sumgong was the first gold for Kenyan women and a record fifth medal in the marathon for the country. On the men’s side, Eliud Kipchoge successfully transitioned to the roads for the first time at the Olympic Games, where he captured his first gold medal in Rio (after earning bronze and silver in the 5000 M in Athens and Beijing). Rounding out the top three was bronze medalist Galen Rupp, whose 2:10:05 made him the fastest American marathoner ever at the Olympics. The United States had a strong showing at the Olympic Marathon in Rio, as Jared Ward placed 6th after Rupp’s third place finish and all three American women finished in the top 10 (6th, 7th, and 9th). Kipchoge’s gold in Rio turned out to be a centerpiece of what has been almost a decade of his dominance in the marathon.

Although the disruption due to COVID-19 has prevented all major activities, with any luck the rescheduled, elite-only, London Marathon will rekindle the magic of the marathon on October 3rd. It would be great to see Kipchoge and Bekele put on a show that the world has been waiting for, and with any luck they can continue their efforts into 2021. Should this happen we’ll hopefully see a historic summer games take form in 2021 in Tokyo! 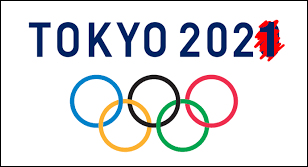 The COVID-19 Crisis is a Marathon not a Sprint: HMRRC Members – You’ve got this, it’s what you do 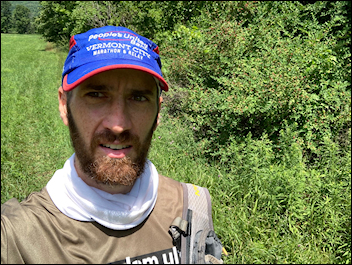 Thomas J. O'Grady, Ph.D., M.P.H. - Tom is a public health professional and researcher who is also a NASM certified personal trainer and a USATF Level 1 and VdotO2 certified run coach. For more information on training or coaching contact OGrady.Strategies@GMail.com or visit www.ogradystrategies.com.