Drawing the Line. Finding the Gems. 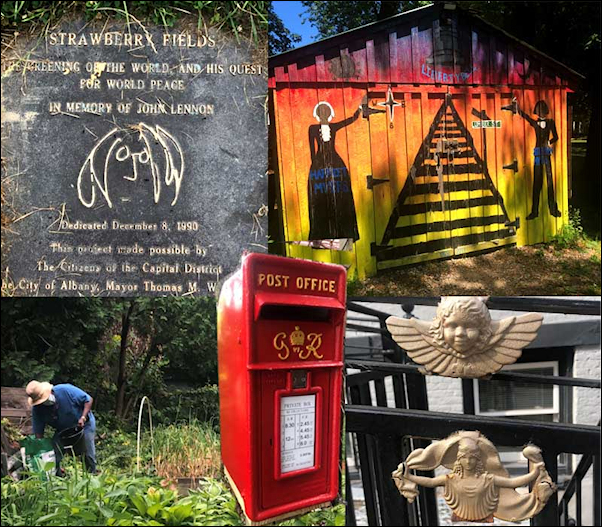 Redlining—good when runners do it, bad when banks do it. But what if runners redline like lenders, avoiding neighborhoods they view as risky?

Red lines were the signature graphic of the Capital Distract Challenge, a crowdsourced heatmapping effort that was among this summer’s more creative means of slaking the competitive thirst thwarted by Covid-19.

If we can’t crank out data by racing, heatmapping is another way to satisfy the obsessive-compulsive demon who dwells inside many a runner. You track your running routes digitally, then upload them via Strava to a map where you try to draw a line along every single street in a jurisdiction—or in the case of the Capital District Challenge, an entire region. That’s an impossible goal even when 506 participants are painting the towns red—so it’s an unending OCD itch to scratch!

I began by simply trying to chalk up miles for Team HR7260, named for the Social Security Act because all members were at least age 62, and one of 57 teams vying for the most total distance. I soon acquired a second fixation, capturing un-run streets in my Albany neighborhood the way Pokemon Go players seek digital monsters there. When I filled in all of the nearby blocks, I looked for a new challenge as I scoped out the CDC map.

Runners had laid thick red cords on popular routes in middle-class neighborhoods like Center Square, Pine Hills, Whitehall, and Buckingham Lake. Yet several nearby areas were blank. The red lines circling these neighborhoods—Arbor Hill, Sheridan Hollow, the South End—echoed the longstanding (now illegal) practice of banks that avoided providing mortgages for homes in them.

Call it risk management. But let’s be honest: It’s really about fear.

So I decided to reverse this redlining and draw my lines through these streets. I set out daily to capture the un-run blocks in neighborhoods that many white people just drive through or skirt entirely.

What did I find? A lot of house-and-garden pride on exhibit. Good wishes from people I ran past—bless you, stay safe, you OK in this heat? Politeness instead of paranoia when I pointed a camera-phone at the flower pots on people’s stoops and the vegetables in their gardens. A wealth of funky old signs, architectural oddities, hand-crafted self-expression, havens of leafy solitude, and sources of cool relief (like the Ten Broeck splash pad where I ran back and forth in brutal humidity).

Albany is rich in hidden gems: interesting sights that reveal themselves only to passersby on foot… who are a little nosy. I share some of them below.

What about that fear? Not one iota. As a white-haired white woman jogging and picture-taking in multicultural, multicolor neighborhoods, I felt no danger. Unlike a Black man out for a run in a white suburb.

Stephanie Mumford Brown is Chief Wiseacre at WiseacrePress.com, where she’s trying to compile the missing assembly instructions for the second half of life. She also writes for the Times Union Advancing and Golf blogs. 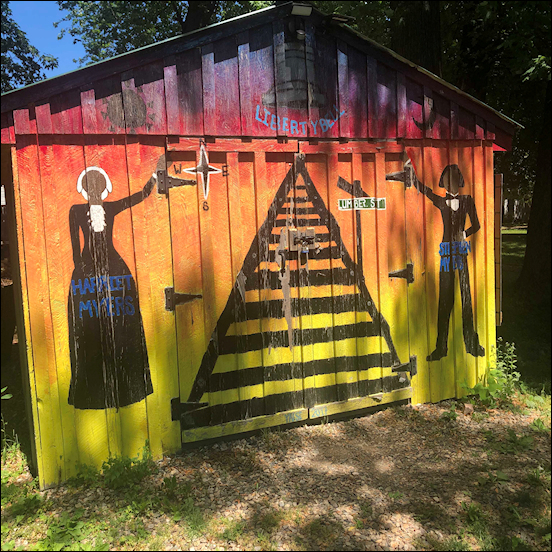 Harriet and Stephen Myers were abolitionist leaders in pre-Civil War Albany. The painting on this shed tucked behind their home on Livingston Avenue depicts the couple as conductors on the Underground Railroad. 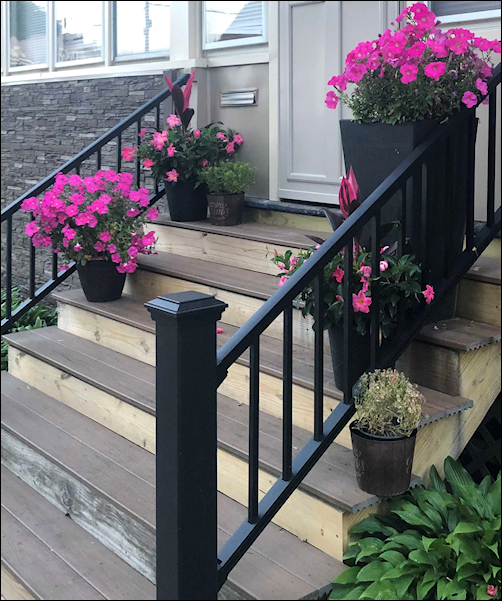 Most stoop gardens go for multicolor extravagance, but a magenta-lover on a South End side street knows how to present this difficult color with elegant restraint. 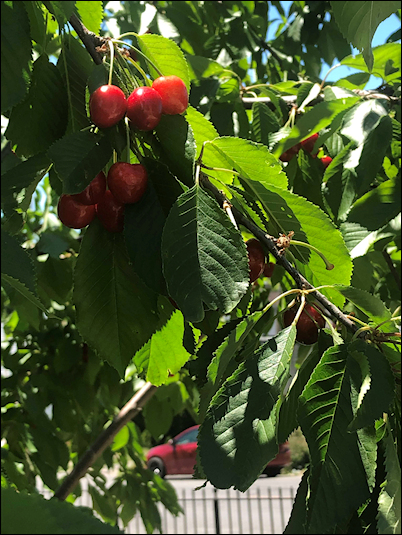 Delicious treat on Orange Street: Yeah, I stole some. 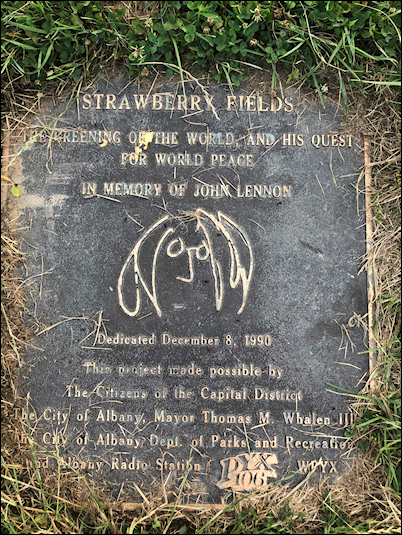 Did you know there’s a Strawberry Fields in Lincoln Park as well as Manhattan’s Central Park? This semi-overgrown plaque nestles in the ground near a bench with a commanding view. 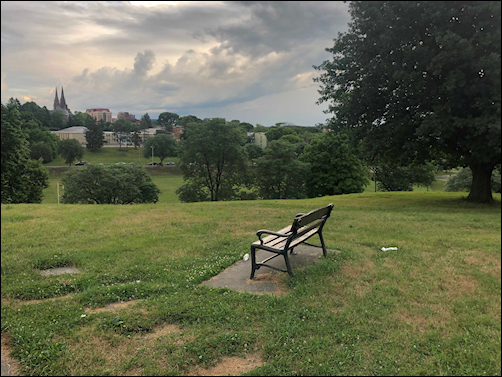 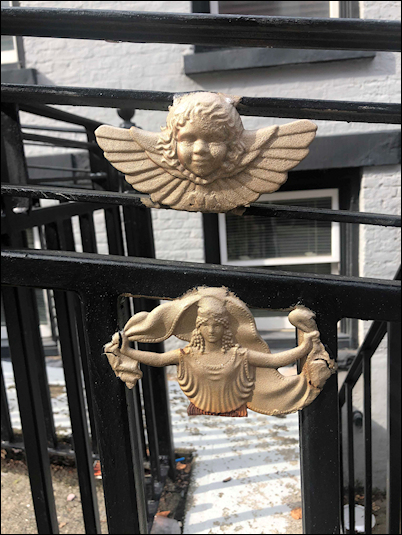 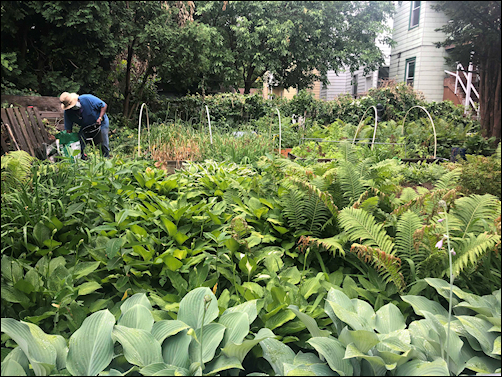 Urban microfarming takes place just a few blocks from the avenue bustle. When I envied his tomatoes’ productivity, the gardener credited the increase in sunlight this year after a nearby tree fell. But he said his ferns are turning brown in protest. 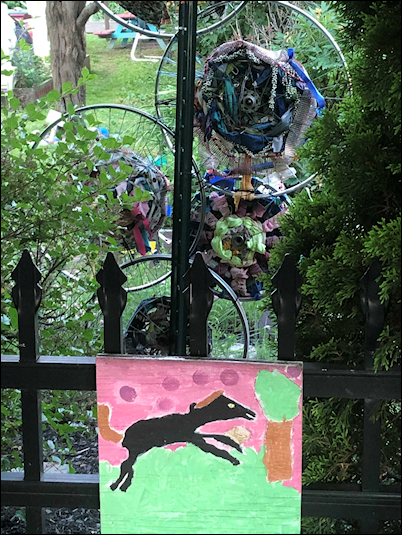 Art in a pocket park off Second Avenue 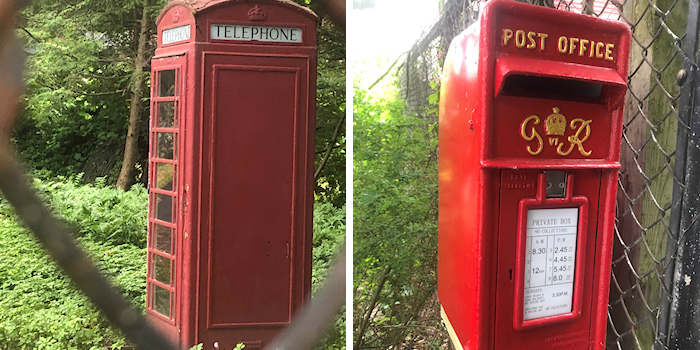 A big bit of Britain on Morris Street 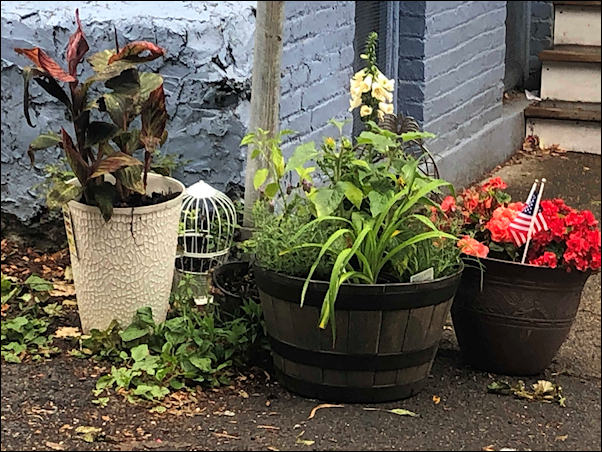 Even on a dreary block of the inappropriately named Spring Street, you can find someone’s joy. 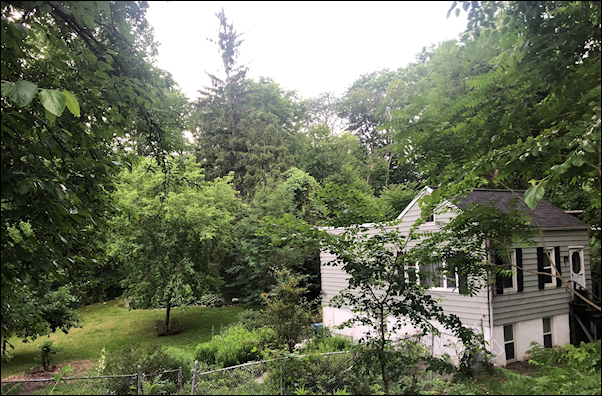 A covert cottage on Elmendorph Street transports the viewer to the country. Or another country entirely. 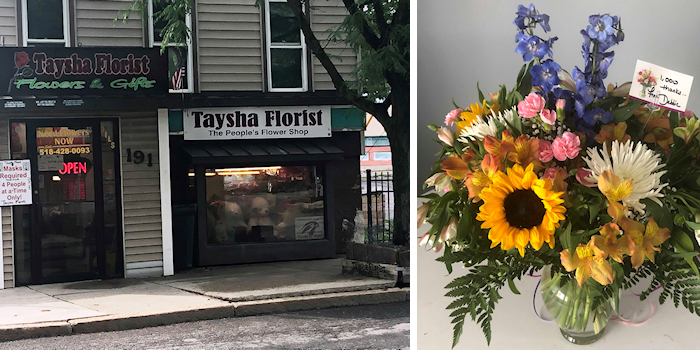 Hiding in plain sight from those who barrel across Howard Johnson Boulevard from I-90, Taysha Florist builds lavish bouquets of the sort sent to me by a friend for whom I did a favor (that may or may not have merited such a generous reward).