Get Out and Move! 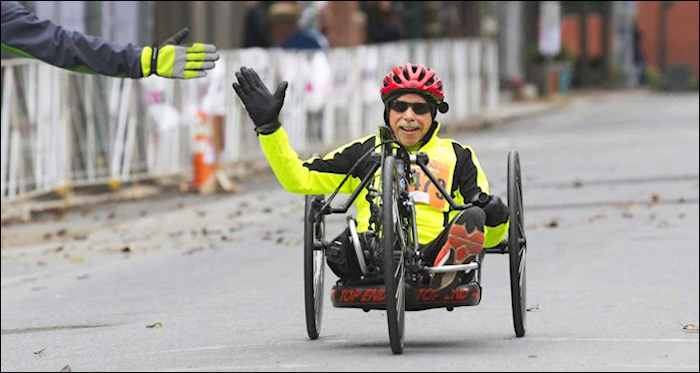 Pat at 2019 Troy Turkey Trot was first to cross finish line! Click on Picture for Video

Okay ... so like many others, I wasn't planning on being home this weekend. I was supposed to be in NJ attempting a first marathon on my hand cycle.

My nephew EJ was going to be running his second marathon ever and my son Jamie was scheduled to run the half. We had planned the mini family vacation weekend months ago around the NJ Marathon, with the rest of our small family coming to provide support and cheer us on!

In anticipation I had spent the month of March in Florida riding and training daily, building mileage up and cresting with a couple 20 milers on the trike. From my marathon run training days (way back in the late 20th century), I figured if I could do 20, I could do 26. It worked in running ... why not in biking? Outdoor swimming at the local Y was also part of the Florida training regime ... until the middle of March, when things there shut down. But the riding continued every day, with sunny skies in the 70's and 80's, till my departure on April 1. By then, we had been made aware that our marathon had been postponed to November. 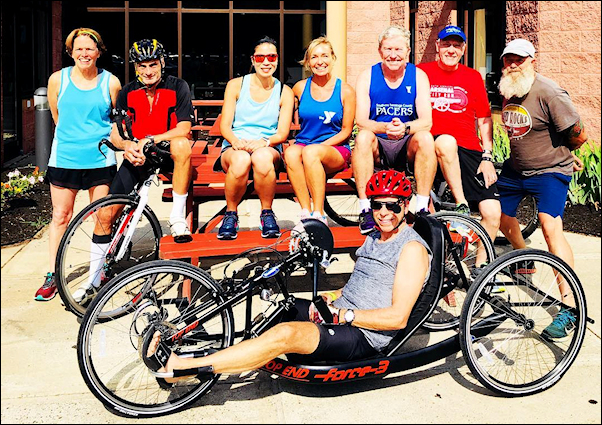 Upon arriving back in the great northeast, temps were not quite as toasty, but still they enabled me to get out on the trike a fair number of times. My thought was to continue to train and give the marathon distance a shot on the very same weekend for which the NJ Marathon had been scheduled. So, on Saturday, April 25th I set out on the relatively flat roads and bike paths of Clifton Park, with my Map My Ride app, to conquer the distance. It was a gorgeous day –- sunny and mid 60s. Although the scenery may not have been as picturesque as cruising along the ocean, it really was a beautiful ride! Similar to my first running marathon in 1975, my goal was to finish this one with a smile and feel like I had accomplished something special. 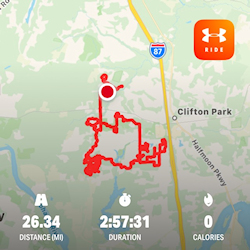 As the last 5 or 6 miles were "new territory" for me this time around, a bit of apprehension did set in. Like many marathoner runners, I recalled the times when the "refrigerator jumped on my back" at about 22 miles. Those days were not fun! However, on this day, on this course ... it didn't happen, and I finished! Now I will admit that riding a hand cycle 26.2 miles is not nearly as tough as running it! But I will also admit to a feeling of sheer satisfaction and sincere gratitude for being able to complete the distance at this point in my "athletic career!"

We'll see what happens in November! But the message here might be this: Movement is powerful! Whether you run, swim, bike, paddle, hike, climb, walk, etc ... get out and move! Then enjoy and appreciate the fact that you are able do so! It's a God-given ability that we so very often take for granted!

I hope you and yours will be safe and stay well...while you're "moving!" 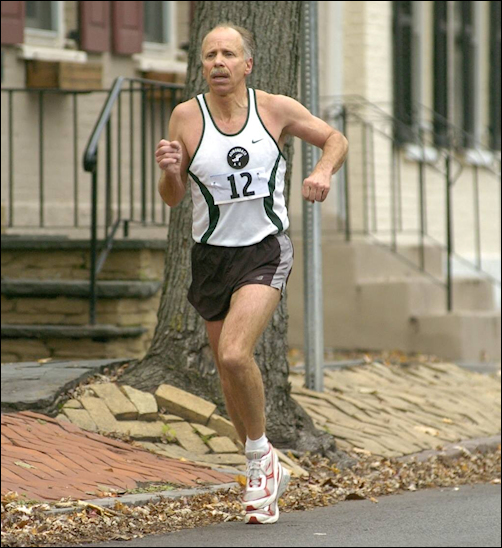 As an aside ... the end of April marks 3 years since my amputation. Since then I've been extremely fortunate to have the support of a wonderful family as well as supportive friends in the running, biking, and church communities. I do have a running blade which I'm still trying to master, and I also hope to get back on a two-wheeler. But in the meantime, I've discovered the hand cycle, which has provided me with a solid core and upper body workout that I truly enjoy! More importantly, it provides me the opportunity to GET OUT and MOVE! 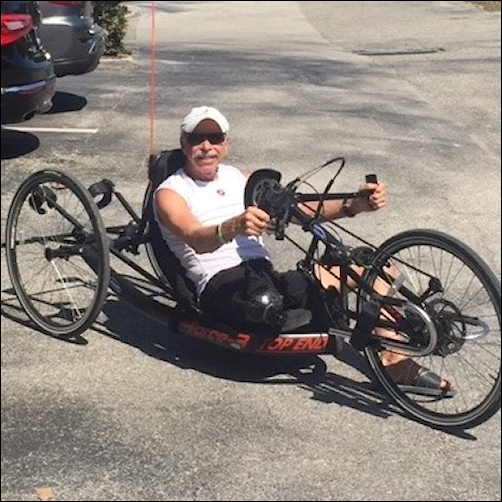