The Race is On! 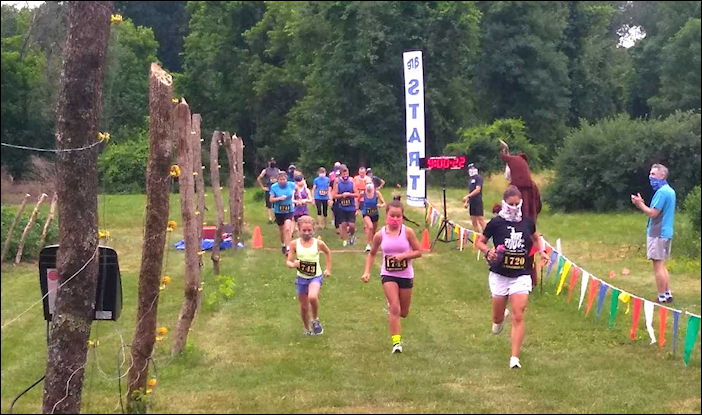 When the Covid-19 pandemic began, we all lamented over cancelled races. Yes, there were larger problems going on, but racing is something that many runners enjoy and as they all began to cancel, we all felt a sense of frustration. From the competition that gets your endorphins going, pushing you to run faster than you would on your own, to the camaraderie of seeing all of your running friends in one place and then the sense of accomplishment (usually) when it’s all over; it’s just something many runners live and breathe for.

I am no exception to this. Whether it’s a local 5k or a destination marathon, I love to race. I typically like to race once a month, sometimes more, much to my coach Michelle’s dismay. A PR, age group win and sometimes even top 3 females is usually my goal. I’m not the fastest of runners but I can hold my own and in many races I can often accomplish one of these goals. The euphoria of accomplishing these goals is something that is hard to match outside of racing.

I ran in the Atlanta marathon the day after the Olympic trials on March 1st so I felt very fortunate that I had gotten this done prior to the world shutting down. My heart went out to those runners who had trained for months, only to have their race be cancelled and all that hard work be for nothing. For those of you who have trained for a marathon, you know this is no easy task. The tempo runs, the speed work, the 18 and 20 mile runs, it’s hard work! The payoff of race day makes it all worth it, unless it doesn’t get to happen.

Some races went virtual. Definitely not the same but better than nothing, I suppose. I did a virtual 5k that I had signed up for prior to quarantine and ran it in my neighborhood, since it was at the very beginning of all of this. I feared that if I went to a flatter trail, there would be people there and it defeated the purpose of the race being virtual. As those of you who have run with me in my neighborhood know, this is not a fast flat course. But I had a respectable race. It wasn’t a PR but I did manage an age group win and second place female. Congratulations Emily Taft for kicking my butt.

My coach had the idea of doing an 8 week speed building program with no racing, so I turned down other opportunities to do virtual races.  As that 8 weeks came to a close, though, I did another virtual 5k, much faster than the aforementioned one but still not a PR. I chalk that up to the fact that I was alone and it was 90 degrees with 85% humidity. I did get 1st place female this time though.

Then, the moment I had been waiting for happened! I got an email that a race I had signed up for months prior was happening. Like really happening. Not virtual but in real life. A real live race! My daughters and I had planned to do it together. Last year they had done it and it was their first 5k so we thought it would be so fun to do it again. As it got closer, I thought, this is probably a pipe dream to think this race is going to happen. But the email from Josh came. Dodge the Deer was on! They had to move the location and have us all start in waves, but it was so amazing to see people I hadn’t seen in months. The course was on grass rather than the trail it’s usually held on, so my footing was a little unstable, but I was so elated to be running a race with real volunteers and actual timing other than my own watch and a finish line! The things we learn to take for granted when we have them all the time.

Josh and the ARE staff worked their butts off to make this race happen. They had to literally plow a farm to create the course and the parking lot. They had live timing all day as they calculated the time differences that resulted from starting us all two at a time across 4 different waves. At a quarter to the hour every hour from the first wave we ran, until noon. when the last heat started, we checked the results to see our standings.

As sore as my daughters were from racing after not doing so after so long, we were all on a runners’ high for days. My ten year old went as far as to say she wanted to train for a 10K. My 12 year old replied, that’s 6 miles! “I know”, replied Julia. “But that was really fun!” 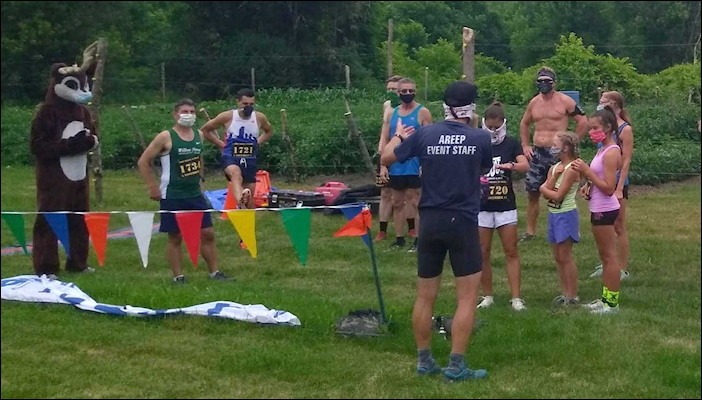