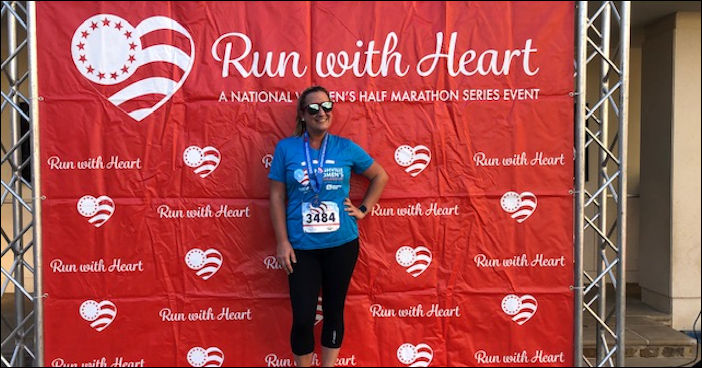 In January 2019, I decided I wanted to be as comfortable racing 13.1 miles as I was racing 3.1. I had noticed that the post-half marathon runner’s high usually got me passionate about running for another couple weeks until I fell out of my routine. What better way to commit to running than by finding that runner’s high on a monthly basis? I made a silly goal to complete at least one half marathon every month across the United States. I figured my goal would keep me motivated and would provide ample travel opportunities within the US.

After registering for my first few halves and the Mohawk Hudson River Marathon without even knowing if I was physically ready, I visited The Green Room Physical Therapy and worked with Dr. Irene Somerville to strengthen and overcome a nagging 10-year IT band injury issue. Irene worked closely with me to make sure I could physically manage each race, and I religiously followed Hal Higdon’s Novice 1 Marathon Training Program.

One year later, I am proud to share that I strengthened my way out of a 10-year injury while completing 12 half marathons in 12 different states as well as running my first ever marathon and hitting my highest annual mileage since my college running days. It’s exhilarating to run 13.1 continuous miles and know my body is capable of more. Running in 12 different states has been an added bonus!

I am trying to cut back on the half marathon travel this year for budget reasons but have already registered for the 3M and Mesa-PHX again, as well as the Las Vegas Women’s Half Marathon – and will probably do another race in either Minnesota or Wisconsin!

My little challenge began in January: 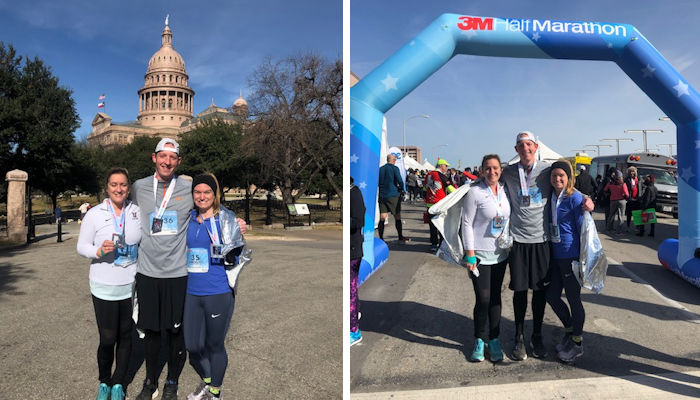 Not too hot (it was around 30 degrees at the start before warming up!), and very downhill on paved roads. Last couple miles wind through the University of Texas campus! I will be back this year to run it again. 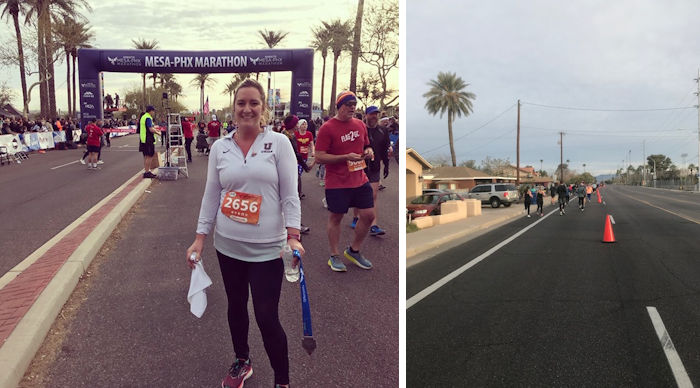 Finishing at a shopping plaza, this point-to-point race provided patio heaters, water, and mylar blankets to keep runners warm before the start. The race was almost entirely run on highway-type roads, and the greatest hills were the overpasses. Coolest part? They set fireworks off right before the race start. I am already registered to go back again this year! 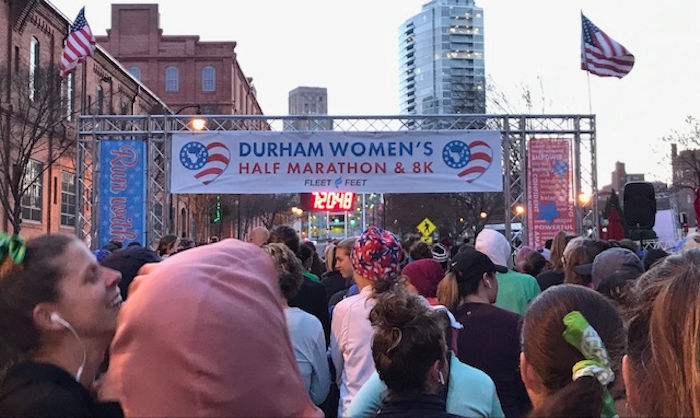 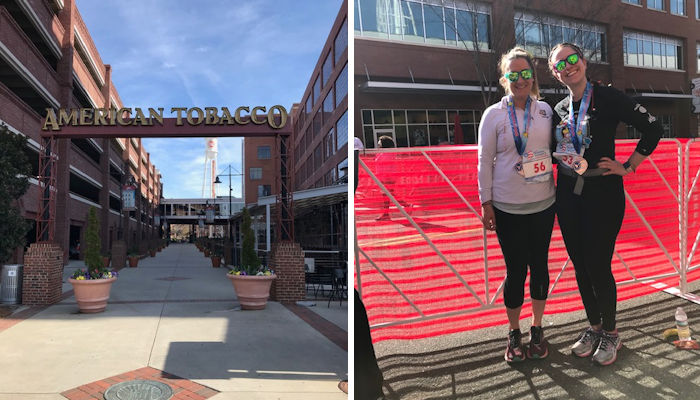 The temperature was perfect, and the course was phenomenal, running through the city and then a gorgeous park path. The rolling hills provided a little variety. 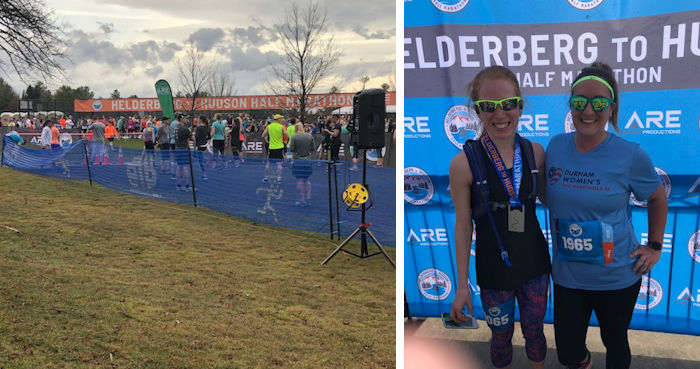 April 13, 2019: Helderberg to Hudson Half Marathon in Albany, NY
Another awesome race. Mostly flat on the bike path. Great temperature and well-organized. 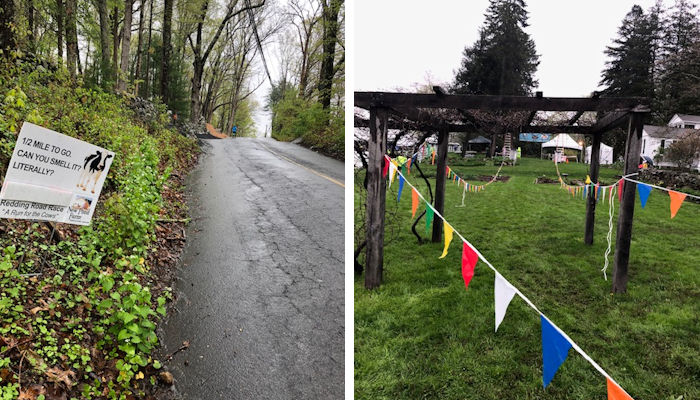 I did “The Mighty Cow Challenge” – a 5k and then half marathon back to back. The race started and finished on a farm (they had to temporarily move the cows to make space for runners!) and Olympian Bill Rodgers joined the pack. It was pouring rain almost the entire time, which made it almost possible to forget about the tremendous hills through beautiful wooded rural roads. 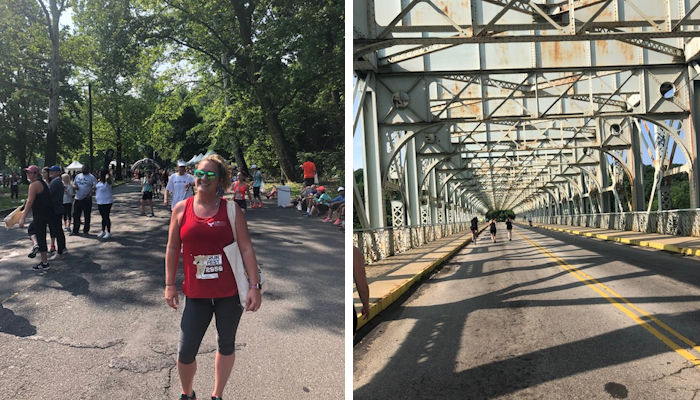 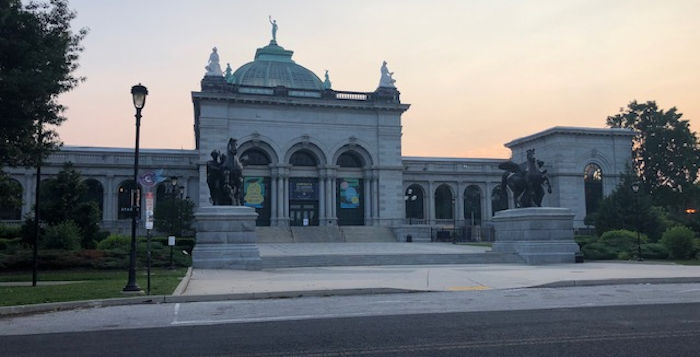 While I didn’t love the atmosphere (seemed more geared toward running clubs rather than individuals), the course was shaded and wound through paved park paths and roads in Philadelphia.

Dirt roads and park paths in the woods, with somewhat of an out-and-back course. Cute, small, fast! 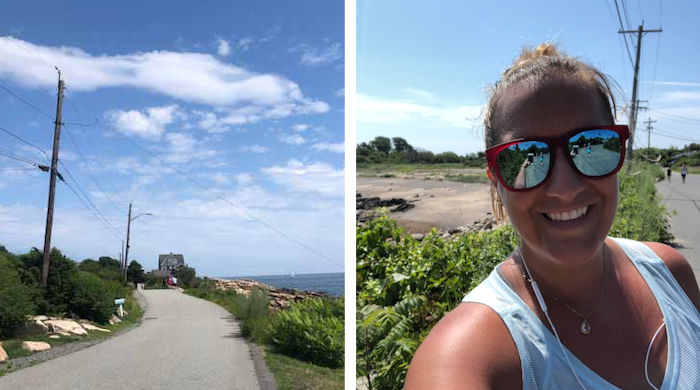 Triple Threat - 1 mile, followed by a 5k, immediately followed by a half marathon back to back. Small race, cool course. It was very hot with almost ZERO shade as we ran residential coastal roads. If it weren’t for spectators spraying runners with hoses from their houses, it would have been dangerously hot! 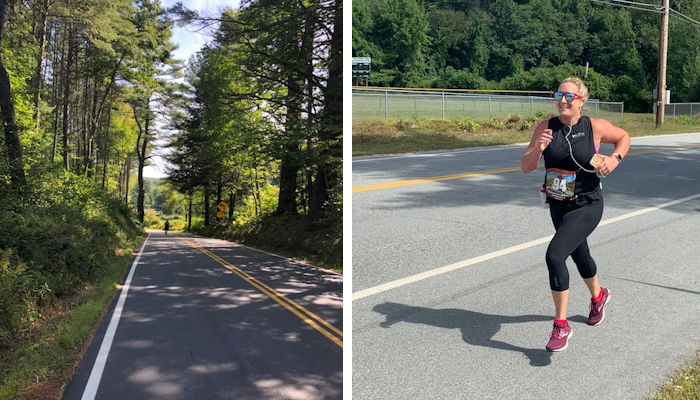 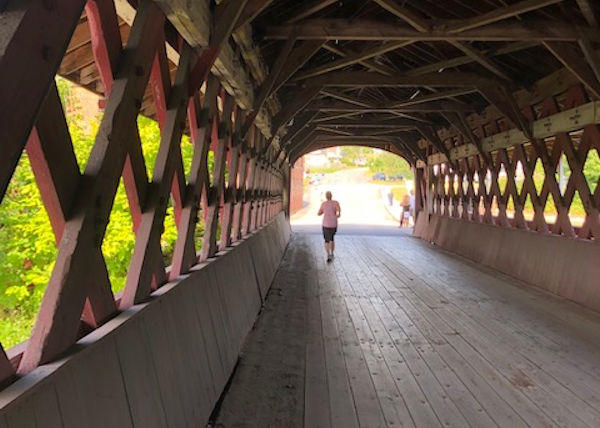 Small, hilly rural race that included a BBQ picnic at the end! Ran through some gorgeous covered bridges and wooded side roads. 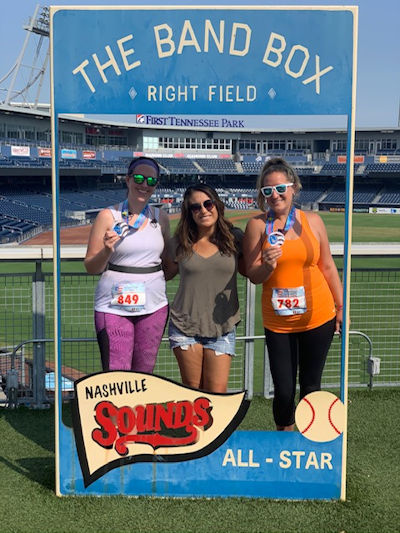 Liked the course around the city, but it was dangerously hot with few water stations. Very few shaded areas as we ran along the water and through industrial parks, and several people passed out on the course. Post-race party at the Nashville Sound Stadium! 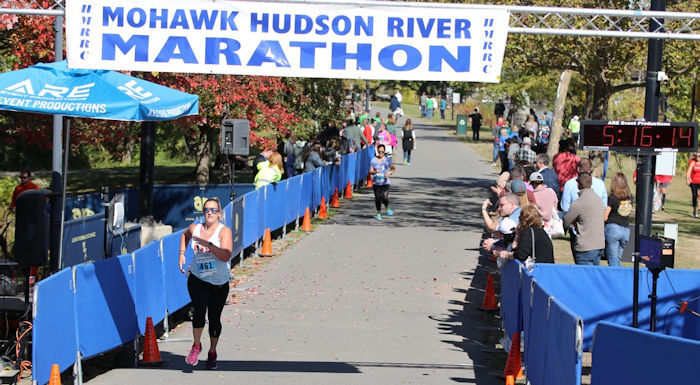 This race wound through some seriously hilly paved roads, covered with trees and with some neat scenery!

Cool and misty, this race was great to run. We ran over beautiful bridges and along the water. Mostly on paved roads. It was a semi out and back loop with all three races (5k, 10k, and half) joining and passing each other at some point.

Looking forward to running becoming even stronger and running more miles in 2020!