Why the CDPHP WTC Means So Much to Me 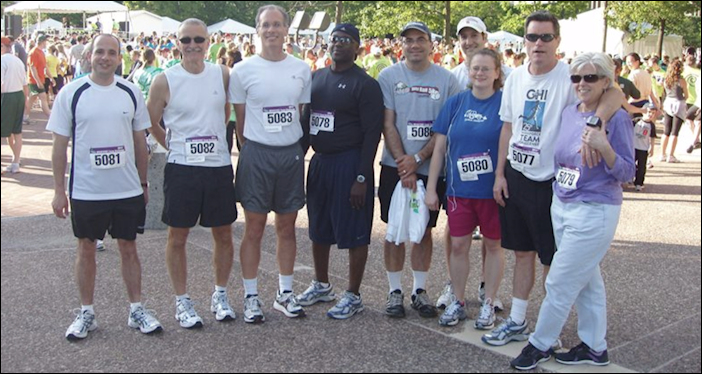 Growing up with severe asthma, running was never really an option. After having several asthma attacks as a child, I remember my doctor specifically advising me to avoid running. As a kid who loved to play outside until it was time to go in, this was tough. Gym class was always a challenge when we did track and field. I can remember either sitting on the sidelines or running for a minute then walking the rest of the way. Throughout middle school and high school, I found sports and activities that did not require a lot of running.

Fast forward to March of 2011 when my office (The National Weather Service) was starting to put together their team for the Workforce Team Challenge (WTC). Our captain at the time of the race, Hugh, was in dire need to recruit new people on the team. He left me an application and said, "Hey buddy, we need another runner on our team." I looked at him like he had two heads and said "I am not a runner. I have asthma, you are lucky if I can run for 2 minutes." So needless to say, I did not run in 2011.

Well, my co-worker and friend, Hugh, has a knack for being persistent. In March 2012, Hugh once again left another form for me to participate on the team. I remember taking the form and putting it back in his mailbox. For three weeks, Hugh kept asking me, "Hey buddy, you going to run the big race with us?" The pressure was starting to grow on me. So, I remember telling Hugh, I will run with the group, but don’t expect much. During the month of April, I remember submitting my entry fee and a donation for the charity of choice. After I handed over the money, I started to get nervous. I thought, I never ran any kind of distance and I am going to run a three-and-a-half-mile race.

During the beginning of the month of April, I went out and bought a pair of running shoes. My training plan had just started. I remember starting out by running for two minutes then walking for a few and repeating the same process. I remember the first two weeks were tough and I was ready to throw in the towel. By the end of April, though, it started to get easier and surprisingly my asthma was not too bad. I was running two days a week in April, and I felt like I was making some progress. I was starting to think I just may be able to do this race. During the month of May, I kept up my training. Race day quickly arrived, and I still remember that day pretty clearly.

Being in the weather business, you tend to remember the weather on memorable days. Well, race day was perfect, partly sunny and not too hot. I remember my friend and co-worker, Joe, who was also going to run the race, telling me, "You are going to do fine and are going to have a lot of fun." Joe said, “I will drive you down and will get you set up.” When we arrived at the plaza, I remember seeing crowds of people. I started to feel a big surge of energy and forgot I was going to run my first race. I remember that my co-workers were all setting up their GPS watches and I thought it was silly at the time. I thought, why do you need to time yourself, if they do it for you at the race? Well, my first race went off without a hitch. I remember telling myself, you can do this, just finish or you will never hear the end of this. I did my training pace throughout the race. When I made the turn into Washington Park, I felt pretty good and started feeling like "a runner." I was surprised by the many water stations along the course of the race. By the time I made my way back down Madison Avenue, I was starting to get winded. Then I saw this wall of people lining the streets and I felt like I just had a huge energy boost. As I made my way back down Madison, I could see the finish area. I couldn’t believe all the volunteers and people cheering everyone on. I finished my first race and it felt great. I remember my co-workers were at our meeting place and we were all talking about our race experiences.

That night, we all went out for dinner and I was beaming. My friend Ken, who runs marathons, was telling me we have to find you some more races. I then felt like I was part of the running club. After this race, I kept my running up and started to enjoy the sport. I remember returning to the Workforce Team Challenge in 2013 and running two other 5k races. With each year, I tried to improve my time.

Fast forward to today, I have run three half marathons and several 5k, 10k and 15k races. I now own one of those "silly" GPS watches too. Throughout the past eight years of running, I never thought I would enjoy a sport and hobby as much as this. I have met a lot of great people along the way and have drastically improved my health. Since I started running, my asthma has improved so much that I cut back almost entirely on using my asthma medication. Overall, I feel like my health, both physically and mentally, has also improved since I started to run. I owe it all to my friend and retired co-worker, Hugh, who kept pushing me to run that first race. 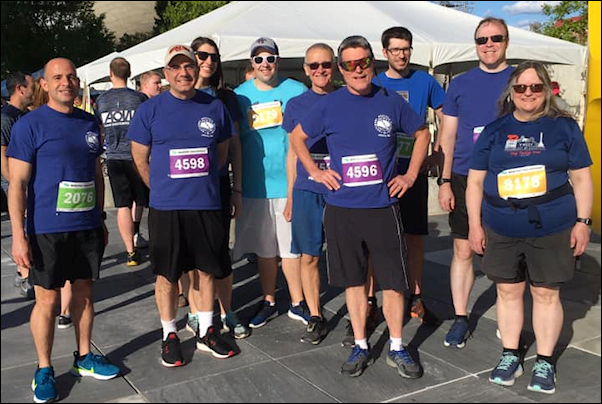 Montages of Vasil's Running in 2019 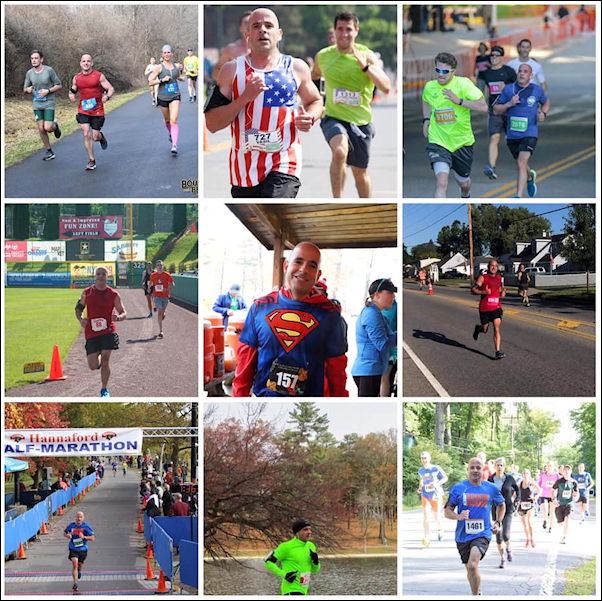 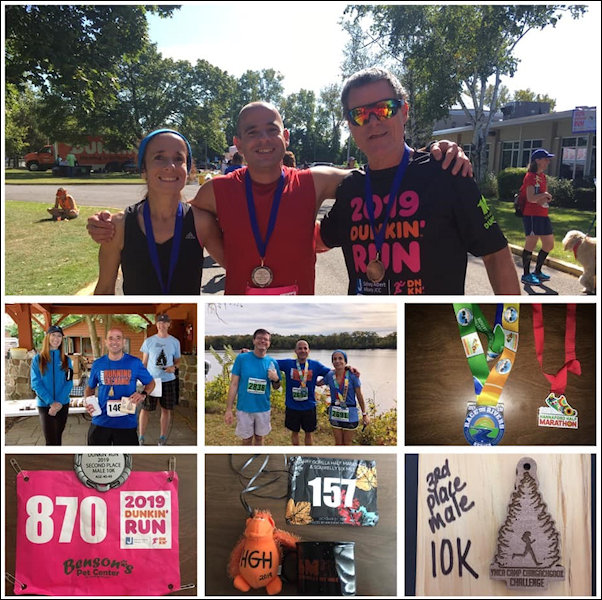