How Heartbreak Hill Got its Name: The Story of the Narragansett Indian Ellison “Tarzan” Brown

by Charles A. Bishop

Most runners, even those who have never run the Boston Marathon, have heard of Heartbreak Hill, the one-hundred-foot incline at mile 20 that has caused many a good runner problems. Few, however, know how the hill got its name. It happened at the 40th annual running of the race on April 20, 1936. The favorite that day was John Kelly who won the race the year before. The winner, however, in 1936 was Ellison “Tarzan” Brown, a Narragansett Indian from Rhode Island.

Brown got the name “Tarzan” from his athletic abilities one of which was swinging on a rope in trees like the fictional character of the same name. The Narragansett called him Deerfoot. Brown had run the race the year before wearing clothing made from his mother’s old dress completing the last five miles barefoot. He began running early in his life. In 1926 at the age of 12 he ran beside an older Narragansett runner, Horatio “Buck” Stanton, on a 20-mile training run. Stanton was amazed telling his trainee Thomas “Tippy” Salimeno that “some kid followed him the whole way.” Salimeno was also impressed agreeing to train Brown when he turned 16. That year he won his first road race, a 10-mile event, the first of many more races in the years that followed (New England Historical Society 2019). Often these races were located up to 40 miles away. Brown had to walk having no car. 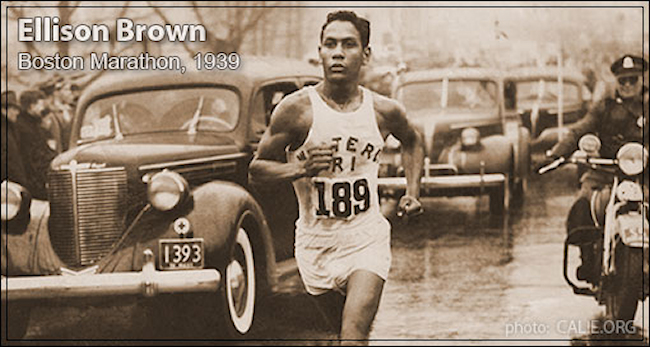 Cheering him on that fateful day at the Boston Marathon at the Woodland Park section of the course was a delegation of Narragansett Indians some dressed in ceremonial regalia and beating drums. From the start Brown took a commanding lead and was on pace to break the course record until mile 17 when he slowed down perhaps because he had come out too fast. Kelly who had been far behind was able to catch up and while passing Brown gave him a pat on the back as if to say “great run.” (Scott III 2020: 221). At this point Kelly fully expected he would win. Brown, however, was determined not to let this one slip away. He quickly caught up and two of the best marathoners of their day traded places until they reached the incline at mile 20 when Brown picked up the pace surging ahead leaving Kelly behind and winning in a time of 2:33:40.  The stretch of the course that did Kelly in became known as Heartbreak Hill, the section where Brown broke Kelly’s heart. Kelly won the Boston Marathon again in 1945 while finishing second several times including that day in 1936.

If this was all Brown was known for, he would just be part of Boston Marathon folklore. But that day he accomplished much more as ethnohistorian and member of the Narragansett Indian Tribe, Mack H. Scott III, describes in the April 2020 issue of the journal Ethnohistory. Here, I draw heavily on Scott III’s materials. Scott’s purpose is to demonstrate “how Brown and other Narragansett parlayed the runner’s physical accomplishments into meaningful community-wide social, economic, and political advancements” (Scott III 2020:223). 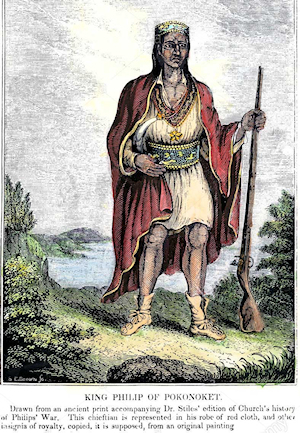 At the time of European contact in AD 1600 divisions of the Narragansett, an Eastern Algonquian-speaking people, numbering as many as 10,000 (figures vary), occupied most of the state of Rhode Island. Soon after, they suffered population losses from warfare and diseases while land was forcefully taken from them by White colonists. In 1675 the Wampanoag sachem known to the English as King Philip but as Metacom by his people, decided to attack the colonists in what is known as King Philip’s War. The Wampanoag were neighbors of the Narragansett. Over the next three years, large numbers of New England Indians including the Narragansett were massacred unmercifully and their lands confiscated. Metacom’s head was placed on a stake in Plymouth Bay.

After the war, the Narragansett coalesced with their neighbors, the Niantic, forming a single tribe numbering a few hundred persons. Thereafter, they eked out a living on a small tract of land hunting, gathering, gardening and working for Whites in relative poverty. By the early 18th century Rhode Island had become a central place for the New England slave trade. In the years that followed many New England Indians were captured and forced into slavery in the Bahamas and other locations in the Carribean. At this time the Narragansett numbered fewer than 200 persons with females outnumbering males two to one (Scott III 2020: 227-228). Consequently, escaped male African slaves became desirable mates for Narragansett women and because the Narragansett were matrilineal, they and the resulting offspring became full tribal members adopting Narragansett culture.

By the late 19th century the Narragansett numbered a little over 100 persons residing in southern Rhode Island. They were so inconspicuous that many Whites believed that they were extinct, so much so that the Rhode Island state legislature debribalized the Narragansett in 1880 and the R.I. Supreme Court affirmed the decision in 1898. In the late 19th century many Whites held the view that Indians were vanishing and that in time they would disappear altogether. Government policies such as boarding schools that forcefully removed children from their parents and homes and punished them for speaking their own language, and the Dawes Act of 1887 that divided up communally held Indian lands and allotted them into private family holdings were designed to accelerate this process. The Narragansett, however, had remained a relatively invisible but tight knit community united by ties of kinship, community-wide events and a sense of tribal identity. After the 1898 decision they fought to regain their legal status with little success until after Brown’s victory in the Boston Marathon. As Scott III states, “Brown’s success signaled to the world the Narragansett’s presence in Rhode Island” (2020:236). The Narragansett had not disappeared as previously thought. Ellison “Tarzan” Brown’s victory had made it clear that the Narragansett were still there. Public recognition provided a basis for them to eventually regain their legal status after years of court legal battles. In 1978 they gained access to 1800 acres in Rhode Island which became known as the Narragansett Indian Reservation; and in 1983 they gained federal recognition becoming The Narragansett Indian Tribe of Rhode Island.

After Brown’s victory in Boston he was chosen for the 1936 US Olympic Marathon team held in Berlin but got cramps in the race and didn’t finish. Perhaps he had over trained. He again won the Boston Marathon in 1939 in a course record time of 2:28:51 nearly five minutes faster than in 1936. He was the first person ever to break the 2:30 mark on the current 26.2 mile course. He won two more marathons in 1939. It was, however, his first victory in 1936 that drew attention to the Narragansett as a distinct vibrant people. Brown knew it too for at the end of the race he cried out “we done it” indicating that this was more than just a personal victory: As Mack H. Scott III so eloquently states: “it was a man who climbed Heartbreak Hill, it was an Indian nation that descended the other side” (Scott III 2020:241).

Brown married Ethel Wilcox, a Narragansett. He died in a car accident in 1975 at age 61. By then his name and that of the Narragansett were well known throughout New England. In 1975 the annual Tarzan Brown Mystic River Run in Connecticut, was established in his memory. 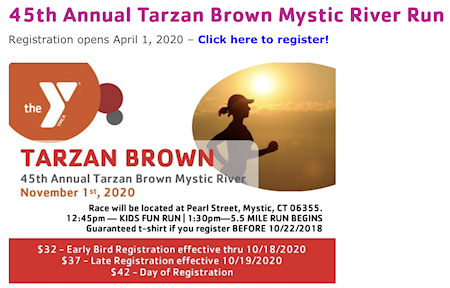 A special thank you to Dr. Mack H Scott III for taking the time to review and comment on this article.