Behind the Mask: A Life Lived Virtually 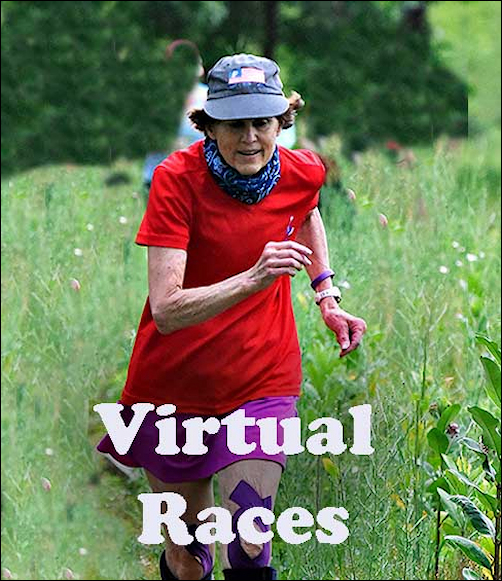 It had always amused me when my husband would obsess over his alma mater USC’s football games, stating earnestly, “The team needs my help.” And it was not just him, but it is an attitude common to soccer, rugby and baseball fans worldwide. Personally, I would rather spend my precious time doing rather than watching. Still, on some deeper level, I do get it – the sense of instant connection with a casually dropped, “Did you see the game last night?” But it took the COVID-19 pandemic to convert me to a life lived virtually.

At first, we were all blissfully unaware of the true implications. What could be so bad about a few weeks of working from home – I could man the computer in my running clothes and slip out for a mid-day run! I could get supper started during a work break! I could grab a beer to combat an afternoon slump! Gradually, though, when the true scope of the crisis revealed itself and toilet paper and hand sanitizer assumed a valid place on the currency exchange, I realized that this was not a temporary run in the park. As race after race folded due to “an abundance of caution,” I considered personal cartoon avatars who would represent me at Indian Ladder, Froggy 5 and Mt. Greylock. I could be my own superhero! I could win! Thankfully, I woke up in time and realized that particular pipe dream was not so far removed from the armchair participation I had previously scoffed at.

I began to get a bit annoyed that it wasn’t enough for me to run on the twenty miles or so of trails behind my house, communing with the skunks, black flies and owls. I know it should have been sufficient, but something was missing—a distant goal, companionship, the occasional medal acknowledgement. For me, it boiled down the missed opportunity for a shared experience. Turns out, the penguins knew about this all along. According to a study released by the New England Journal of Medicine, social isolation in the never-changing landscape of Antarctica led to a 7 % shrinkage in the hippocampus region of the brains of a research crew. With that bold stroke, shrink wrap became even more real. What saved us all was the genius idea to market “virtual real running events,” that were somehow grounded in community, took place wherever in the world you happened to be quarantined, and required perhaps even more pre-race preparation than the real thing. There are as many variations as there used to be 5Ks on a Saturday morning. 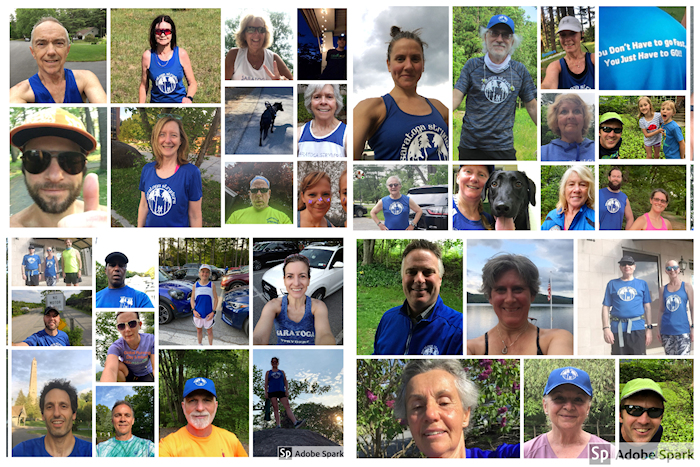 My first foray into living life virtually took place via the Saratoga Stryders (www.saratogastryders.org) where we initiated a Saturday-to-Saturday series of virtuals to replace our Grand Prix. And while the series is free to members, each had an optional donation attached, with the opportunity to throw $5 in the ring for the chosen charity. Our virtual 10K earned over $1,000 in individual and matching funds for the Adirondack Backpack program. Who knew this could be an unintended consequence of a simple $5 donation? With the opportunity to design our own course, competition was every bit as much about the ability to map a flat, fast route as the talent to actually run fast. Not quite satisfied with your time? Weather less than ideal? Then wait a few days and try again. Tension mounted as the final Saturday approached and “secret” times were posted fast and furious. Hudson Mohawk Road Runners Club (www.hmrrc.com) encourages members and non-members alike to sign up for their virtual Colonie Mile, from now until August 9. Participants are actually encouraged to update improved times, with the leaderboard changing daily to reflect a continuing level of excitement.

Innovation was seemingly endless—no more static penguins in our corner of the world at least. Bacon Hill Bonanza 5K & 10K offered two options: the fully-marked original route or your choice of an ideal self-designed course. Mega-events like Freihofers welcomed distant fans who were once more able to participate in their favorite home town event. My daughter, granddaughter, and I “ran” with one of my other daughters who now lives in Ohio, doing a step-by-step iPhone simulation. Next up, I suspect will be creative route-findings all across the country as runners plot elevation changes, terrain and weather possibilities similar to old favorites. Miss your favorite running team? My Albany Ainsley’s Angels chapter has joined other clubs throughout the country on a virtual effort where we push our designated wheelchair rider on busy streets or sketchy trails and for longer distances than we would achieve in real life. https://runsignup.com/Race/VA/VirginiaBeach/AinsleysAngelsMileageChallenge Remember those long-forgotten spring PE challenges when your entire fourth grade class would track-lap across the United States? Well, turns out through www.runsignup.com you could have joined the Great Virtual 1000K Race across the Volunteer State (normally a real thing) or, closer to home, a virtual race across New York State. Play your cards and your entry fees right and you could even compete in both simultaneously! Or join the world-wide community in the To the Moon Virtual Relay, proving there is no limit to a cybernetic imagination. In fact, according to Jamie Howard, this trend is not as new as it seems, with sites like https://yes.fit

and www.virtualrunners.org offering virtual events ranging from a Sherlock Holmes tour to www.irun4movement.com and their pop culture themes. Heard of 50 staters who aim to run a marathon in every state? Well, Jamie’s current goal is to run virtually in every state, with no COVID-inducing plane flights or carbon footprints to contend with! 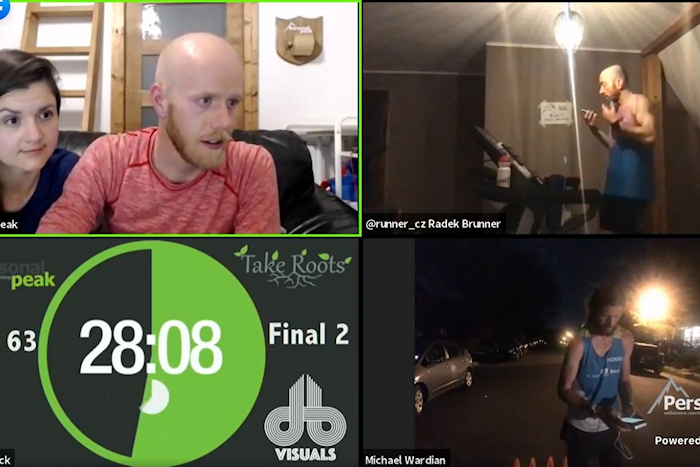 And yes, there was a point when virtual and real merged to become one of the most anticipated events of the COVID season: the intrepid Gary Cantrell’s (aka Lazarus Lake of Barkley Marathon fame) Backyard Ultra, a last person standing event where participants have an hour to run a 4.16667 mile loop (circumference of Gary’s backyard). In between, they can fill the time by eating, sleeping, burying a goat (I am not making this up). Over 2,400 runners in 56 countries participated, some on treadmills, some cruising through neighborhood loops, some on trails bulldozed through blizzards and some inside their apartments or around their yard, all dependent on quarantine restrictions. It was one of the most powerful fields ever assembled and whenever one of the 20 Zoom panel runners succumbed, onlookers got to vote for a favorite replacement. After 63 hours, it came down to Michael Wardian running neighborhood laps in Virginia and Radek Brunning on a treadmill in the Czech Republic. Their solo Zoom screen pulsed as Gary Cantrell commented, “We experienced a community catharsis, as the Quarantine Backward Ultra reminded us all that, just like the darkest night during the longest race, there is a sunrise coming. A new day will dawn and we will once again be able to laugh and play together…in real life.”

And perhaps we are left questioning which is more real after all, an actual event or a virtual experience shared by thousands of participants and onlookers through the magic of fiber optic cables.