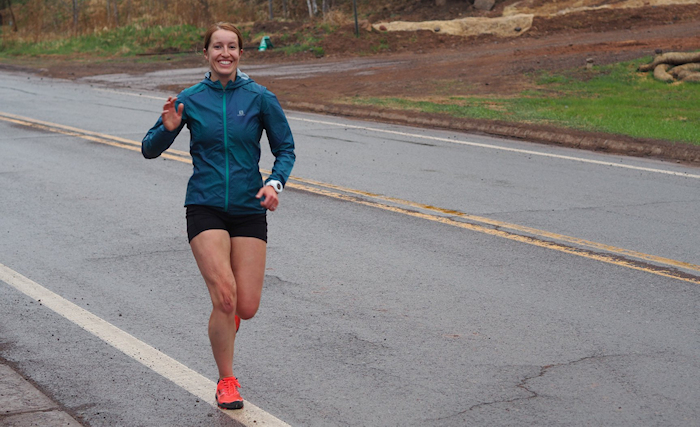 Among the onslaught of Tiger King memes and unapproved videos from my own home littering Facebook, I recently came across a post that described the 2020 Olympic Marathon Trials as the “calm before the storm.” At the time of Trials, the very last day of February, nothing would have seemed further from the truth -- nearly twice as many women as ever had qualified, the course featured an ungodly amount of elevation gain (for a road marathon), the wind was whipping through the city of Atlanta, nearly all of the runners pegged to make the Olympic team had either dropped or faded, and my husband was the unofficial entertainer/announcer for hundreds of people huddled at a critical junction of the course. Now, after the 700th day of March, nothing feels closer to the truth.

It’s admittedly a bit strange to be writing about the trip to Atlanta for the Trials now, amidst a pandemic. What would have simply been “the trip to Atlanta” quickly became “the last time I was on an airplane,” “the last time I was with a group of people”, and “the last time I had a cocktail at a restaurant.” And just as it usually is with the moments that precede monumental change, I feel like I can remember everything from the days in Atlanta with the utmost clarity. From the chill of the morning air, the buzz of controversy over Nike’s shoes, to the rhythmic pop of many talented runners' shoes springing off of the pavement, and the raspiness of my own voice after a day of cheering, it all feels like it was both yesterday and ten years ago.

Our trip to Atlanta to spectate at the Trials was perhaps to be expected; as a couple whose lives revolve around running, there was no question whether or not we’d be there, just as we were in 2016. However, this time around, it was extra special. First off, I’d personally become much more invested in and interested in running on the whole. In particular, I was (and still am) enamored by the transformation and elevation of women’s running, so there would be lots of fangirling of the elites to be had. Second, Jim-mother-effing-Walmsley was running and I secretly (okay, not so secretly -- see the custom Jim Walmsey is Ultra-Fast shirt) harbored hopes that one of my ultrarunning favorites would make the Olympic team. Lastly, among many other familiar faces, our dear friend Karen Bertasso Hughes would be fulfilling a dream by running in her first Olympic Trials Marathon.

What struck me most about the whole event -- during the weeks leading up to the race as I listened to numerous podcasts, to the days before through the constant whir as the athletes seemingly never stopped circling the barricaded Centennial Olympic Park, to the moment every athlete made their first turn of the race onto Forsyth Street -- were the hundreds of different stories that all led to the same start line. Each runner’s journey was unique, unified under a common goal. 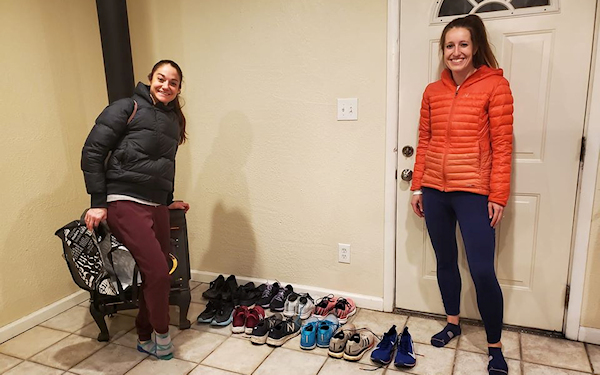 One of my first memories of Karen dates back to a cold and dark winter run from the SUNY Albany campus, probably in late 2014 or early 2015. We had run from SUNY towards downtown Albany and were headed back when not too far in front of us, we spotted another runner. With neither acknowledging what was about to happen, our pace quickened. Pretty soon, the group we were with was several paces behind. Time reined the stranger in, and just shortly after we had passed him with strides of ease, he turned, probably oblivious to our unspoken chase but certainly aware of the two women who had passed him in the dark of night. When the run ended, and our group was reunited, I remember Joe Benny saying, in only the kind of way that Joe Benny is capable of saying something: “You just couldn’t resist that, could you? That poor man. He never stood a chance.” There really isn’t much significance to this story itself, or to the man we ran past that night, other than to note that the experience would define the Karen that I would come to know: someone who is driven, determined, and unrelenting in her chase. Karen was always going to make it to the Olympic Trials, because the simple idea of not making it never stood a chance.

As the Olympic Trials race unfolded, the untold stories of many became known to the world (or, at the very least, the running world). The first, most likely, were those of the pregnant women whose bellies, round and protruding, yielded some of the loudest and most supportive cheering I’ve ever heard at race, while simultaneously bringing every raw emotion to the surface as they worked to complete as much of the race as possible. Then, there were the stories of two men who had broken away from the pack early on, with taunting large leads and blazing fast paces. With each passing mile, we learned more and more.

For those who ran the Olympic Trials Marathon on February 29th, it was likely their last race for the foreseeable future. Because even then, the virus was circling around us, unseen, like so much of what happens in life. Looking back, it feels like a solemn reminder to leave it all out there on race day. To dig deeper than you even thought possible. To push through even when you may not be winning. And most of all, to lean into your story and know that there are hundreds of different ways to achieve a dream as long as you are unrelenting in your chase. 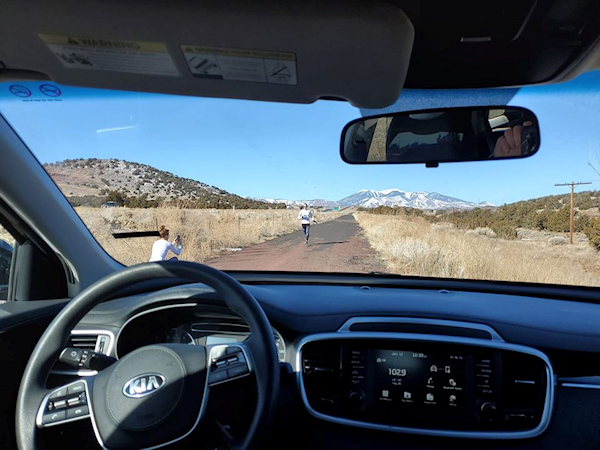 Michelle with Karen in Arizona training at altitude

Women and Trail Running – Michelle provided charts for the article

What to Read, Watch, and Listen to in Running Right Now

Women in Running: By the Numbers