Owed to the Foot 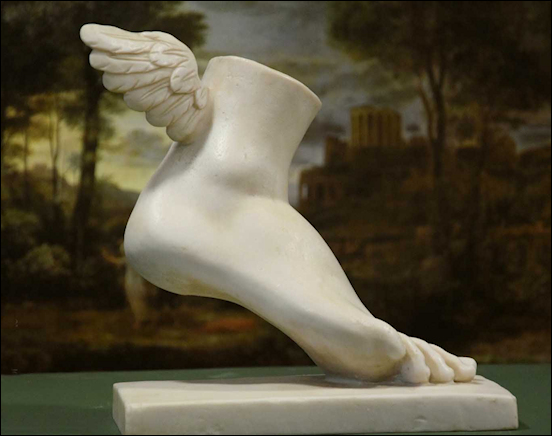 Leonardo da Vinci declared that the foot with its 26 bones, 19 muscles and 106 ligaments is a “masterpiece of engineering and a work of art.” We certainly can agree with the former but if Leonardo had seen runners’ feet, he might not have stated the latter. Runners’ feet take a beating that is almost unmatched in any other sport or vocation, and it is quite a feat (ouch) that there are not more injuries. The following article will celebrate the foot and its part in running.

Anatomically, the foot is amazing as Leonardo noted. It contains one-fourth of the bones in the body. It is capable of carrying one-half of your body’s weight when you lift your heel and when you take a step 200 muscles come into play.  The bones of the foot are such strong shock absorbers that they can take “as much as 110 tons of cumulative force per mile during running.” The pressure on your feet as you jog can be as much as four times your weight. On average people take 10,000 steps a day and walk around 115,000 miles in a lifetime, or slightly more than four times around the Earth.  Another source mentioned that the average was 250,000 miles or from here to the moon. If ultra marathoners were factored in, it could be from the moon and back or even more.

The feet have a network of 250,000 sweat glands.  It is the highest concentration of sweat glands in the human body as one may guess from the aroma in their sneakers. In a day, the feet of an average person not engaged in strenuous exercise sweat a pint of fluid. Strangely, the sweat has no scent; it is only the bacteria on the feet that ferment to produce a foul smell. Odor Eaters, a maker of shoe and sneaker deodorants, sponsors an annual contest for smelly sneakers. Kids aged 6-14 send in their shoes and one will receive a $2,500 prize, plus an all expense paid vacation to New York City with a Broadway show and other goodies thrown in if their shoes are considered the most nauseating. The sneakers are then enshrined in Vermont’s Hall of Fumes in Montpelier, thus proving the old saw that your feet smell and your nose runs. 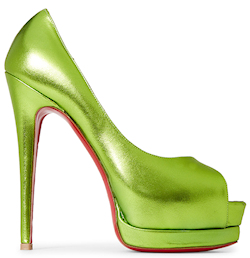 Women experience significantly more problems with their feet than men. Probably foot fashion is the main culprit. Supposedly a majority of women wear shoes that are too small for them. The shoe industry states that 8 is the average shoe size for women in the United States. Ill-fitting shoes can result in blisters, bunions, and a host of other foot miseries, but high heels do cause havoc with foot structure. For example, wearing 2½-inch high heels increases the load on the forefoot by 75% per step. The fashionable 4-inch or higher heels today only multiply foot woes for women. Women, however, are not the only ones with foot problems. 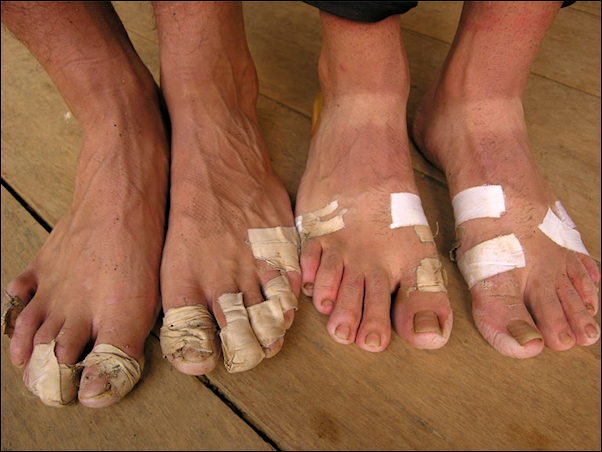 Runners put unbelievable stress on their feet as they “pound the pavement” or other surfaces, and as a result there are common foot injuries shared by runners, most due to overuse. Plantar fasciitis tops the list. Having heel pain when you awake in the morning is the most common symptom of this injury. When the foot is overworked, the plantar fascia, a thick band of connective tissue on the bottom of the foot that runs from the heel bone to the toes, frays, causing tears. These tears usually occur at the area where the fascia attaches to the arch. The fascia has a low oxygen supply, making recovery very slow and enabling other injuries to result when runners continue their sport. Recovery can take from three months to a year, and that is bad news for runners.  The Achilles tendon is the next major area of trouble. This tendon is the thickest and strongest tendon in the human body, stretching from the mid-calf to the back of the heel bone. Scientists measuring the load stress on the Achilles found it is 3.9 times body weight during walking and 7.7 times body weight during running! Tendinitis and tears are the most common injuries to it. According to WebMD, men after the age of thirty are more prone to this than women. Symptoms of these injuries are pain or burning on the back of the tendon and heel, usually accompanied by swelling. In most injuries, rest is the best cure, although sometimes surgery is needed. Other common foot problems of runners reported by podiatrists include metatarsalgia, an inflammation of the metatarsal bones in the foot, and Morton’s neuroma, a pinched nerve, usually between the second and third toes, that typically causes pain and numbness. After these, the complaints from runners are less significant but nonetheless painful injuries that range from bunions to black toenails.

To prevent the likelihood of injury, there are many exercises to do to increase the strength of your feet. A simple search on Google or the Runners World site for foot exercises reveals detailed methods of injury prevention or rehabilitation. Youtube also has a treasure trove of videos illustrating great exercises, many performed by occupational therapists or other medical professionals who deal routinely with such foot problems. 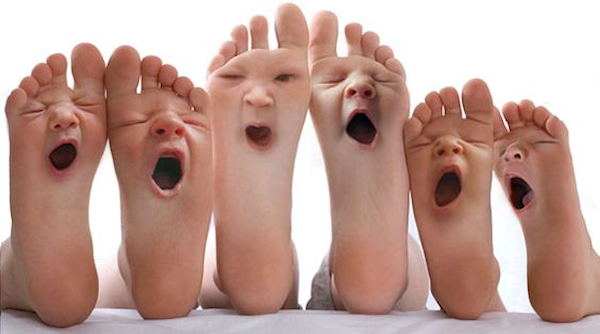 Before ending this tribute to feet, there are some fun facts and great quotes to ponder.

“Man is a wingless animal with two feet and flat nails.”
– Plato

“Jogging is very beneficial. It’s good for your legs and your feet. It’s also good for the ground. It makes it feel needed.”
– Charles M. Schulz

“Better to trip with the feet than with the tongue.”
– Zeno of Citium

“Forget not that the earth delights to feel your bare feet and the winds long to play with your hair.”
– Khalil Gibran

“Keep your eyes on the stars, and your feet on the ground.”
– Theodore Roosevelt

“Show me a man with both feet on the ground, and I’ll show you a man who can’t get his pants on.”
– Joe E. Lewis

“A severed foot is the ultimate stocking stuffer.“
– Mitch Hedberg 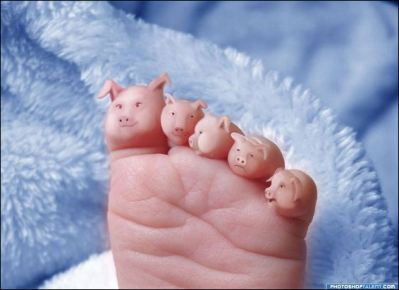