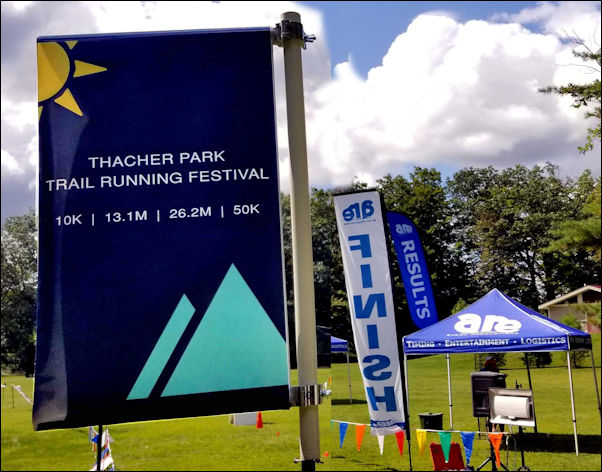 Early in 2014, Christopher Fallon, Park Manager at John Boyd Thacher State Park, reached out to me about creating an event at Thatcher Park to celebrate its 100th anniversary in the fall that today is the Thacher Park Trail Running Festival. I gladly agreed since he helped ARE by letting us hold the Hairy Gorilla Half Marathon and Squirrelly Six Mile at Thacher Park, and has lovingly supported our Halloween extravaganza since. Over the years, we have held countless editions of our Summer Trail Run Series at his park, along with a variety of other runs, including the Jeff Andritz' organized Winter Solstice Run, featuring runners completing a loop near Hop Field repeatedly from sunrise to sunset. To Jeff's credit, he did pick the shortest day of the year for his "Run with the Sun" adventure.

Until 2014, ARE's longest distance event was the Hairy Gorilla Race, topping out at half the marathon distance. Many club members had mentioned their desire for a longer trail race in our neck of the woods but the unfortunate reality was that if one wanted to get in some serious distance in a race, one had to travel quite a distance to find it. And so it was, we worked out the details with Fallon, debuting the event on Saturday, September 13, 2014. Amusingly, the event offered both a 5K and a 10K, along with a marathon and a 50K. Yes, something for everyone! Or so we thought until there were echoes by participants hoping for a half marathon in future years.

In 2015, we redesigned the course adding a half marathon, and they have been the same for the past five years. Enjoyably, the three longer races (13.1M, 26.2M, and 50K) all share the same initial 13.1M course providing runners an opportunity to run with friends even if they ultimately cover different distances. The figure 8 nature of the course also enables runners to go past the general finish area every 6 miles, which is another perk for them as well as for the spectators.

In 2018, we dropped the 5K both because of the additional logistical and staffing challenges it presented, as it was separate from the other races as well as a desire to make the event ever so slightly tighter. Case and point: what kind of refreshments do you offer when people are finishing anywhere from 17 minutes to 7 hours? For many years, we served pancakes for the first few hours and then a BBQ, although this year we made the decision to have it professionally catered by Bountiful Bread who nailed it with an amazing pastry spread to start the day followed by delicious sandwiches, chips, fruit, and an amazing cake! 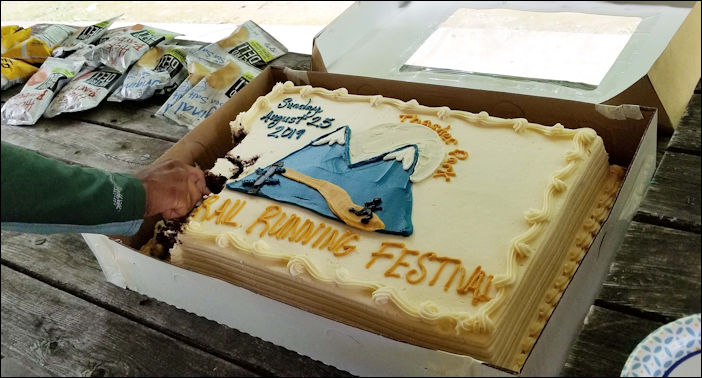 About a week out from the race, I couldn't avoid checking the weather, and was thrilled at the long range forecast: a beautiful day was forecast. It lived up to its billing, with low humidity and a morning temperature still in the 50s! Even better, Saturday's weather was equally delightful making for a gorgeous day for marking the half marathon section of the trail and all the work setting up required for the event. 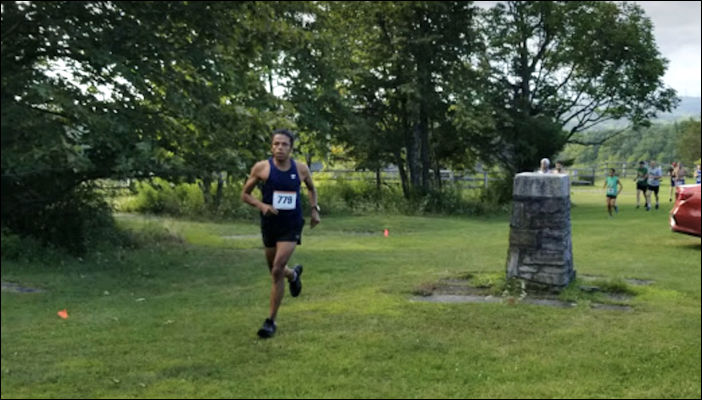 The event kicked off at 8:30 AM on Sunday, August 25, beneath a cool, blue sky with nearly 200 runners excitedly stepping upon the luscious grass just behind the Horseshoe II Pavilion. Each race had participants with varying running backgrounds and from varied geographical regions. Many made their debuts at their selected distance.

Due to the long hours required to produce a 50K, we broke up the volunteer needs into three shifts. We were fortunate to have such a dedicated group of ARE members willing to give their time to direct runners and cheer them on. Several runners in shorter races agreed to volunteer after they had finished, which was sweet. 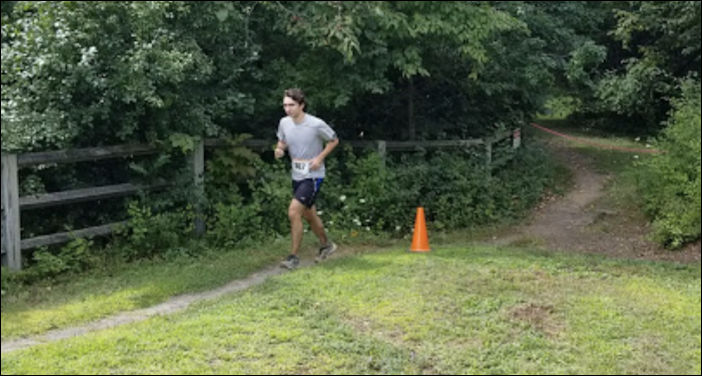 Twelve hours after leaving our house that morning Michelle and I arrived back home. While I hadn't run that day, for fun I did turn on my GPS when I got to the park to track how much distance I'd cover during the event most of it while biking around the course. It turned out that I had covered 34 miles. It is just crazy to think about, although yes, some of it was in a van setting up aid stations. Regardless, it was nice to know when planning a future event or on trivia night. 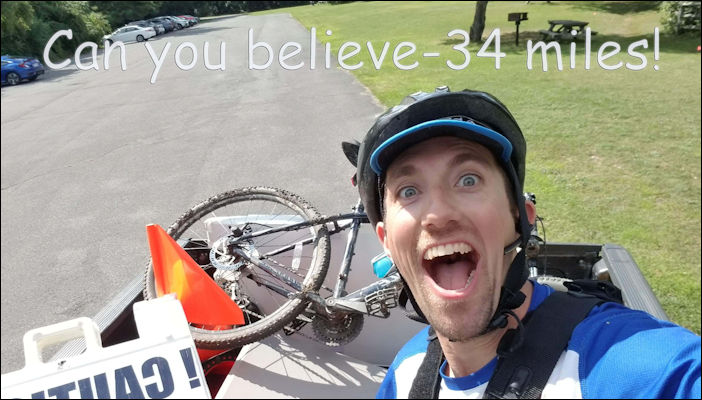 Join us in August 2020 for the 7th Annual Thacher Park Trail Running Festival. Who knows, you may end up running your first 50K on trails right here in your own Capital District backyard. 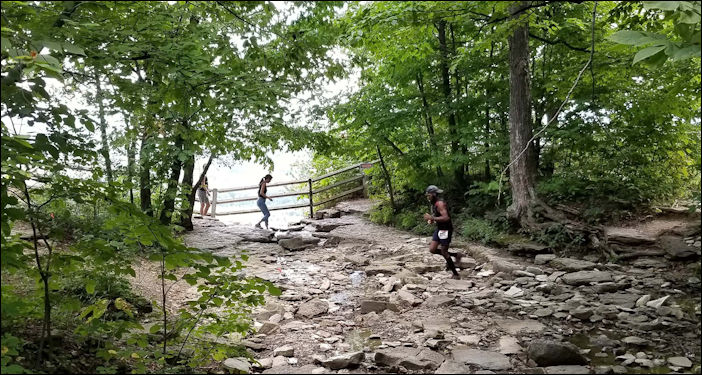 There are so many positive elements to the Thacher Park Trail Running Festival (TPTRF-say that acronym fast 10 times) that I won't try to cover them all. Along with being one of the few long races on trails in the Capital District, the TPTRF offers some of the best running trails around. There are many excellent trail races in the northeast but most of them have either highly technical terrain with rocky footing, especially in longer event. Thacher is no cakewalk for sure, but the trails are very runner friendly. You get a combination of single-track trails in the woods along with some great portions on grass.

I live in the Catskill's and love the trail opportunities that abound, however I wish I had more of what Thacher Park offers; Single track trails through beautiful forests that will challenge a runners fitness and balance, a trail runners delight for sure. At the same time these paths are friendly enough that a roadie can participate and not feel as though they are in shark invested waters. It's not a lark in the park but it's not a vulture either. It is about perfect. 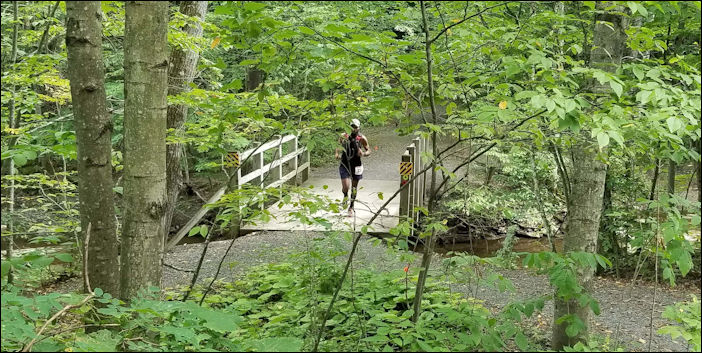 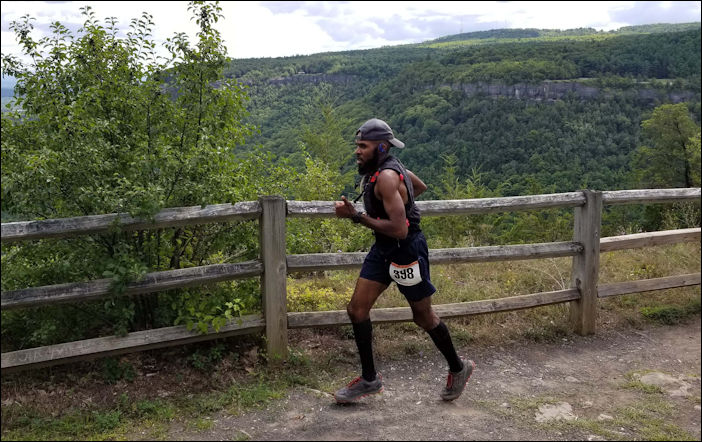 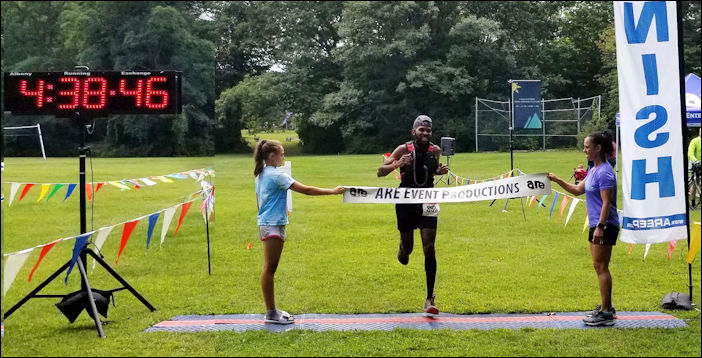