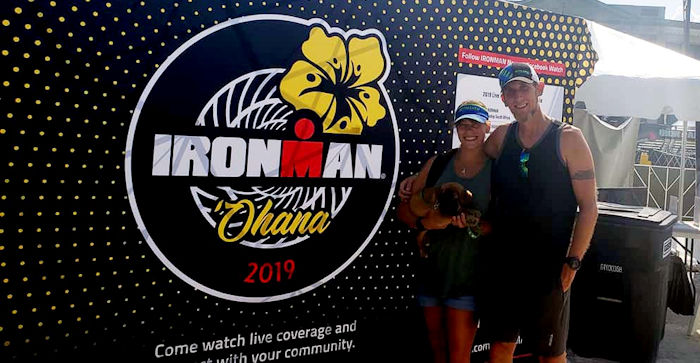 As I packed for my first Ironman in Lake Placid taking place on July 28, 2019, I was watching some Ironman motivation videos on YouTube (Like I have many times over the past year), and one thing that always stuck out after watching them, is the accounts of athletes who say things like "Ironman changed my life" or "Ironman made me a new person." I often thought to myself, "How could a race change your life?” These people are overwrought and blowing this out of proportion. I have heard it so much when people talk about an Ironman event that I almost felt obligated to feel this life-changing moment, and if I didn't, what did that mean about me? Did that mean I just didn't have the heart and passion like some of these other athletes that have made such claims of transformation? Or does it mean I didn't put the effort in that others did? I soon moved on to the other thoughts that fill one's head when about to undertake such a challenge.

We arrived in Lake Placid the Friday before the race to pick up my packet as well as fit in a training swim and bike ride. My girlfriend Jessica, puppy Loki and I enjoyed walking through Ironman village where I got to meet Mike Reilly who was out signing copies of his book, Finding My Voice.  For those that don't follow Ironman, Mike Reilly is an announcer known as the voice of Ironman. Athletes come from far and wide to races he is announcing, in hopes of hearing him say your name and call you an Ironman. Mike said to me "So you’re an Ironman?" I replied, "Well I hope to be, this is my first one."  He then finished signing my book where he simply wrote, "Sean, you WILL be an IRONMAN,” then looked me dead in the eyes and said, "Because I say so." This was one of those moments where I felt emotional, then the thought popped back in my head: "How can this event be so life-changing?" I truly think it will be the greatest athletic challenge I have faced and I do believe it will be something I will always be proud of, but life changing?

The Saturday before the race I was focused on getting my transition bags packed, bike checked out and racked in the transition area, then it was time to relax, get out of the sun and get a good night's sleep.

Sean with Loki at Lake Placid

The alarm went off at 4 am; the day was finally here! I had my pre-race oatmeal and banana along with some caffeine and before I knew It, I was standing in a sea of thousands of people waiting to start a 2.4- mile swim.  To say it was electric would be an understatement. Mike Reilly was already getting the crowd pumped, drones were in the air flying over us, and thousands of people waving or doing whatever they could to get one last glimpse at their loved one before the start of the race. I tried my best to not think of how long the day was going to be, or how I was going to get through a 112 mile bike ride (when my longest training ride ever was 70 miles) or how I was going to get through a marathon after that bike ride (when the one marathon I did the year prior I barely survived).  I focused on the task at hand: "just get through the swim, worry about the bike when you get to it…"  This approach worked pretty well throughout the day. 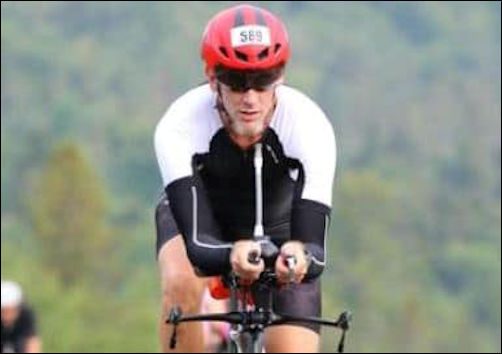 The swim went great and then I got on my bike ready to start my 112 mile bike ride when 400 yards from the start, BANG, my front tire burst causing me to lose control for a second, Luckily I was able to regain control and pull off to the side of the road, at this corner hundreds of spectators were watching as I took my wheel off and proceeded to change my tire.  This was not how I expected to start the bike leg.  Once I got going again, I kept thinking how I just used my one spare tube 400 yards into the race. I really hope I don't need one over the next 111 miles!  Luck was on my side. No more flat tires. As I came upon mile 90, I remember thinking that I was almost there, just 22 more miles. 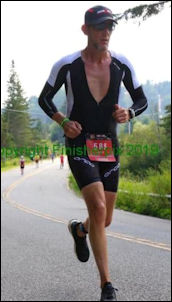 Before long I was racking the bike and starting the hardest part of most triathlons; the run, and because running 26.2 miles isn't hard enough after a 112-mile bike ride, I decided (ok I didn't decide, I totally and utterly screwed up and forgot) and had to run it with no socks. Painful blisters formed after just one mile. I told myself that I just needed to get halfway through the run where I could pick up my special needs bag (these are bags that athletes fill with snacks, notes from loved ones, socks, or anything they feel will help give them the boost needed to get through the last 13.1 miles). I was convinced my socks were in there, but to my surprise, as I finished the first half and grabbed my bag, I quickly found that there were no socks, but at least I remembered to pack the salt and vinegar chips!! At this point what could I do? Cry about it, throw a fit, or tough it out and keep going? By this point I was walking up most hills, and playing whatever mental games I could with myself to keep me moving forward. At one point I realized I was walking more than I liked, so I just started counting my steps. I decided to make a deal with myself: I'll walk 50 steps, then run 50, then walk 75, then run 75 and so on (every time I reached 300 I would start all over again).  This really helped push the negative thoughts out of my head and simplified them to just counting and moving forward.

I also cannot forget the motivation I received from a little boy whose family I’ve done family photography services for.  I've known his family and friends of the family for many years now, and just as I was about to go to sleep the night before the race, I found out he was diagnosed with a rare form of cancer. I was asked to take my energy when I was out on the course and send it his way, but what happened was the complete opposite. I thought about the long journey Bode has in front of him and how my strength pales compared to his and his families. I signed up and I trained for this event; BODE and his family didn't have the luxury of being prepared as this devastating news came without warning. Yet Bode and his family have fought back with nothing but smiles and positivity.  This was very humbling for me and when I looked down on my forearm and saw BODE's name still visible after 14 hours of sweat, it put things in perspective for me, and all of a sudden the blisters on my feet or sore legs didn't seem to bother me as much. #Bodestrong

As I made it to a turnaround that leads you to the final mile right into the Olympic Oval, emotions of joy, relief and pride coursed through my veins as I ran past thousands of spectators screaming and cheering.  This provided me with the one last surge of adrenaline needed to run across that finish line to hear those long awaited words, "You are an IRONMAN."

I did it! I received my medal and proceeded to find my girlfriend and pup. We sat there on the ground for about 10 minutes just taking it all in. At that moment, the one nagging question popped into my head one final time, "How did this race change my life?"  The answer then hit me like a ton of bricks. The Ironman changed my life before I ever stepped foot in Lake Placid. My life changed for the better the day.  I decided to commit to something I felt was impossible the day filled out the registration form and from there, to commit to training anywhere from 12-18 hours a week. The actual race was a celebration of all the hard work and dedication poured in the previous 21 week. If I didn't crossed that finish line, sure I would have been disappointed, but it wouldn't have taken away all the positive changes brought about by signing up and preparing for this event. In addition, I have a newfound respect for socks.

One final note.  The Ironman races would not be what they are today if it weren't for the volunteers.  Some of these races have upwards to 5000 volunteers, and they control the spirit of this event.  Never have I been part of an event that relied so heavily on them due to the complexity and scale of the event. Without the volunteers, there is no way it would work: their smiles, advice and words of encouragement helped me as well as many others through some tough dark moments and for that I am thankful. 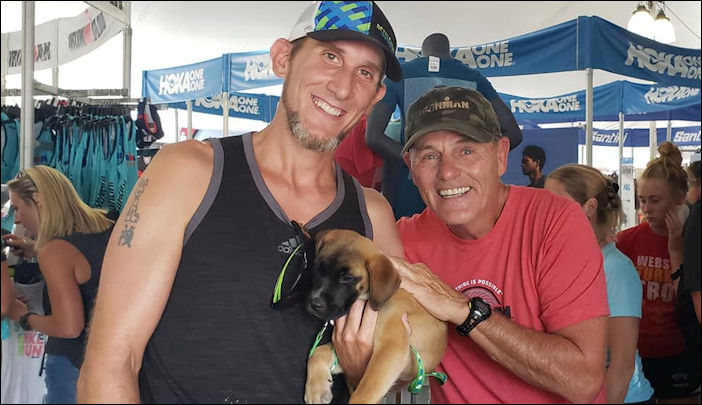 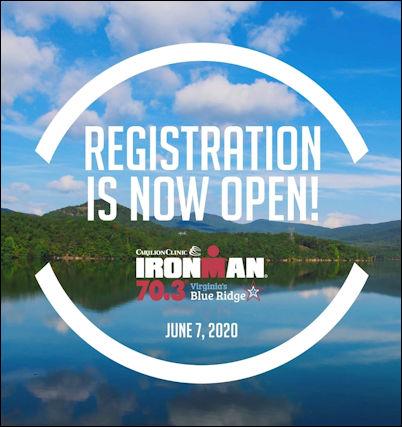