What to Read, Watch, and Listen to in Running Right Now Running to the Edge by Matthew Futterman 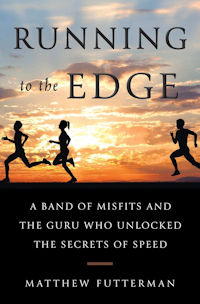 Running to the Edge is subtitled “A band of misfits and the guru who unlocked the secrets of speed.” That guru is Bob Larsen. In two parts, this book chronicles Bob Larsen, primarily as a coach (although it does touch on his own years of running) and his quest to find and develop great American distance runners who can compete with the best runners in the world.

The first part of the book is about Larsen’s history as a coach; from his days coaching at a high school to a community college and eventually to a 4 year university with one of the best track programs in the country. The tale is marked by failures and successes, and will likely make you want Larsen to be your coach. This part, while historical in nature, also does everything to convey the notion of true love for the act of running.

Part one is also a dedication to the many runners who helped Larsen develop his training approach, while part two is essentially the story of Meb Keflezighi. Even if you’ve never heard of Bob Larsen, you’ve probably at least heard of one of his greatest athletes: Meb. However, just in case you don’t know who Meb is, or what he has accomplished, I’ll save the spoilers and simply say he is one of the greatest American long distance runners of all time. Being familiar with the stories of Meb, Deena Kastor, Joe Vigil, and the Mammoth Track Club, I found most of the second part to be quite predictable. Nonetheless, I repeatedly found myself overcome with emotion re-reading the stories of these athletes and races. In particular, if there is anything that gets me excited about running a road marathon, it is the last chapter of this book.

Interspersed throughout the book are also stories about running in Futterman’s life. He talks about races that he’s run and his own progress with running. Short and brief, I found these stories warm and welcoming as they served to bridge the gap between superhumans like Meb and mortals like us. Moreover, Futterman shares a unique connection to our area. He attended Union College and writes one of his stories about running in Schenectady in 1991 when it was acceptable to say “Schenectady is a sad town.” Thankfully, he does give credit to Schenctady’s revitalization efforts.

Overall, I found this book to be an easy read and I could barely put it down. I highly recommend it for anyone interested in running history, coaching methodologies, or those looking for inspiration to fuel their long distance endeavours. 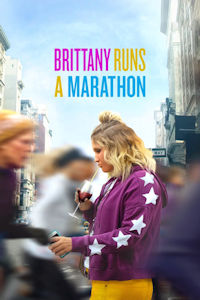 Brittany Runs a Marathon is an equally emotional, inspiring, and comedic movie about tackling the marathon distance. In her late 20s, Brittany visits a doctor and is told she needs to get healthier and lose weight. Essentially broke, and clearly unable to afford the high prices of a NYC gym, she begrudgingly starts to run. One block at a time.

The movie follows her journey, which goes from a woman simply trying to lose weight to a life in which she defines herself as a runner training for the NYC marathon.

I laughed and I cried, but there were a few things I really enjoyed about this movie. First is the friendships that Brittany develops through running; I feel the producers do a good job of implicitly conveying the community that thrives on covering ground on foot and how important the connections we make through running are to the rest of our lives. Second, I think it provides a glimpse into what running means for the majority of people: it’s not about winning, it’s a journey to find themselves and to accomplish the goal of reaching the finish line.

Round up your girlfriends (or guy friends) and get to the theaters because this one is perfect for a light-hearted and inspiring recovery day. 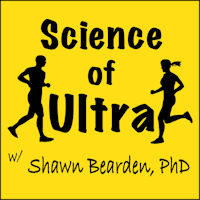 This podcast is an oldie but goodie. Released in October 2015, host Shawn Bearden discusses adaptation to training and tapering with Scott Trappe, an expert in the adaptations to training and detraining. Don’t let the fact that this is an ultra running podcast scare you away. There are still many valuable lessons to be learned.

Inherently, as the name would suggest, this is a fairly science-y podcast, but if you are at all interested in training methodologies and stimuli or what is happening during the weeks leading up to an event, then this is the episode for you. Shawn and Scott both do a great job of making the science accessible to the everyday person who does not hold a PhD in exercise science.

A lot is covered, but in the vein of event specific taper, they discuss the ideal time to do your last hard workout prior to a goal race in the context of adaptations. I think this is important because the taper can be difficult for many runners as many start to feel that they are going to lose fitness during this time. Scott dives into this; the result is that we should all feel more at ease during a proper taper than we probably do.

About 1 hour in length, this a good listen for an easy run. I learned a lot in this episode to help myself and my athletes going forward, but it also helped me look back on some past performances and find clarity in things that may have gone well or not so well.