The Road to Nice 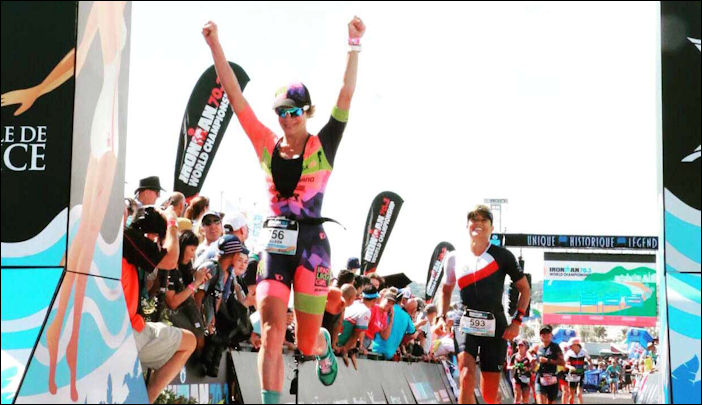 I am still somewhat new to the sport of triathlon so qualifying for world championships was something that I really never entertained. Yet it happened and soon I was off to France with friends and crew.

The year started with a little hurdle that I had to overcome. Once that was accomplished it was motivational to have a successful racing season. Luckily, with some great guidance of friends and a strong training plan provided by coach Andy Ruiz this led to an exceptional race at Ironman Connecticut allowing me to qualify for Ironman 70.3 World Championships in Nice, France. OMG !!!! Knowing that this event hosted by the best athletes in the world was both intimidating and exciting particularly since this would be only my 4th time competing a 70.3 distance.

Arriving in Nice, the heart of the French Riviera, was electric. Ironman basically takes over this lovely village. At every turn you’ll find fit, toned and well trained triathletes strolling through sun-drenched quaint historic streets. The atmosphere was one that I’ve never experienced.  It was a bit scary to realize that I would be competing on the same course as professionals and amateurs who focus all their time and energy on this sport. Although I was confident in my training, I was still mostly petrified. 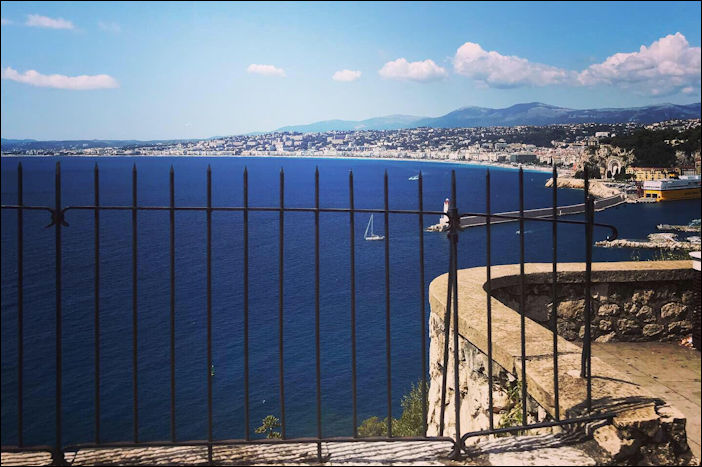 Having a wonderful supportive community made the race possible and my community traveled across the globe to support me. My two enthusiastic training partners sacrificed their time to sherpa and support me throughout this event. 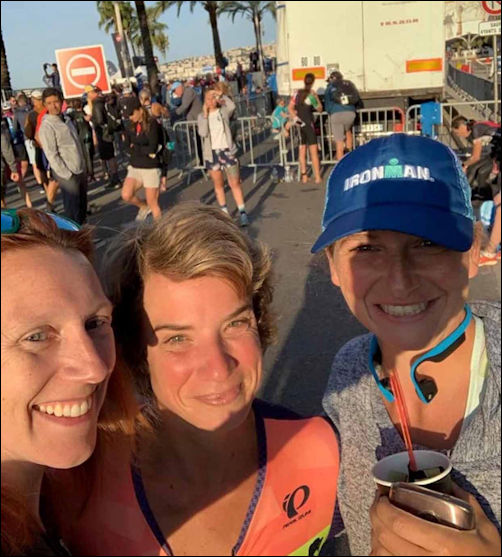 The big challenge going into this race was the swim and the bike sections.  Never having done an ocean swim and or biked through the challenging terrain of the Alps, it was daunting prospect.

On September 7, 2019, the race morning arrived. 2,500 of the world’s top female 70.3 distance athletes were getting their bike and transition gear ready.  Such excitement and then the wait ...the professional women started around 7 a.m. after the French National anthem.  Like dolphins they took off in the water.

The swim age group waves slowly made their way into the water. Finally with 10 or so other ladies my wave entered the warm, blue waters of the Mediterranean. The swim was incredible and almost enjoyable. Clear blue, somewhat choppy water but it was France and I felt forever grateful to be there. After about 10 yards of the swim I knew this was the day that there would be no stopping and no excuses. My biggest concern was fear of getting run over by the freight train of swimmers coming from behind me.

Exiting the swim and having a 5 minute swim PR was definitely a bonus! Off to the bike ... The bike course was unlike anything that words can even describe: Challenging, beautiful, frightening and the hardest 56.1 miles that I’ve ever ridden.

It was a progressive climb from the 10k until the 22-mile mark… with 4,088 feet of gain. Following my race plan, power and heart rate guided me throughout the climb. The climb was hard but the descent was just as hard. The ride was technical but incredibly beautiful with winding roads, stone walls, breathtaking scenery and the support of the French people cheering the riders as we rode through their villages.

I happily rolled into the transition safely to begin the run with a time 3:17:55.

The run was flat. Not barely a ripple. Running along the Promenade des Anglais* with crystal clear blue water views the entire way was thrilling.  The crowds were fantastic and lined the entire course.

The day was warm and sunny. In the past I may have complained it was too warm but with this race my focus was different. I was just grateful to be there and had goals for a solid race with a happy finish. My run time was 1:46:53.

Crowds lined the finish chute. Seeing my tribe cheering at the end and knowing I completed the day was surreal.  It was the hardest race of my career that capped a difficult year for me making it worth all the effort. Thank you to all for the support and guidance everyone gave me who shares this hobby.  It is great to have days like this supported by the ones we love.  Topping it off was a PR: 5:52:51 -70.3. 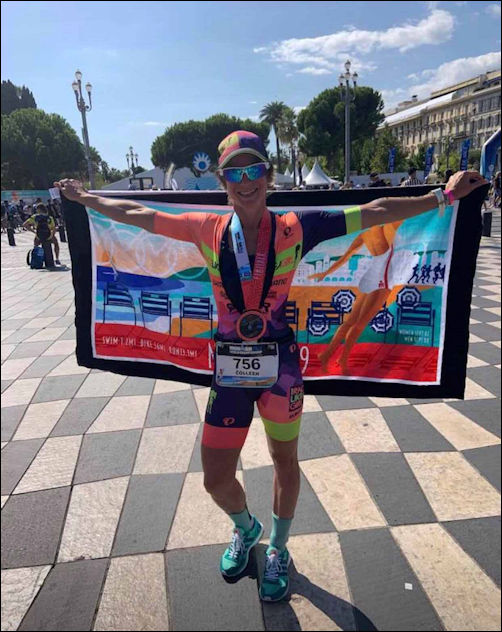 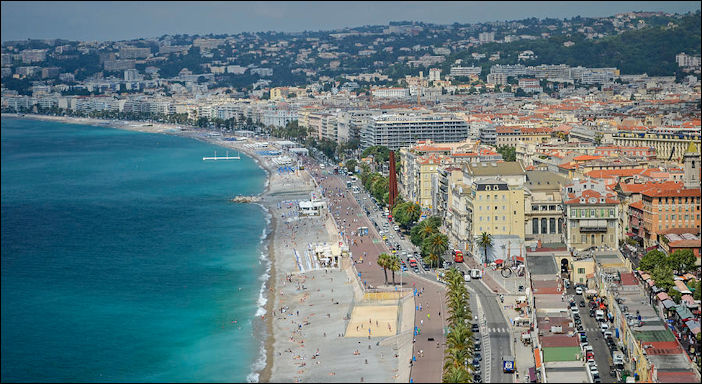 The most emblematic street in Nice, the Promenade des Anglais is a gorgeous pedestrian area that follows the curve of the Baie des Anges beaches. This legendary seaside road is lined with planted palm trees and filled with elegant gardens. Originally just a small footpath, the Promenade des Anglais was developed by Englishman, Reverend Lewis Way in 1820 at his own expense. It was then called the "Chemin des Anglais." The road was further enhanced in 1931 when it was given two separate roadways. At the time, Queen Victoria's son, the Duke of Connaught, inaugurated the promenade in royal style. Today, the road traffic has been diverted with underground tunnels, making the promenade ideal for people to stroll. The Promenade des Anglais is also popular with cyclists and skaters (and triathletes!). 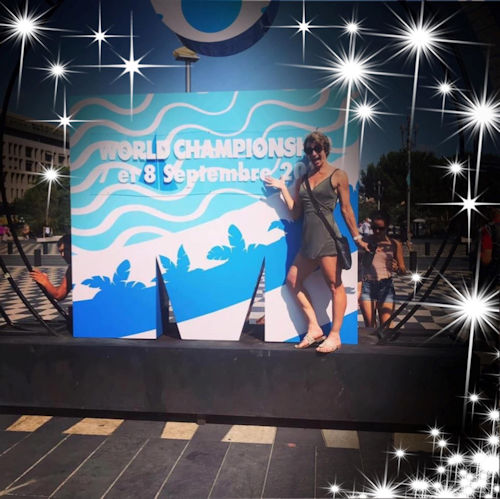