by Ray Newkirk and Frank Broderick 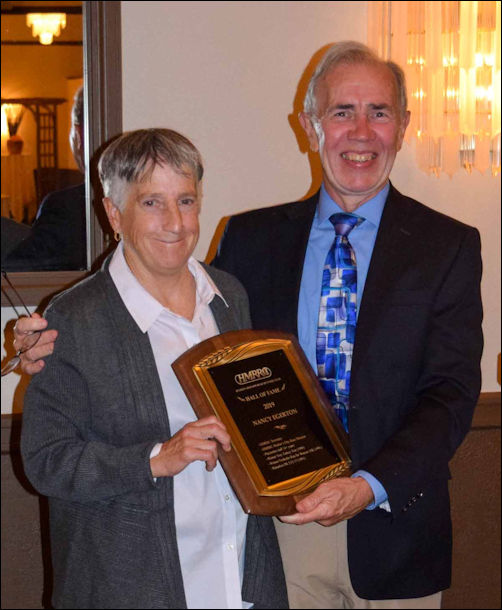 Nancy Egerton was inducted into HMRRC’s Hall of Fame at the club’s annual meeting on September 20. Used to fast times, the soft-spoken Egerton made an acceptance speech that lasted fewer than two minutes.

Her accomplishments as a runner and member of the running community say enough.

Nancy’s career as an active runner was reasonably short, spanning from approximately 1988 to 1993. Knee injuries sustained during her basketball career (see below) made pounding the roads a painful experience, one that she gave up for the less impactful biking. But, during that limited timeframe, Nancy stood out, posting the following PRs (many in top events):

Nancy also finished first in the Freihofer 10K in 1991 (38:06) and ran a total of seven marathons in her career,  finishing sub-3 hours in four of them.

Success as a runner, though, is only one of the demanding requirements for HOF selection. Contributions to HMRRC and to the broader running community also count heavily in the selection process. Nancy’s contribution to HMRRC:

Nancy has also been a significant contributor to the broader Capital District running community.

Welcome to the HMRRC Hall of Fame, Nancy. You deserve it! 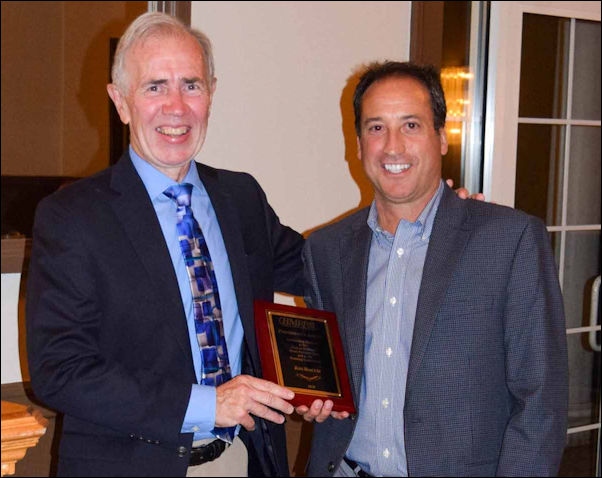 In addition, Jon Rocco was honored by President Frank Broderick for the unceasing supportive work he  has done for the HMRRC year in and year out to make this a better organization.

Without his constant efforts, behind the scenes and on the race arena, the club would not be as successful as it is.  Thank you, Jon. 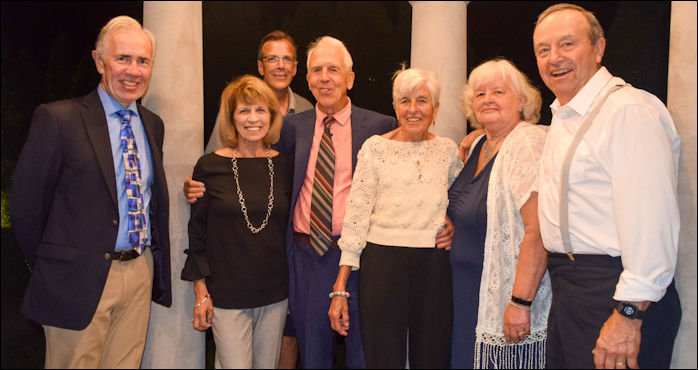 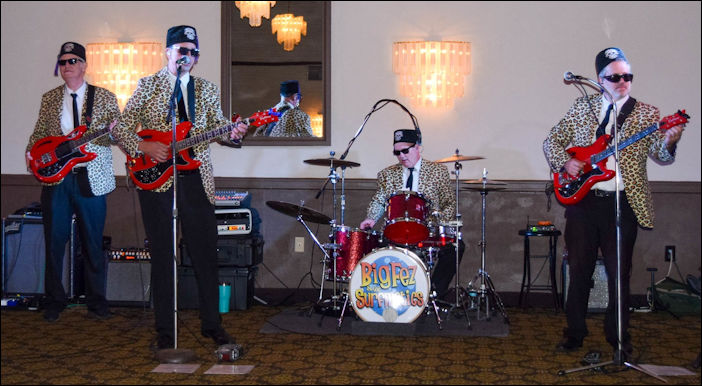