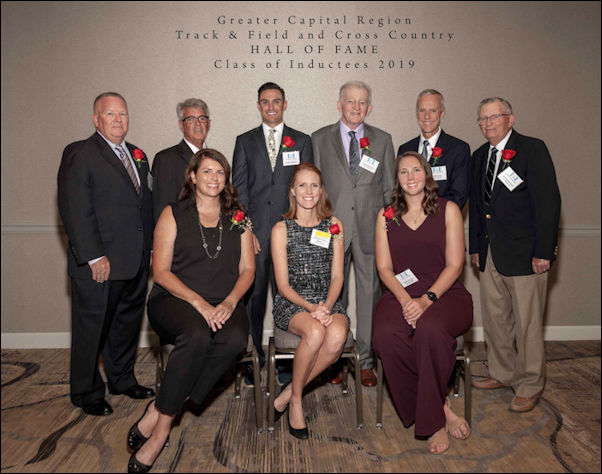 The Second Annual Induction Banquet for the Greater Capital Region Track, Field, and Cross Country Hall of Fame (GCRTFCCHOF) was held on September 21 at the Albany Marriott on Wolf Road. On hand were 178 participants, including all eleven inductees or their representatives. Two members of the inaugural class, unable to attend in 2018, were there as well: Linda and Art Kranick, legendary coaches at Saratoga High School and Barb Palma, one of the greatest officials to come out of the Capital Region.

Of particular interest to The Pacesetter distance-running community, Tom Dalton and the late Barry Brown were inducted. Tom was introduced by his coach while at Siena College, Bob Reilly. Present to say words about his dad and accept the recognition and plaque was Darren Brown, introduced by Ray Van Epps, Barry’s team mate at Colonie HS and Providence College. Barry and Darren were the first American father-son duo to run under four minutes in the mile.

Two other distance-running greats were inducted in the class. Elizabeth Maloy DeBole of the Academy of Holy Names and Georgetown and Gary Conor of Niskayuna and Cobleskill College received applause for their achievement on the track and road.

As you know, the GCRTFCCHOF added athletes who had significant success in road racing to the eligibility list this year. While the primary nomination period is January 1st to April 15, nominations will be accepted at any time. For further information or to download an application form, visit the HOF website: www.crtfcchof.weebly.com. For additional information about the HOF or to offer a comment contact President Peter Sheridan at psheridan3@nycap.rr.com.

The 2019 inductees into the Greater Capital Regional Track, Field and Cross Country Hall of Fame: 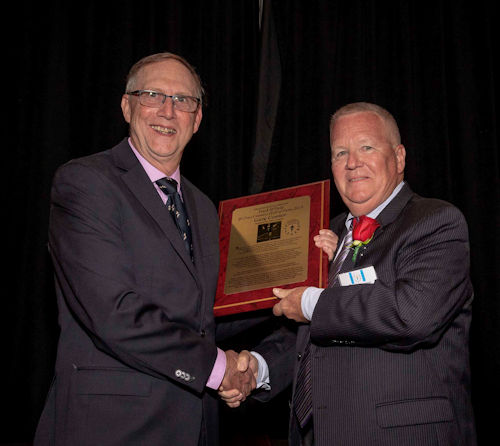 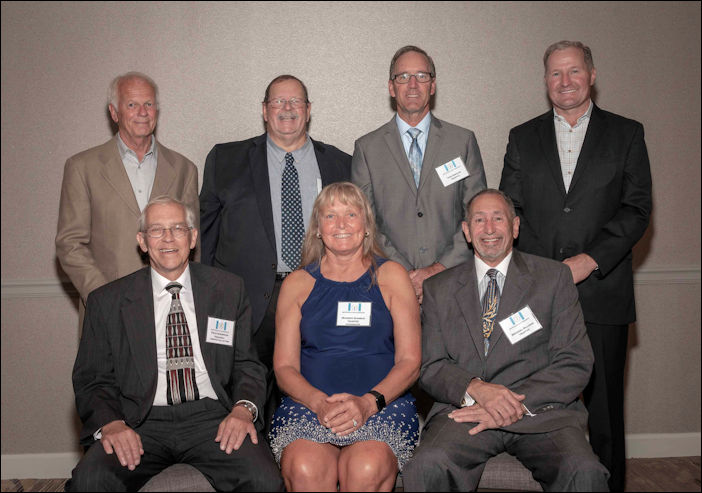