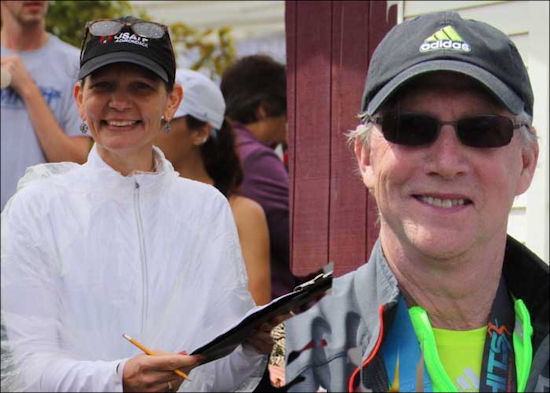 Detective Lindsay, reporter Cindy, ME Claire, and ADA Yuki convene again to solve two on-going mysterious crimes which may be interlinked. In the 1990s War Criminal Slobodan Petrovic ruled over the slaughter, rape and pillage of Bosnians. One of his victims, Anna Sotovina, witnessed Petrovic's horror personally but lost her family, survived and fled to America. Unbelievably, she sees Petrovic on the streets of San Francisco. Apparently, he was freed from a life sentence by ratting out his superiors and given a new identity to start over again in America. She goes to FBI agent Joe Molinari, Lindsay's husband with her story. Meanwhile, 3 young female teachers go missing at an expensive private school and Lindsay and partner Rich Conklin get the case. The gang races the clock to save the girls and discover Potrovic's potential involvement in the missing girls case.

FBI agent Emmy Dockery is back and with a vengeance. After almost losing her life solving the previous Graham serial killer case, Emmy is on her own again trying to find another elusive killer ("Charlie") who targets the weak and helpless. And again she is without the backing of the FBI. But then another big case arises, Citizen David, who blows up buildings in protest of the companies who own them. And there's a leak to the media from a mole within the FBI about Citizen David. Emmy's fiancé, Harrison "Books" Bookman is tasked with finding that mole, and the FBI thinks it's Emmy! Somehow the two cases intertwine and Emmy and her team as well as Books are on the chase. Can they catch Charlie before he kills again!?

Someone Knows by Lisa Scottoline

Sharply interwoven tale of mystery and deception. Twenty years ago four 15 year olds, Allie and David, and Sasha and Julien, met to drink and play spin the bottle. Then Sasha changed it to spin the gun! And there were live bullets. When Kyle, a new boy with a crush on Sasha, was invited to play, Julien got jealous. He told Kyle he had to play Russian roulette to join the gang, an initiation rite they had all done (a lie!). He played. He died. And the four ran and let the police think Kyle had committed suicide. When David supposedly kills himself on the twenty-year anniversary of Kyle's death, Allie, Sasha, and Julien meet up to talk about their dirty little secret. And what follows is.....something you'll have to read to believe! Edge of your seat material.

The Education of an Idealist by Samantha Power

I devour memoirs by former members of President Obama’s administration typically because they give me insight into him, a man I admire deeply. This memoir by his Ambassador to the UN is worth reading entirely on its own merits. Samantha Power is a brilliant and complex woman who has been a leading voice on foreign policy and in particular on human rights since the early 1990s when, barely out of college, a combination of fierce intellect, ambition, idealism and curiousity led to her to cover the Bosnian War as an American journalist launching an incredibly impressive academic and government career that led her ulitmately to the United Nations.  Because we are of the same generation, many of the same international and domestic issues she talks about also shaped my outlook on the world and I learned an immense amount from her stories about these issues.  Most of all, I was inspired to tears often while reading this book. Power is not a politician and she is not self-serving. She is an idealist and an advocate with an authentic and motivating belief that people eeryhwere deserve dignth and that any violation of human rights anywhere is a violation to human rights everywhere.  Her struggle to balance her advocacy and the realism of politics when she entered public service was fascinating. Her honesty about the sometimes heartbreaking difficulties balancing work and family was also refreshing and relevant to all of us who have done the same. This memoir is very well written and engaging and in these dark, distressing times will remind you that America is full of brilliant, devoted public servants who believe it is possible to change the world.

The Secrets We Kept by Laura Prescott

Hugely entertaining, captivating and poignant novel about the CIA's plot to bring Dr. Zhivago to the world as a propaganda tool of the Cold War. The story centers on the secretaries of the CIA, a pool of smart young women in the West, and the story of Zhivago author Boris Pasternak and his mistress as the writing of the great novel unfolds in the East. Equally engaging as a political thriller and deeply romantic love story, this novel immerses you in cold-war era ethos, from the clothes and the social mores to the fears of nuclear war and Soviet oppression. Highly readable, I am certain this will be a blockbuster movie or TV series. But read the book first!