You Don't Have to Run Boston to Enjoy It 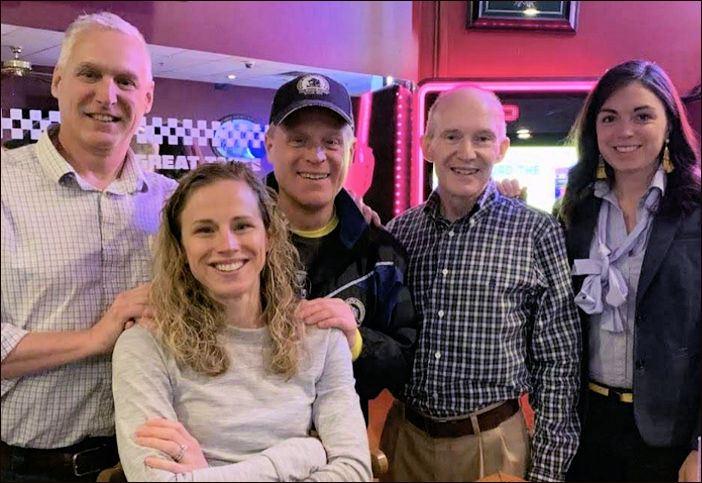 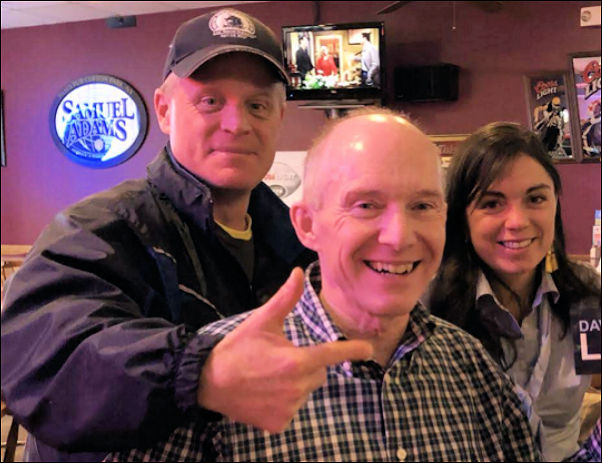 At 10 a.m. on the 3rd Monday in April, I know exactly where I have been for 14 of the past 16 years. I was in Hopkinton, MA waiting for the start of the Boston Marathon. Here is a little history of how I got there. In 2001, my dad passed away after a long battle with Parkinson’s disease. I wanted to do something special to honor his memory, so I ran the Schroon Lake ½ marathon for the Leukemia Society’s Team-in-Training (at the time, there was no TEAM Fox for Parkinson’s disease). I realized after I completed the ½ marathon, that I might be able to meet the qualifying time for acceptance into the Boston Marathon.

My dad worked at the US Post Office in Buffalo. He worked with a woman who constantly bragged about her children. Every spring, when I was in my twenties and thirties, my dad would tell her that I ran the Boston Marathon! The truth was, I had never run a race further than a 5k. I asked my dad what I was supposed to say to her if I ever met her. He said, “Don’t worry. You’ll never meet her!”  After he passed away, I decided I would try and make an honest man out of him. In the fall of 2002, I ran my 1st marathon (HMRRC) and qualified for Boston. In April 2003, I ran my 1st Boston. I did 7 Boston’s in a row, missed the next 2, then did 7 more in a row. Leading up to the race in 2013, I told my wife Maureen that it would probably be my last Boston. Then the Tsarnaev brothers detonated the bombs at the finish line. I had done the race with my friend Norris Pearson that day. His wife Marguerite and my wife Maureen had been sitting in the bleachers at the finish line right across from where the bombs had exploded. Luckily, the four of us were at a Clery’s bar eating lunch having finished the race. It was the only time in her 14 trips to the race that Maureen had gotten a seat. We were all quite shaken up. I said to my wife that night that I was going to keep running it for as long as I was able.

Fast forward to this year. Due to an injury last summer, I didn’t qualify for the 2019 race. I have to admit that I genuinely missed being there, even though the weather in Boston on race day rarely cooperates and lately it seems like the hills are getting steeper. In fact, the year before in 2018, the weather nearly did me in. It rained hard all day with a strong head wind and was 39 degrees at the start.

On 4/15/2019, a bunch of local Boston marathon alumni decided to gather at Pam’s Pub in Clifton Park, to watch the race. We arrived at 11 a.m. and watched the race on the big screen TV and reminisced for 2 hours about our past races.   The amazing sprint at the finish in the men’s race between Lawrence Cherono of Kenya and Lelisa Desisa of Ethiopia with Cherono winning by 2 seconds was one of the most dramatic finishes we had ever seen. It was a lot of fun and I think I know where I will be on the 3rd Monday in April for the next 14 years. 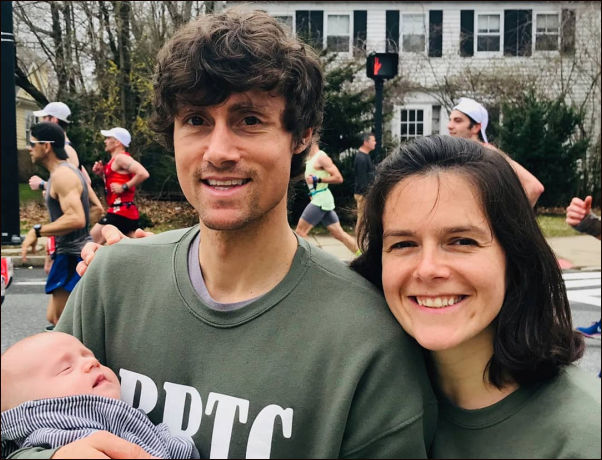 While I was not running the Boston Marathon this year, it didn’t mean we would skimp out on the festivities. Dylan was excited for his first Boston Marathon experience so on Saturday we watched the B.A.A. 5k. Sasha drove Dylan downtown for the race and I did my last long run before the Pittsburgh marathon on May 5th from my house in Burlington. I meandered along the Minuteman bike path to Alewife station in Cambridge then ran along the Charles river to the Boston Common where the race is. I got to see many runners doing their last shake out before the marathon. I met up with Sasha and Dylan and we braved the rainy weather to cheer on not only the elites, but many of our friends running as well. Later that night, we drove to near the aquarium to meet up with two of my running buddies from when I worked in Savannah (GA). They were both running Boston along with their wives and we had a great meal catching up.

My college teammate Brad from Cincinnati who lives in Pittsburgh came in Sunday morning to watch the race. Monday morning, we drove to our friends house in Natick. They live a couple blocks from the 10 mile mark. I ran a couple miles with Brad then continued on toward Wellesley, running into some of Sasha’s Battle Road Track Club (BRTC) teammates so I ran with them for a bit and headed back to our friends house for breakfast and just in time to see the women’s race start. My father also parked near our friends house and came over to watch the men’s elite start, where my Central Mass Strider (CMS) teammate Dan Vassallo was competing. A few minutes before the elite women were due by the 10 mile mark we went out and cheered for them, including a big cheer for fellow local Megan Hogan who went on to get her OTQ running 2:42! We then cheered on the elite men and then the mass start field for awhile before heading back to our friends house to watch all the thrilling finishes and stories that the TV coverage provided.

All in all it was a great introduction to the marathon for Dylan! 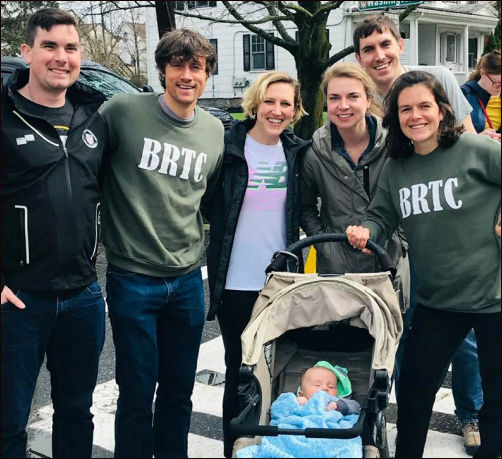 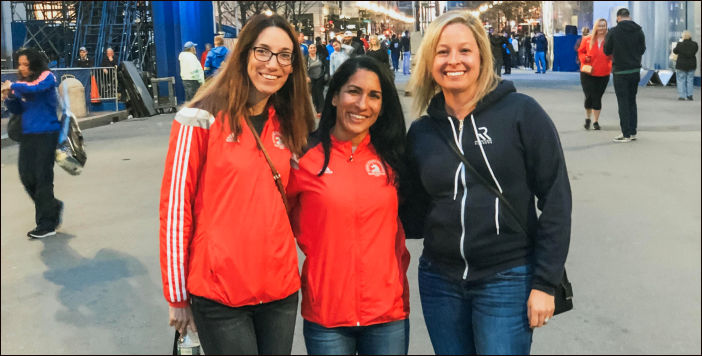 The Boston Marathon.  Runners  across the world dream of doing it one day. For someone like me, who’s currently focusing on a sub 4 marathon, I have no idea if I will ever get there. But this past Marathon Monday, I got to enjoy it for the second year in a row as a spectator and let me tell you – it does not disappoint.

What started off as rainy and stormy day ended up a sunny, humid day with not a cloud in the sky.  I spectated at the 26th mile and thrilled me to see so many runners out there not only running but helping other runners struggling to hit that finish line. You see, as much as running is an individual sport, it’s so much more than that. Often, it takes teamwork: it’s about being part of this special family with an insanely strong support system. It was truly amazing to see so many strangers come together to help others finish those 26.2 miles, whether it was as a fan cheering or as a runner, giving someone that extra push to finish strong. Marathon Monday NEVER disappoints and reminds me once again what Kathrine Switzer said that holds to be so true -- 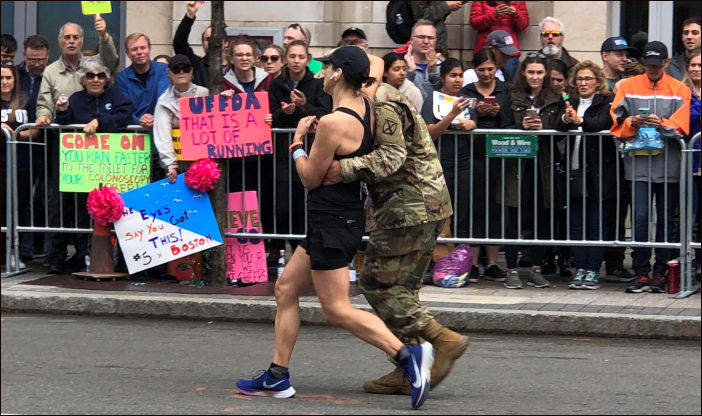 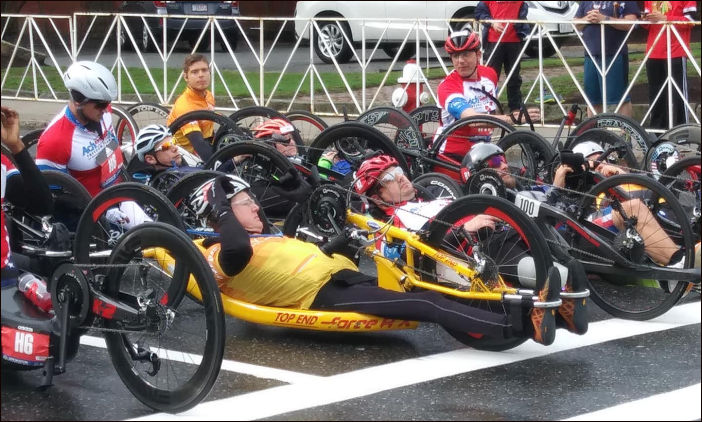 Being a part of the community support for the Boston Marathon was an enjoyable and exciting experience.  Volunteering as a race marshal gave me a deep sense of appreciation to be a part of this prestigious race.  As runners started to arrive, I realized the importance of directing them to their starting corrals to help take the edge off their stress and to provide a safe and clean environment as well.

Many runners showed their thankfulness and appreciation of the volunteer support.  Seeing the impact of this reaction made me pour out my sincere wishes for runners to have a good run to help them start the day off in a positive attitude. Observing the full circle of support between the spectators, volunteers and athletes made me realize how such a great and wonderful race is put together. This truly made it a special day for a community to come together as one to make this an experience to share the support of one another.