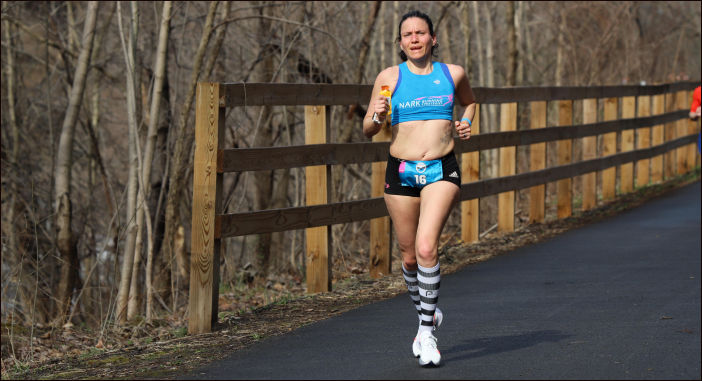 When does second place feel like winning?  When you are running behind Olympic Trials qualifier Karen Bertasso.  Going into the inaugural running of the Helderberg to Hudson half marathon, I wasn’t thinking much about placing.  Frankly, being six weeks out from my goal marathon (much further out than I usually run a half-marathon), and being so swamped at work during this build-up that I had no time to focus on running, I was really banking on the promised downhill course to eek out a PR.

As it seems so often happens, my final workout the week of the race was terrible.  I barely hit my paces, and I pulled the plug on the workout early.  I cannot think of a previous workout that I gave up on in such an extraordinary fashion.  I reminded myself that I still had a lot of time before my goal race, and that I was running on tired, un-tapered legs.

Race morning started early.  Carpooling from Cambridge with a local running buddy meant an early start in order to beat the worst of the parking lot traffic and get an early bus.  On the plus side, we were able to leave before our kids woke up, which made for an easier exit.  Any inaugural race is going to have its hiccups (and having our bus forget to drop us off and just keep driving past the start area probably counts as that), but I have only great things to say about this race.

As far as my race, sure, that went well too.  I ate up the downhills early, and held on as much as I could for the last 5k.  In exchange, this course delivered a 61 second PR.  Thank you ARE and Helderberg to Hudson Half Marathon. 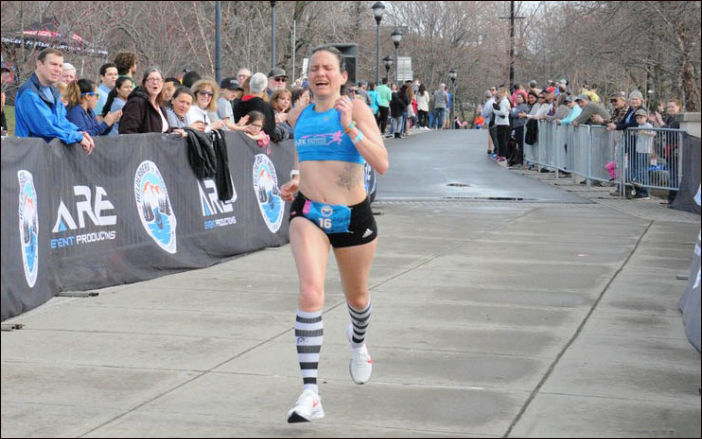