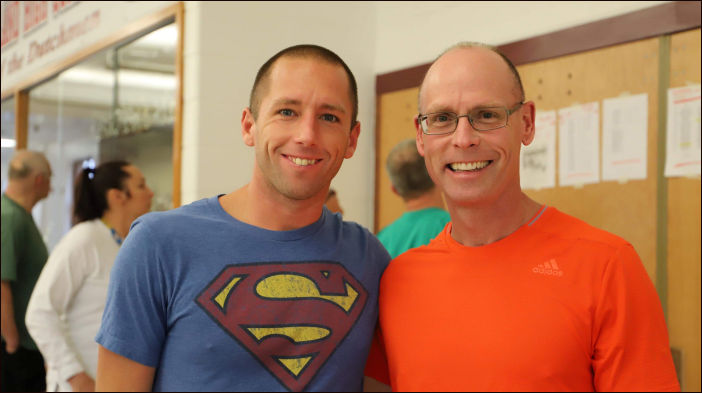 TJ Sherwin and I met in April of 2018. A mutual friend of ours who is a sign language interpreter gave him my contact information. She knew we both like to work out and like to run and thought we could be good friends. Sure enough, on our first meeting at the Cherry Blossom 5k in Niskayuna, we became fast friends. What makes this extra special is that I am also a Sign Language Interpreter and TJ is deaf. I have worked as an Interpreter for 30 years, which gave us an instant connection. We spent the next several months going to races, each of us pushing the other to do our best. We drive to the courses ahead of time if possible, for TJ to get the “lay of the land.” You see not only is TJ deaf, but he is also legally blind. However, he doesn’t let this stop him. 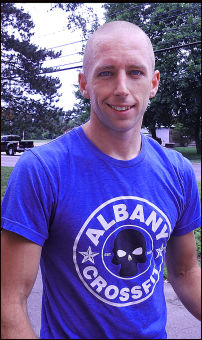 In addition to being a competitive runner, he is also an avid CrossFitter. He explains, “Despite my limited vision I am able to ride my bike to the CrossFit gym on a regular basis. Out in the community there are many obstacles I must face daily, where my hearing and vision are being tested. Running and doing CrossFit have allowed me to equal the playing field where my deafness and vision are not being tested. Instead, I am being defined by my strength, determination and endurance. I wanted to be independent, I wanted to get out there, and I wanted a community I could be a part of. Running and CrossFit have given me all these things. I have never let my limitations defeat me. Instead I see them as a challenge to overcome.” 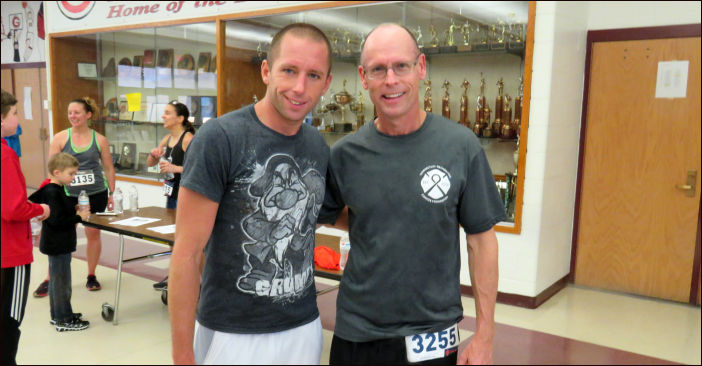 At the races, I provide guidance to TJ initially by interpreting what’s going on and giving him access to them by providing transportation, but after that he is very independent. TJ goes on to say, “I have always wanted to get involved in races and compete as a runner. I just needed to find the right person to drive, run, and have fun with while there.”

Before the race starts, I jokingly say, “As your guide you need to stay behind me no matter how slow I go.” TJ laughs and says, “See you at the finish,” and he is usually waiting there at the finish line with a big smile! Of course, there are many times we do stay together for the entire race for the camaraderie. I also alert him to any obstacles along the way such as potholes or uneven pavement, as well as upcoming water stops. As we run, we are seen bantering back and forth, me in sign language and TJ in his boisterous voice. 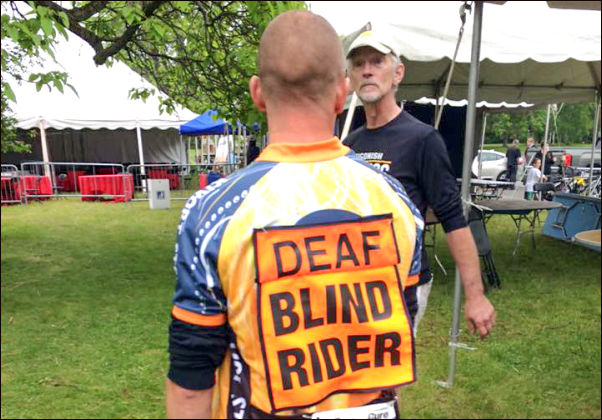 TJ has also completed the Tour de Cure twice now at the 100-mile distance once on his own bike and once on a tandem. He has a goal of completing his first marathon soon of which I will offer him bike support if not running it myself. What inspires me the most about TJ is his positive outlook on life, his ability to make people laugh, and the common sense of humor we share. I look forward to having a long-lasting friendship with him. While others are saying you can’t, TJ is saying, let’s do it!” 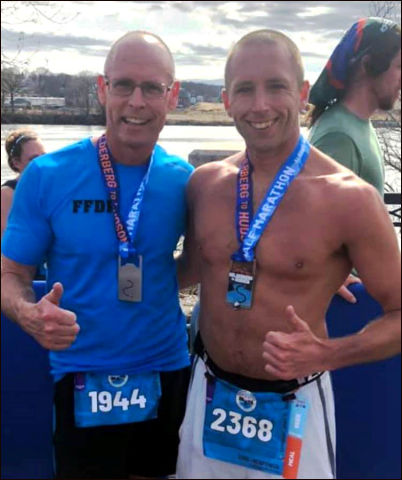 “No is Not an Option” Athlete Profile of TJ