Strong Through Every Mile (STEM): A Program Using Running to Change People's Lives 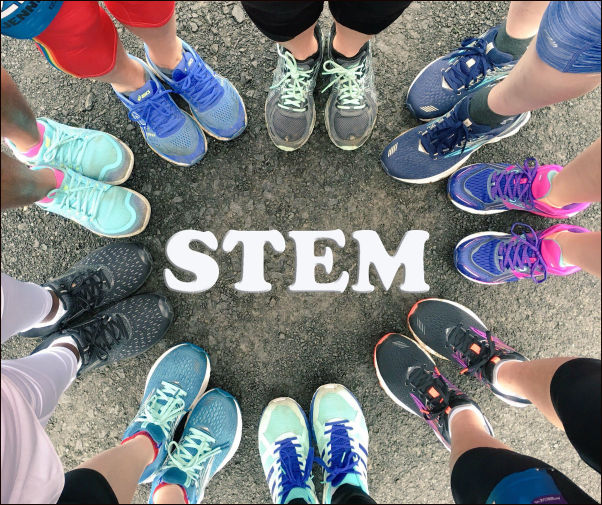 Sipping Gatorade, Christina looked into the distance at the rail trail as Deanna’s SUV took us back to Delmar.

Her legs felt gummy, but it was a satisfying feeling after running 10 miles straight for the first time. A little over a year before that, Christina had run her first 5K with Strong Through Every Mile, a couch-to-5K program that empowers survivors of domestic abuse through the sport of running. Nearly six years ago now, having quickly shifted from new runner to running evangelist because of how running transformed me, I assembled a group of volunteers thinking maybe there was something more meaningful to do with the sport’s power than collecting another T-shirt for my drawer. Thanks to an inspired group of women who helped start STEM and fuel it as volunteer coaches, we found out. 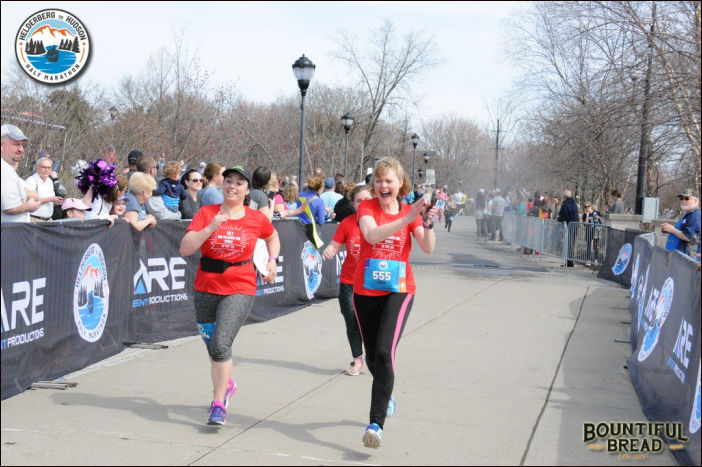 More than 100 runners and many, many 5K finish line hugs later, STEM helps survivors release the power that was always within them, proving their worth and their strength to them one mile at a time. This year, we grew ambitious.

Christina was one of a group of STEM alumni training for her first half marathon. Five women started the program in January, including one woman who had already run four half marathons and whose running has become critical in the work she now does with others in recovery (Go, Kim!). The other four were headed to their first 13.1, and Deanna’s SUV was carrying Christina and me back from our last long run before the inaugural Helderberg to Hudson.

“That’s the trail we were on?” Christina asked pointing out the window. “And we’ve been in the car all this time. We ran that whole thing.”

Not so many years ago, Christina and her son were living in a domestic violence shelter. She’d tried to start the STEM program two times before, but could never persist as her life outside of training runs was too chaotic and difficult. Though she’s in a much better place in life today, the ghosts of self doubt instilled by years of being made to feel she wasn’t worth anything still crept in on training runs, and with her own determination and some encouraging words from STEM coaches, she’d push them back and keep moving. In the car, she was thanking us for everything, something she did on all of the group runs and so many moments in between.

“STEM changed my life,” she said. 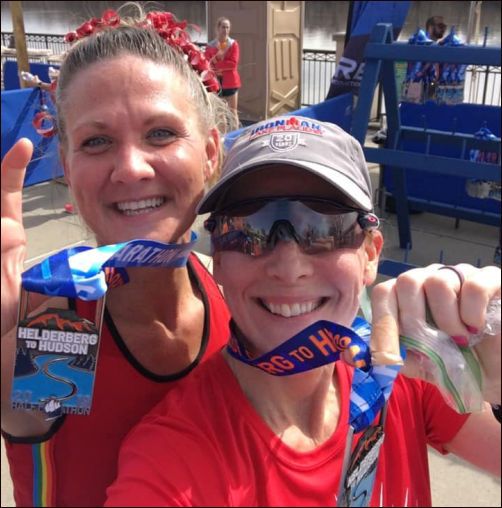 Deanna, a member of the STEM board and Christina’s partner for so many races, didn’t hesitate to respond from the driver’s seat.

“No. You changed your life.”

It was Christina who ran on 2-degree days and figured out a series of loops to run around her house so her 13-year-old could babysit her youngest for 30 minutes without her worrying about being too far away. It was Christina, who when Deanna encouraged her to come to the first half marathon training run without telling her that’s what it was for, decided to trust us, trust the plan, and do what felt impossible.

Those who haven’t seen the aftermath of domestic abuse might have a hard time understanding why our women sometimes have trouble with the idea of meeting an unfamiliar group or going to unfamiliar places, part of post traumatic stress disorder. They may not see the scars on our runners’ mental health, the ones they may hide on their bodies, and those transferred, at times, to their children if they witnessed the abuse. And for some of the women we’ve worked with over the years, drug addiction has covered deep and abiding pain.

Think of how difficult it is for any healthy, confident person to begin an exercise program, then consider the incredible courage and drive it takes for someone who’s had their soul hollowed out by abuse to believe they can do something so hard.

In STEM, survivors find a community that tells them they can. They are part of a team, where everyone reminds them that they’ve got this when they’re dragging at mile two. Christina became everyone’s biggest cheerleader, offering high-fives at the end of every run.

It was race day, and I was lucky enough to be partnered with Christina, working to convince her mile by mile that she was doing just fine on the faster side of the pace range we had plotted out before the start.

“You’re much faster than you think, Christina,” I said. “Look at you, you’re doing it. This is a good pace for you. Just keep going.” 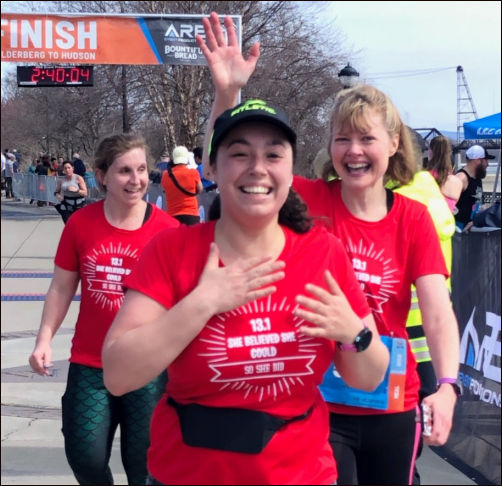 I looked at the clock. She had already crushed her goal.

“If we can pick it up, you’ll be under 2:40!” I shouted. She looked at me and started to sprint. I screamed like I was at a football game. She turned to me and smiled.

From the domestic violence shelter to 13.1 miles. The woman who crossed the finish line that day is the Christina she was meant to be, the one with a 3-year-old who loves when her mommy pushes the jogging stroller, the one who proudly shows off her splits on her watch.

Christina did that. She has the magnet on her car to prove it. Christina holds the power now. Christina changed her life. 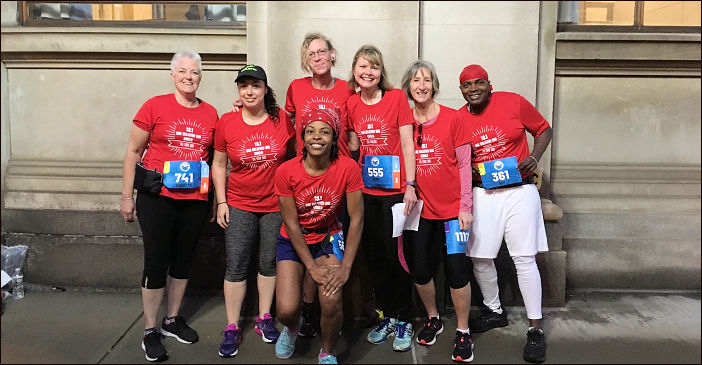 Jennifer Gish is president of Strong Through Every Mile. To learn more about the organization, or to support their work as a volunteer or donor,click below: