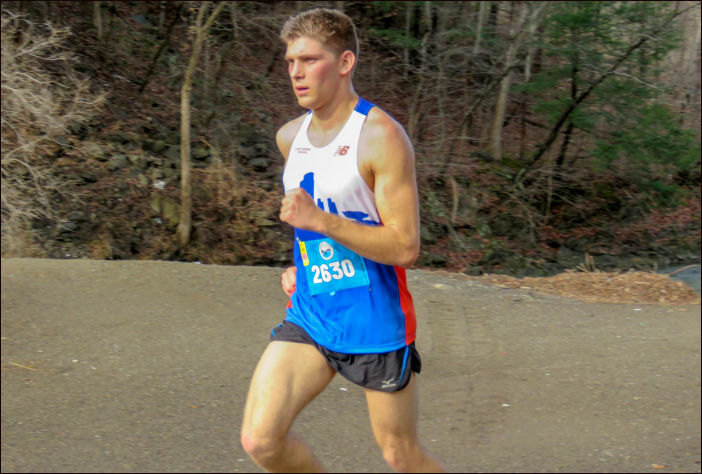 At long last, we’ve reached the point that saying the word ‘Spring’ won’t bring an imminent karmic snowstorm. Probably. Now that the weather isn’t launching a full frontal assault on our livelihoods, runners everywhere have images of trail runs dancing in their heads. Very little can compare to the first day on a single track in the sunshine, especially after weeks and months confined to cleared sidewalks and treadmills.

Unfortunately, though the Capital Region is blessed to be wilderness-adjacent, it isn’t exactly practical to make it to the Catskills or the Adirondack on a daily basis. I’m spoiled to have spent most of my running life in places with easy trail access and comparatively few roads paved with broken glass, so I’m just now learning how to cope with the adjustment. 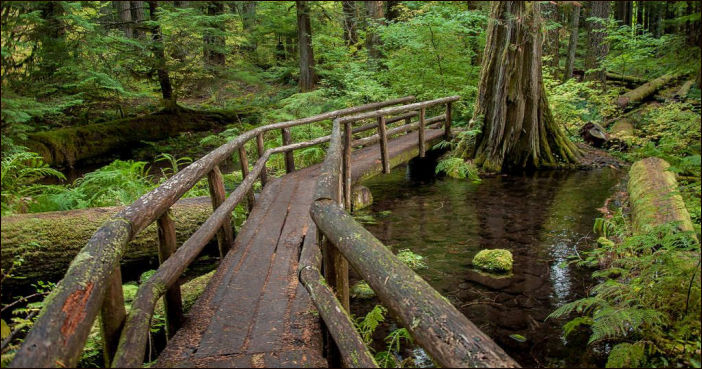 Avert your eyes for the next sentence if you’re of the true ride or die, 5 run 8, Albany for life club. I was not at all optimistic about the prospects of running in Albany when I moved here in January. I grew up in Oregon between Corvallis, home of the Oregon State Beavers (Go Beavs) and a town coincidentally called Albany. In my estimation the Pacific Northwest lives up to its reputation in several areas: 1) the show Portlandia, 2) the prevalence of certain, shall we say, medicinal crops, and 3) its immense natural beauty and verdant forests. Some of the best trails I’ve ever run on are still those that I could reach from my high school. Dusty packed red soil like an all-weather track and pine in summer; misty winding mountain paths under brooding canopies in the winter. Don’t let Phil Knight and those Nike ads fool you, Hayward Field might be a darn good track, but the heart of Oregon running pulses through trail maps. 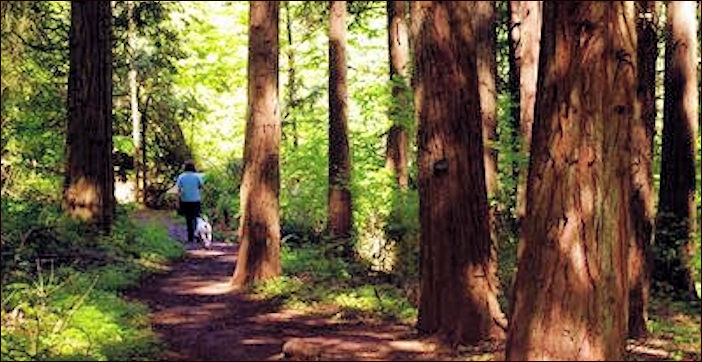 Peavy Arboretum forms much of the trail system in the foothills of Corvallis. Imagine what six months of rain can do to that beautiful surface

Coming from such luxury and a few years’ stint on some pretty good trails in Ithaca, the relatively urban setting of Albany has needed some adjustment. The past few months have been a trial by fire of finding some road running routes right in the city that don’t make me want to hang up my trainers for good. If you too are on a mission to Marie Kondo your list of runs and do away with everything that doesn’t spark joy, perhaps take a page from my own very short book.

It’s easy to limit your running route options when the criteria you use to choose them are out of whack. After arriving in Albany I basically looked for the biggest patch of green on the map in town -- Washington Park -- and made a beeline for it. For a while I hit the routes that on paper had the best chance of success, main streets with sidewalk space and parks. But if there’s a faster route to existential crisis than running around the same blocks over and over, I certainly haven’t found it. A valuable lesson learned: just because it’s the closest thing to a trail or a patch of nature doesn’t make it worth sticking to in the long run. 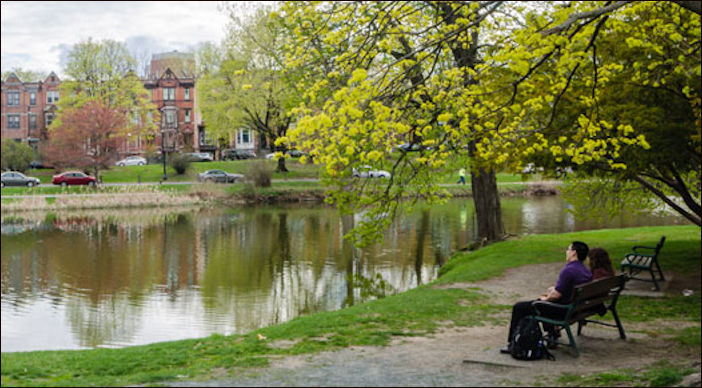 Fortunately, I didn’t have to figure out a remedy on my own because I joined up with the lean mean road-running machine of ARE. Usually, the ARE website has a list posted runs with start locations, mileage, and paces, which members join at their convenience. It’s been a great tool to establish a regular but undemanding schedule and learn some new routes right in Albany.

Most of our runs, or those that I attend regularly, start from U Albany or very near to campus. The loop around campus is about 3 miles long with gradual elevation change on a paved path, but if you prefer soft surfaces and hate hard-working landscapers, there are well-worn paths in the grass next to the blacktop. 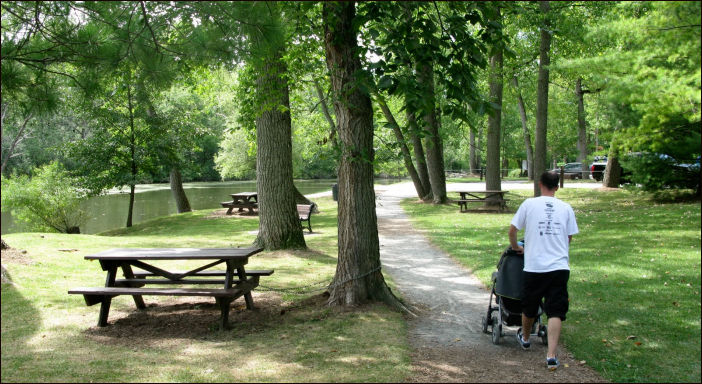 Buckingham Lake Park on Euclid Ave between New Scotland Ave and Western Ave might be small, but it's a hidden gem right in town.

Buckingham Lake Park is about 1.5 miles from campus, and a nice little oasis for a couple laps if you avoid the goose poop. The neighborhood enclosed by S Manning, HWY 85, Western Ave, and New Scotland Ave is good for a meandering stroll on tree-lined streets, wide sidewalks, and little traffic. It might not be a trail, but it’s not bad for us city-bound folk on a weekday.

For a while I also confined myself to the main avenues, Western, Washington, Madison and New Scotland, either because I thought it was easier to get around or because the more commonly used vehicle routes tend to leave a bigger impression on the mind. Fortunately, my sense of direction is on par with my fashion sense, so I got lost about once every week and made a fortuitous discovery: The intervening residential streets like Woodlawn, Ryckman, and Euclid, to name a few, are simply better to run on. The sidewalks are wide enough to fit one, the cars are certainly fewer, and sometimes it’s simply nice to feel the Mr. Rogers positive energy of a neighborhood rather than a secluded and private trail expedition.

Some if not all of this is neither news nor even good advice to those versed in the Albany Running Scene. If you fall into that category, feel free to write me with some tips on how to expand and improve my repertoire of runs even more. And if you’re just arriving to the scene like me, perhaps you’ll find some of it actually useful. Now it’s probably better to get out and on the run, spring might have just arrived and yet still winter is coming!

Matt is one of the newest members of ARE, and likes to run to burn off the calories from the Chinese restaurant he works at. In a previous life he was the Oregon State Boys 5A 1500m State Champion and competed on the Men's Varsity Track & Field Team for Cornell University, where he was a staff writer for the school paper. He loves to hear story tips from fellow runners and has a zero tolerance policy on shorts over tights.