Using Your Superpowers for Good 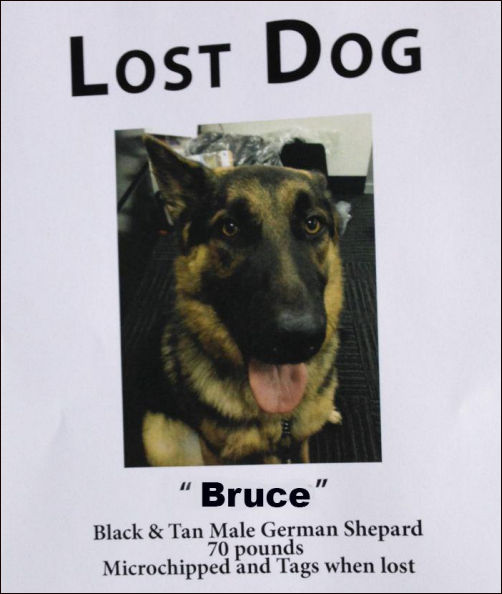 I consider running a true human super power available to anyone who is willing to unlock that power and get out there and have fun running on the trails and roads. I have enjoyed many of the new big screen superhero movies. They all start with the “origin story.” This is where a regular person gets bit by a radioactive spider or travels to secret Tibetan monks for training in the ways of magic to restore the use of his hands. The hero trains and learns how to master the superpower and goes on to save the world. The cool thing about distance running is that all able-bodied humans are capable, they just need to unlock the genetic gift of distance running hidden underneath our modern comforts.

Let’s be honest. Once a person has begun to master the power of distance, they don’t go on to save the world. They just spend many hours running which is awesome, but not an entirely practical thing to do in the modern world. I like to compare it with building sand castles on the beach. I love spending time building castles with my kids on a tropical beach, but every night the tide comes in and we have to start again the next day.

Last year I was actually able to use my superpower for something useful! On New Year’s Day 2018, a neighbor lost her dog. The call went out to the neighborhood and everyone began looking for Bruce the German Shepherd. The first couple of weeks of 2018 were very cold with single digit to below zero temperatures being the norm. Poor Bruce was out in the wild in the bitter cold. I followed the search on Facebook as it went on. One night, when I came home from work I learned that Bruce had been seen on trails behind my house. I geared up with my headlamp, wool socks, and YakTrax and went searching. I gave up and headed home after meandering in the snow on the trails behind my house for a few hours.

The next evening at work, I saw a FB post of a new sighting. Bruce had been seen in a neighborhood bordering a golf course. The big difference this night was that it was snowing. I figured that this was the best chance to find him. With fresh snow and a new sighting how difficult could it be to find him? So I left work early and geared up again. I called the neighbor and said I was coming to help. She told me where the search was and I headed over. There was an amazing search party out that night. When I drove up I found a slow moving jeep blaring Lady Gaga music. Apparently, Bruce liked music. There were people driving up and down the road. I got out of my car dressed to run (wool socks, sandals and YakTrax). Well, maybe they thought I was dressed like a wacko but I offered to help. I inquired as to the exact location of the recent sighting and was disappointed to find out somewhere on this street.

So, it was not going to be as easy as I thought, I would not just follow the tracks to Bruce. After running up and down the street, I decided to move on to the golf course that was behind the housing development. I found out that is where the real party was going on. There were several cars in the parking lot, and all sorts of folks looking for Bruce.

I left the car and started across the snow covered golf course. I saw a light in the middle of the course and ran over to see what was going on. A group of four people were grilling bacon and chicken on a Coleman stove in hopes of attracting the hungry dog. They also had a bottle of whiskey cooling in the snow. I declined the offer of bacon and spirits and decided to run along the edge of the golf course that bordered the housing development where the last sighting had been. After a mile or two, I came across some dog tracks, so I started to follow them. With the headlamp lighting the way I followed the tracks through the woods over logs into backyards. I feared I might be heading the wrong direction, but persisted.

Then the tracks made a sharp turn towards one of the houses. I started to get very excited because there were no human tracks next to the dog tracks. The tracks went to the back of the house and then turned and followed its perimeter. I then found myself looking at the underside of a deck with a bunch of pool chairs stored for the winter. As I scanned the area with the headlamp, there was Bruce looking back at me from under the deck!

At first it looked like he might run, but my wife had cleverly given me a pocket full of dog fish treats. With some coaxing and treats Bruce started to trust me. I called his owner on the phone and had her talk to him as well. They asked where I was, and well, I had actually had no idea! I was behind someone's house that bordered the golf course.

So, I gave up some personal information and dropped my GPS location on my public FB stream. The owners said they were on the way, but it would take 15 minutes. With some smooth talking and lots of treats I eventually managed to grab Bruce’s harness. 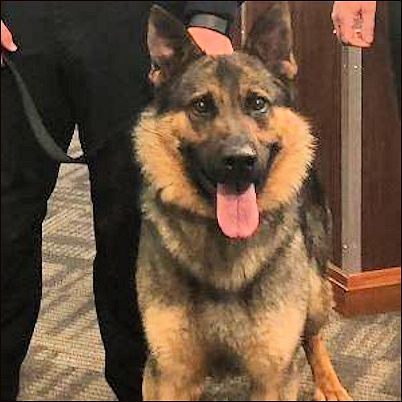 I waited with the owner on the phone, and then they said they had arrived, but I could not see them. I had them honk the horn and I could not hear them. I was going to have to move. Bruce and I made our way out from under the porch through the snow to the road. I started walking down the road and saw a house with someone in it. They saw me and came outside. Turned out they had been looking for the dog, and invited me and Bruce into the garage. We shut the garage door and Bruce was contained and safe at last!

In a few minutes the happy owners arrived and were reunited with Bruce. I got in 4 miles of dog tracking in the snow and was able to put running to a useful modern day task! Turned out the house I eventually ended up at got a call from a neighbor about a man talking under her porch! I am glad it all worked out at the end of the day and was happy to help.