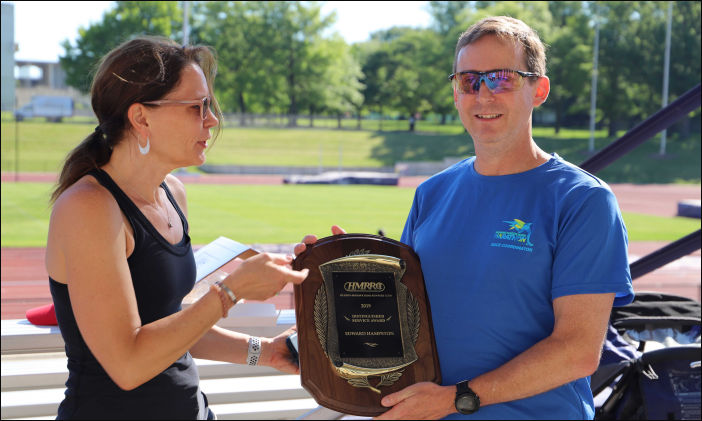 The 2019 Distinguished Service Member Award recipient, selected by a vote of the club at the May meeting, is Edward Hampston. Ed has served as the Co-Race Director for Town of New Scotland 7.1 miler since 2015 and Co-Race Director for the Winter Marathon (and former Marathon Relay) since 2014. In addition to directing two club races, Ed is the finish area coordinator for the MHRM/Hannaford Half Marathon. His contributions go beyond putting on races and extend to Grand Prix scoring, where he helps tabulate, verify, and post results.

Since 1972 the Hudson Mohawk Road Runners Club has recognized a club member with the Distinguished Service Member Award, honoring exemplary volunteer service to the club over an extended period of time.  Any member can nominate a candidate for the award. Over the last four decades, 59 members have been selected for this honor. 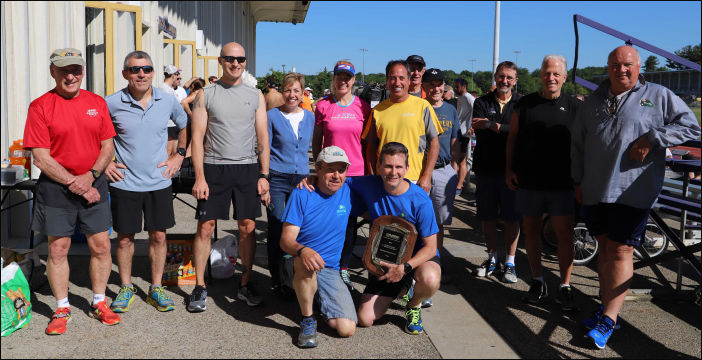 The Distinguished Service race course is 2 loops of a 4-mile route that includes SUNY Albany’s perimeter road and a .5 mile loop around Indian Pond. On the male side, Jon Lindenauer won for the second consecutive year in a time of 43:19.  Karen Bertasso was the first overall woman in a time of 52:04. Over 20 volunteers worked the course guiding runners and handing out water, a vital task on a hot day.

The many running events and programs organized by the HMRRC would not be possible without the service of dedicated volunteers. Congratulations to Ed on his recognition, and impressive race, to Jon and Karen on their victories and to all the runners who joined the HMRCC for the Distinguished Service race.

To all our volunteers, thank you. We run because of you. 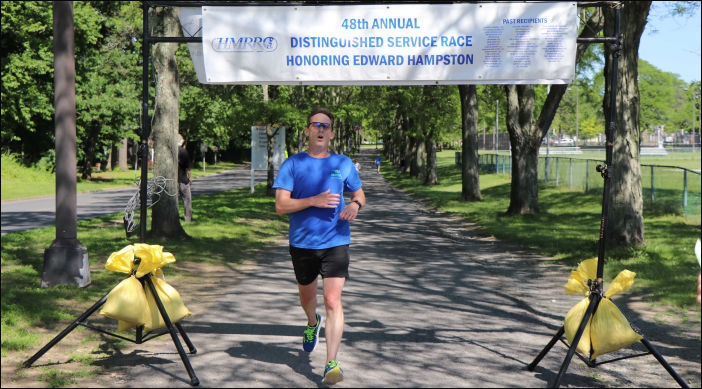 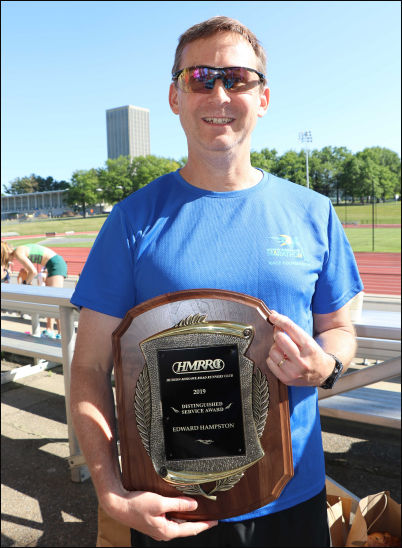 Results of the Race