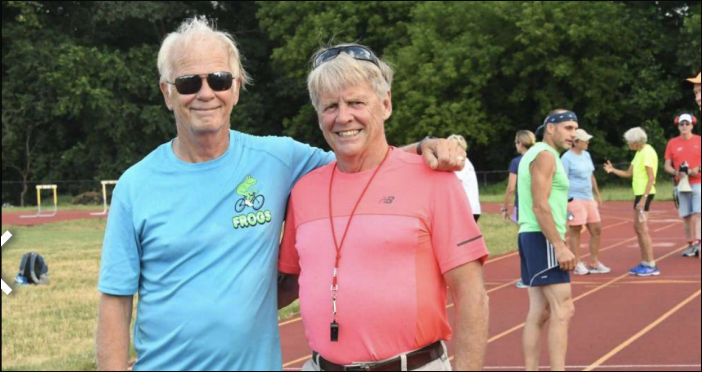 Until the late ‘60s area summer track meets were hosted at Bleecker Stadium on each of the 4 Wednesdays in July. One week there would be the 100 yard dash, the 440 yard dash and the 1 mile run. The next week there would be a 220 yard dash, and 880 yard run and a two mile. If competitors wanted a full-scale meet that had to travel to Brockport, Sydney, Rochester, Elmira or New York City.

My track club, the West Striders decided there was enough interest in track to warrant a summer meet schedule so my brother Don and I held our inaugural meet on Monday, July 8 at Colonie High School. A total of 18 males competed and we had 6 running events. We had 3 more meets and about 40 different people competed over the course of the 4 weeks. All the meets were run on the Colonie cinder track.

The contests were moved to the U Albany Grasstext track for the 1970 through 1972 seasons. We averaged about 30 competitors over the course of the 6-7 meet season. We had most of the standard running events and added several field events.

We moved back to Colonie’s newly surfaced Resilite track for the 1973 campaign. In 1975 the Colonie Recreation Department took over sponsorship of our program from the West Albany Striders. At this point we started getting between 100 to 125 competitors.

The “Running Boom” in the early ‘80s and the advent of the Empire Games helped our numbers to increase.

Back to Colonie for 1988 and a return to normalcy as far as participation went. We made a drastic change in 1990. Tim Layden, now one of the head writers at Sports Illustrated, was a fledgling area sports writer and his main assignment was covering the Saratoga Race Track. Tim was a 4:20 miler but couldn’t race on Monday because Saratoga was open. The track was “dark” on Tuesdays so Monday Nite Track Meets became Tuesday Nite Track meets. This actually helped attendance since we got more road racers involved. We had another drastic change in 1990. We ran our meets at Shaker because Colonie was installing a new polyurethane track.

We had many highlights in the ‘90s. In 1997 we got to use the football concession stand bathrooms. We had been bathroom-less for about 28 years. Also we celebrated our 200th meet in 1994. Five competitors from the inaugural meet in 1969 competed---Charlie Shrader, Bernie Gansle, Jeff Green, Don Myers and myself.

The Hudson Mohawk Road Runners Club took over sponsorship from the Colonie Recreation Department in 2010. 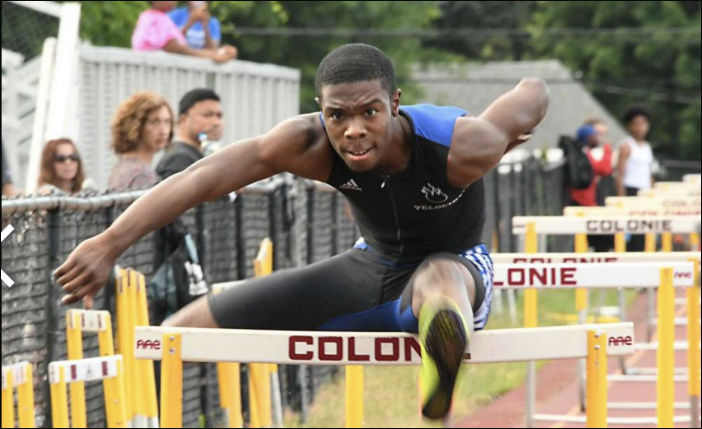 National Champions – Between 15 and 20

Since the “Running Boom” is way over, we generally get a huge number of “kids” and not as many adults as past years.

THE PROGRAM HAS BEEN “FREE” SINCE ITS INCEPTION 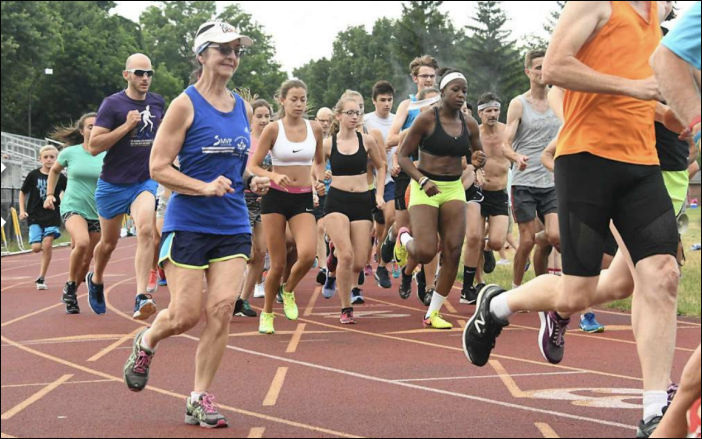 Helpers (non-paid) that I can remember:

The red have helped this year. My apology to anyone I forgot. After all, it’s been 50 years. 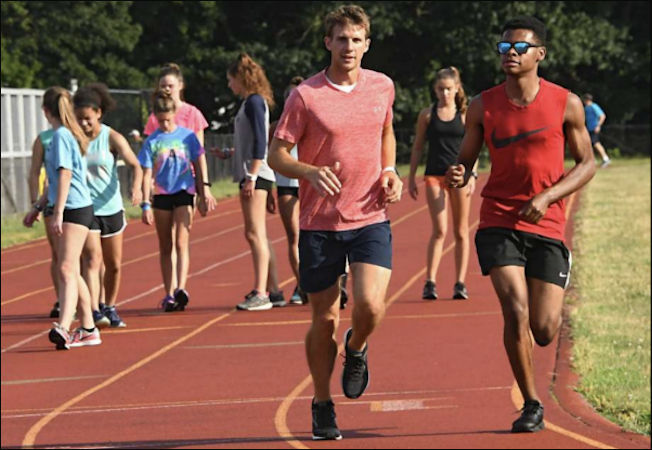 Something for everyone: Colonie summer meets still popular after 40 years 2009