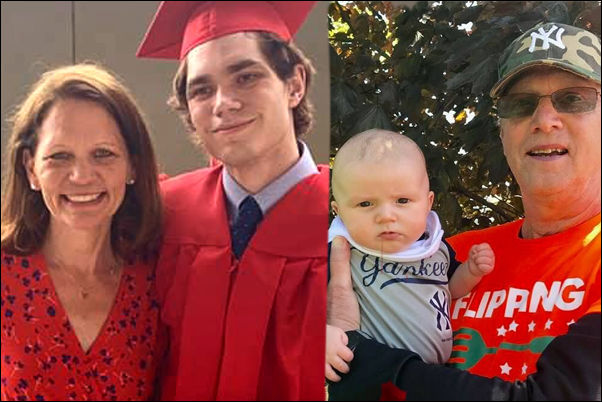 How Not to Die Alone by Richard Roper

A charming, darkly funny and life-affirming novel about a British civil servant living with a sad secret that slowly unravels as he makes a connection at his hilariously dysfunctional workplace and rediscovers the power of friendship. The zany plot line and sardonic British humor add smart, entertaining wit to what is a totally lovely, deeply poignant and heart-wrenching story about overcoming loss, the power of connection and the importance of never taking love for granted.

This is a generational novel about the families of two Irish NYC cops living in suburban upstate NY. Tragedy pervades their lives, stemming from severe mental illness, alcoholism and betrayals.  While this may sound incredibly dark and intense, and it is, the story is so compassionately told and the characters so heart-felt in their connections to each other that I cared very much about what happened to them. Ultimately, a good family novel delves into the difficult subjects--the issues that we want to run from instead of confronting--and can help us understand each other better, be more empathetic and feel less alone in the experiences that are actually shared by so many. This novel achieves that and I highly recommend it.

The Friends We Keep by Jane Green

A typical summer-beach read by Jane Green. Sprawling novel about London college friends whose lives become disparate and complicated over the years as they lose touch and then rediscover each other in middle life, just in time to recover together from life’s disappointments.  It is entertaining and easy to read but like a lot of this genre, loses some of its charm in predictable character development and too-easy conflict resolutions. Still, great for vacation and easy reading on the beach or pool-side.

The first Tessa Leoni (a Boston Mass State Trooper) and the fifth D.D. Warren (Boston Police Detective) novel. The two female Boston police officers meet over a sticky situation. Police found Tessa beaten at home (her husband Brian Darby?) with her husband dead from three shots to the body from her state-issued Sig Sauer. At first, it seems like self-defense over another beating from her steroid-using husband, but not all is what it appears to be. And where is Tessa's six-year-old daughter? D.D. and her former partner (and lover) Bobby Dodge, another State Trooper must figure things out before little Sophie is gone for good. Did Tessa really shoot her husband? Was it self-defense? Did she kill her own daughter or was Sophie kidnapped? You'll have to read it to find out.

Fast forward two years after Tessa saved her daughter Sophie in Love You More and she now works security for a private firm after leaving the Massachusetts State Police. She catches a case (once again with D.D. Warren) about a client's family who is kidnapped from their rich Back Bay Boston home. (Inspiring flashbacks to Sophie's kidnapping in #1.) As the Denbe family (father Justin is the owner of the million dollar institutional construction firm with wife Libby and 15-year-old Ashlyn) is abducted with Tasers and transported deep into the New Hampshire mountains, Tessa teams with the F.B.I and county sheriff Wyatt Foster to attempt to find the family before their military-type captors kill them. Full of intrigue and deception, this is Lisa Gardner (and Tessa Leoni!) at her best!

Always good to be re-acquainted with Lucas Davenport and the gang. Of course, he's moved on from the Minnesota Bureau of Investigation and is now a special politically-appointed US Marshall who gets to choose his own cases, usually those to do with serial killers. This one is a unique one as the marshalls team up with the FBI chasing down a gang of big-time robbers from LA who now have a cannibal/ serial killer in their midst. Wild chases and crazy traps along with no one trusting anyone. Lucas gets shot (again!) but hangs in there to help his buddies Bob and Rae, and Rae's new FBI friend chase down Clayton Deese, the Cannibal! It's hard to tell the bad guys from the good guys and there's a lot of double crosses. Let's see if Lucas can win out in the end! Cameo's by all our old friends: Virgil Flowers, daughter Lettie, and wife Weather among them.