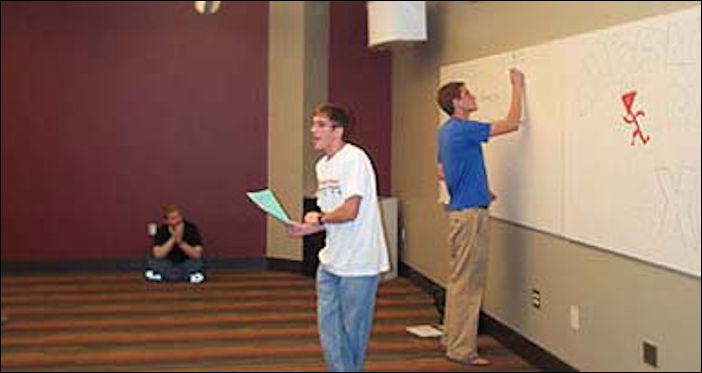 Seventeen years ago there were no Thursday night Summer Trail Series runs, no Hairy Gorilla Half Marathon and no Squirrelly Six Mile. Instead there were just three college students named Josh, Nick, and Chris, and several posters for something called the Albany Running Exchange. And of course, about 20,000 bagels.

If at all involved in the capital region running scene, it’s likely that the ARE has popped up on your radar at least once from the 150 running events it or its sister company, ARE Event Productions, puts on every year. In just over a decade and a half, the club has become a major part of the local running community, but sometimes it’s hard to wrap your head around everything ARE is and does. Is it a club, a company, a website, a forum, or possibly just a hive mind of lunatic runners? Perhaps a little bit of all. To understand the current form of the club, I had to enlist the help of founder Josh Merlis and turn the clock back almost two decades.

“From the moment I started the club in 2002, my idea was for it to be a web based social network for people to find others to run with,” Merlis said in an interview at his home, where he lives with the light of his life -- his cat Hudson -- and wife Michelle. “The goal was always to create community, but it was for the community to be created organically by its own members.”

If anyone can outline the club in its entirety, it’s Merlis. After all, he’s coded every line of the website and accompanying registration portal, ZippyReg, from scratch. But despite all the work he’s put into the club and offshoot companies over the years, he hasn’t moved very far in that time. In fact, the first meeting of the ARE happened a little less than seventeen years ago in the Empire Commons Apartment Complex, about 2,000 feet from his present-day couch.

It’s possible the club would never have gotten off the ground had it not been for the implosion of the UAlbany varsity Cross Country team in 2001, when a controversial change in coaching staff lead to a mass exodus of athletes. Merlis, who was team captain, was lied to repeatedly by the athletics department and ultimately was part of the departure once the dust settled. As the 2002 track season wrapped up, the former teammates joked on AOL IM about starting a running club with the suggested name “Runners Gone Mad.” 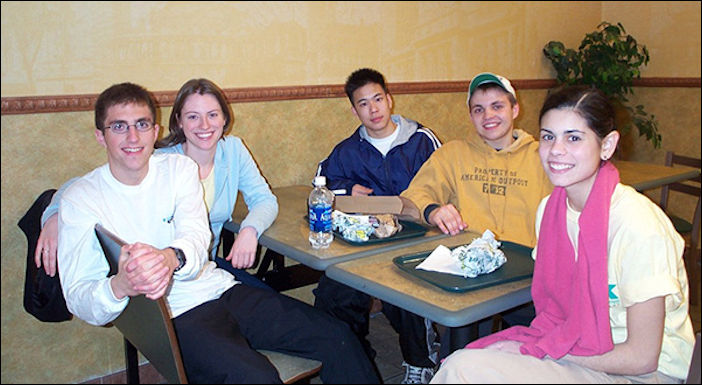 It didn’t take long for the rumor mill about a real running club to start circulating. Chris Chromczak, still an active member of the club today, was a high school senior eager to see a club get off the ground, according to Merlis. He even started posting on a website used as a forum for the former teammates to ask about the club.

As a counselor at Winged Foot camp that summer, Merlis met Nick Ng, who was going to be a freshman at UAlbany. Rob Freeman, another counselor at the camp and also a high school teammate of Josh’s, overheard Josh discussing a club with Ng. Freeman and Chromczak, who, like Ng, were also freshman at UAlbany, happened to share a class and serendipitously made the connection of knowing Josh and how Josh had been considering starting a club.

And so it was, with some email encouragement from Chromczak and Ng, a running club was created. All they needed was some new members. 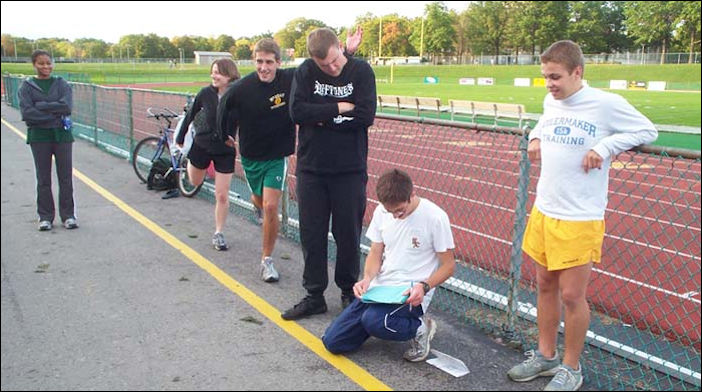 On Oct. 1, 2002, the Albany Running Exchange held its first ever meeting in a common area of the Empire Commons Apartment Complex. Approximately 50 people were in attendance, according to Merlis. The next day, and every Monday, Wednesday, and Friday for the rest of the semester, about 20 people would show up to run together.

The next semester, Merlis scheduled his classes so that he could host runs 5 days a week, which he proceeded to do for the remainder of the semester. Strong ties within the group quickly began to form.

“Everybody became a family and it was frickin awesome. We’d run, we’d got to the dining hall...it was a good group of guys. It’s weird looking at this and realizing how long it’s been,” Merlis said. 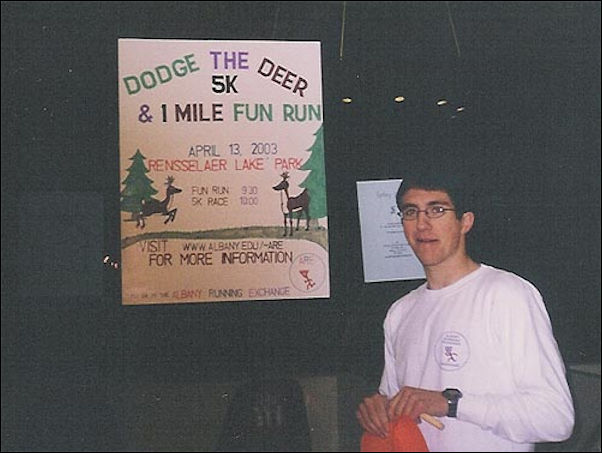 When they became more established, the club started taking trips all over the capital region and beyond; groups of 50 or 60 kids off to Philadelphia or Niagara Falls for the weekend. As costs grew, the $300 club money they received from the school wasn’t nearly enough. As any running club might, they launched a fundraising race, the first ever Dodge the Deer in the Spring of 2003. But they also started selling bagels. Thousands of them.

An early example of Merlis’ business acumen, the club would buy bagels for 50 cents a pop from Uncommon Grounds and use donated gift cards at Price Chopper for cream cheese and toppings. Over the course of the semester, they sold around 20,000 bagels for $1.00 a piece, netting $10,000. Lurking deep within the collection of ARE websites, there is still a page to sign up for a shift at the table to sell bagels.

“We just became an institution. Everybody would come to buy bagels from us. We would start the day with 20 dozen bagels...we would have lines going up the stairs,” Merlis said. The next year, the school changed the rules regarding tabling and selling on campus to greatly mitigate their success. There’s no way to prove what prompted it, but in addition to competing for some of their business, ARE “might have been permanently borrowing napkins from the campus center.”

For the first two years of the club’s existence, it was strictly a college students’ affair. But when Merlis graduated in 2004 and made Albany home, he created the Summer Trail Run Series as a quasi-replica of a similar series he attended for many summers on Long Island. This brought a steady flock of adults to the club. The Brave the Blizzard Snowshoe race and Hairy Gorilla Half Marathon and Squirrelly Six Mile, both still annual events, began soon after.

This brief accounting of the club’s early days still leaves many questions unanswered. I encourage you to read part two of this story in The Pacesetter’s next issue, to find out more about the ARE. After all, it’s come a long way from a few students and a lot of bagels. 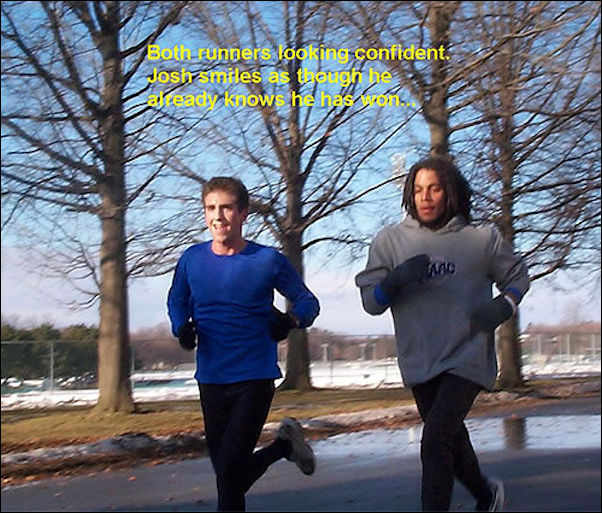 Matt McGowen is one of the newest members of ARE, and likes to run to burn off the calories from the Chinese restaurant he works at. In a previous life he was the Oregon State Boys 5A 1500m State Champion and competed on the Men's Varsity Track & Field Team for Cornell University, where he was a staff writer for the school paper. He loves to hear story tips from fellow runners and has a zero tolerance policy on shorts over tights.