The Helderberg to Hudson Half Marathon 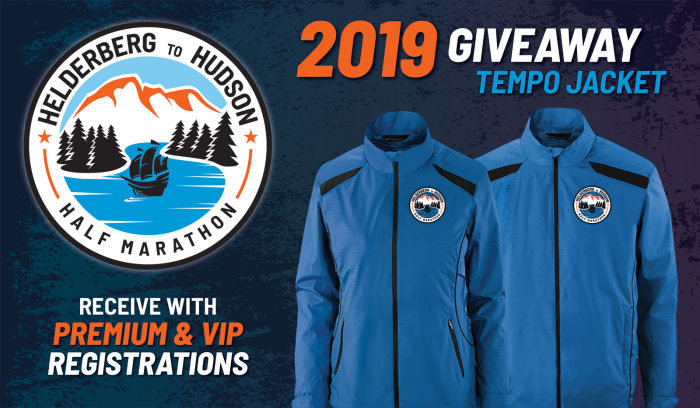 Josh Merlis has written an article about the genesis of this exciting new race, but before we get to that, basic facts about the race and its collaborative effort will be presented. 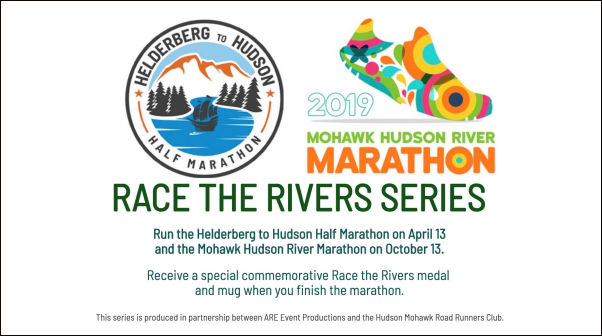 In addition, the Helderberg to Hudson Half Marathon has been incorporated into the USAFT Adirondack Grand Prix Series.

Helderberg to Hudson Half Marathon

Free shuttle service from the finish to the start from 6:15AM to 7:00AM for all participants.

Volunteers and sponsors are welcome. To find out more about the race and register to run, help out, or be a sponsor, click here.

Wouldn’t it be awesome!?

As the summer of 2018 got going, I noticed myself returning to that thought, wouldn’t it be awesome? I’m referring to a race on the new Albany County Helderberg-Hudson Rail Trail - a 9 mile gradual descent on the freshly paved path from Voorheesville to Albany. But since when is 9 miles a popular race distance? Heck, has anyone ever decided to go for a 9 mile run? More people probably run 100 mile races than have ever started a run with the intention of covering exactly 14.484 kilometers.

About 2 months earlier, Randy and Kathy Goldberg told me about a place called Lawson Lake Park. The facility had been around for many years, operated as a sleep away summer camp, but it shut down in the early 1990s. A few years ago, Albany County took it over with Brian McCoy in charge of bringing it back to life.

I had no idea what to expect as we arrived at the 420 acre park barely 10 miles south of Delmar. We were given a tour and I was in awe. Having been in the Capital District for 18 years, producing ARE’s Summer Trail Run Series (STRS) since 2004 and involved in a variety of other trail events, I was amazed that we had this gem under our noses the whole time. To be fair, Brian and his team had done yeomen’s work and that it wouldn’t have looked so good 10 years earlier. Upon conversing with Brian, I learned that many improvements had only been made within the past few weeks!

Excited about the opportunity of a new venue for trail runs and eager to partner with Albany County to help them get the word out about this rejuvenated goldmine of outdoor opportunity, we chose it as the June 28 location for our STRS, complete with a BBQ and music. We also firmed up plans to launch the Lawson Lake Trail Run on July 22. Each time I went to the park, considerable improvements had been made. The dedication to making this place special was undeniable.

After the Lawson Lake Trail Run, and a few more runs on the rail trail, I spoke with Albany County about the prospect of holding a race there. Much had to be worked out, but eventually the major details were in place. We are sincerely grateful to Albany County Executive Dan McCoy and his team, and the Albany County Sheriff’s office for making this is a reality.

Assuming that covering 9 miles was not the ideal choice, we ultimately decided to put on a half marathon. The race name was a given - it’s what the race is! Determining the first couple of miles was tricky since we desired to avoid railroad crossings and also minimize our impact on traffic.  This is why we ultimately decided to start the race in New Scotland Town Park. This further increased the downhill section by adding another 100 feet to the starting elevation. The total elevation loss of the course is 470’ - PR city! The last 2 miles worked out quite well since Albany County and the City of Albany announced their plans for the connector path to join the rail trail with the Mohawk-Hudson bike path. The last part of the race follows that route. The race kicks off with just over 2 miles on the roads of Voorheesville allowing runners to spread out before they get on the rail trail. From there, the course heads east just shy of 9 miles into Albany before exiting the rail trail and heading north to Jennings Landing. There are no railroad crossings and the middle 9 miles have very few road crossings as runners travel a path bordered by forest, meadows, and homes.

AREEP directed its first race, Dodge the Deer 5K, on April 13, 2003. Since then, we’ve had the pleasure and privilege of providing services to over 1,300 events. On April 13, 2019, we are tremendously excited to launch our latest venture, the Helderberg to Hudson Half Marathon.

Our goal is to create a major event experience. From the logo to the course signage, attention to detail in how participants will receive their items at packet pickup to the VIP offerings, we are thrilled at the opportunity to put together an event that offers all the good things we seen at races across the country to make an even better on.

In addition, based upon some of our polling on Facebook and general conversation with fellow runners, it was important to us to create an event that offers the ability for participants to tailor their own experience. We are offering 3 registration types: Regular, Premium, and VIP. Regular registrants receive the event shirt, finisher’s medal, post-race food, and complimentary digital photos. Premium and VIP receive those items, along with a specialized running jacket and personalized bibs. VIP truly get pampered, with their own designated areas at the start and finish, including dedicated porto-potties as well as a post-race beer. The finish line VIP viewing area is on the Hudson River, against the fence at Jennings Landing.

Registration opened on 12/5 and on 12/24 we eclipsed 1,000 entries. Registration will remain open through March 1 although we do encourage people to register sooner to save money on the fee and also ensure they receive the size apparel they desire. To that end, we will be giving each registrant exactly what they order - but once our orders are placed, the registration page will reflect remaining quantities, so it is possible a particular size shirt and/or jacket won’t be available come February.

On a personal level, I am particularly eager for our participants to see and experience our plans for the finish area. While yes, it is the same general location as the HMRRC Mohawk Hudson Marathon and Hannaford Half Marathon, it will feel different for a few reasons. For one, being 6 months earlier, at the relative start of spring, it will look different. In addition, this new Half Marathon finishes literally in the center of Jennings Landing. While the race does finish heading south, it is actually otherwise nearly completely run in a northward direction for the final 2 miles. As such, at about 12.8 miles, participants will be heading north past where we will be setting up the post-race festivities area, complete with music, announcing, and the cheering of spectators and those who have already finished. It’s going to be very sweet, and we sure hope you decide to join us!