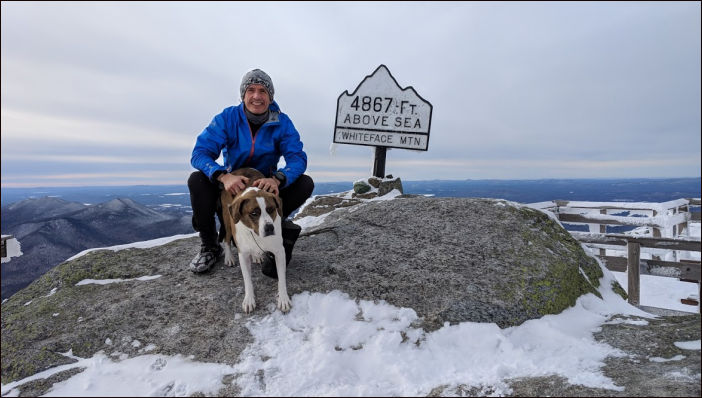 When I first started trail running, I was unaware that winter trail running was a sport. I kept to the roads during the cold snowy season of the year.  I believed that once the trails were covered in snow and ice, they were off limits. I have since discovered that running on snow and ice can be awesome and there is no need to spend the entire winter on roads, or a treadmill.  This winter for instance, I have run perhaps 5 miles on a treadmill, and now will run outside in any temperature or weather conditions.

My first experience with the trail and snow running was in Aspen over New Year’s 2015. While running on local roads I came to a trail head for the Ute trail. It looked interesting, so I ventured off the road and the trail quickly switched up a steep climb. I immediately started to slip and slid only making it about 200 yards up the trail. That evening after a day of snowboarding, I went to the local mountaineering store and asked about traction, and purchased some YakTrax. The next morning I returned to the Ute with Yak’s over my Luna Sandals. I climbed the well tracked trail until I came to an awesome view, and then proceeded to run down the snow smoothed, switchback trail. Going downhill was such a thrill in the snow and was just about as much fun as snowboarding. 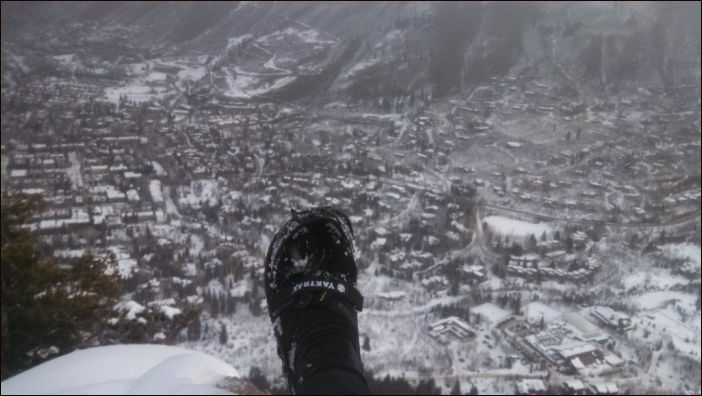 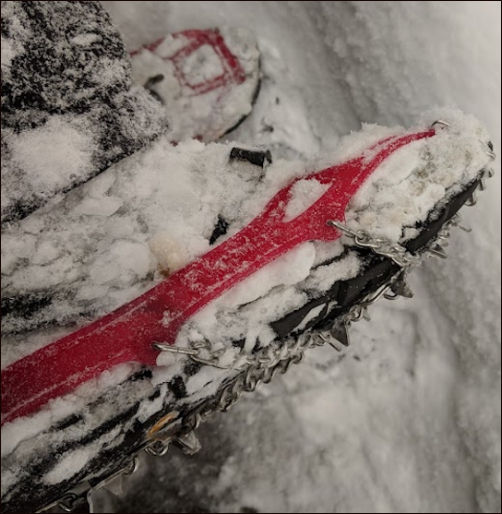 YakTrax are great, but for serious adventures I have found microspikes to be essential. My first experience with microspikes was on New Year's Day 2017. That day J. and I ran up the Whiteface Memorial Highway. The road alternated between pavement, well tracked snow, ice, and deep drifts. Should you ever get the chance I recommend climbing the highway in the winter. There is something very cool about an abandoned road with no cars and amazing views.

However, once we reached the castle at the top and the staircase to the sky. The stairs were filled in with snow and ice, the wind was blowing with at least tropical storm force without the tropical part. We found shelter at the base of the castle and I deployed the microspikes. We began the final ascent up the icy staircase into the sky. To my pleasant surprise the microspike sandal combination was perfect making me feel like spiderman running up the side of a building. To the right was a beautiful view of the Adirondack park with ice and snow covered mountains and icy lakes as far as the eye could see. To the left was the mountain we had been climbing for the past few hours. In the back of my mind lurked a worry that the descent might be more treacherous than the ascent. But, I would not have to worry about that for at least another five or ten minutes while we took in the vistas.

The handrail cables were covered in an intricate wind carved sculpture of ice and snow with unnatural looking sharp angles jutting out in very interesting patterns. It felt destructive to hold the cable and destroy this sculpture. After about two and a half hours we reached a most inhospitable but beautiful place: a blindingly white snow and ice covered mountain top with 360 degree views and buildings abandoned until the summer. No other tracks were visible. J and I were at least for the moment kings of the mountain, the only humans to be at this amazing spot at that time.  No time to dilly dally, it was very cold and windy. I noticed that I was wearing one layer of running pants, a tech shirt, two shell jackets, wool tabi socks and sandals with microspikes.  It was odd, I felt a bit out of place so it was time to go!

It was the moment of truth: would I slide down the icy steps to my death or would the spikes work? I tentatively stepped over the edge and began the descent. Although it was only three tenths of a mile of the 21 mile journey, it was worth the price of admission as the spikes gripped the ice and snow perfectly allowing for a quick but amazing descent from the peak. I carefully  picked each step while enjoying the view and feeling the rush of excitement. I am certain that moment will be forever seared in my mind. All too quick, we were back to the tunnel and relative safety on the long winding road home.

Since discovering microspikes I have had many winter adventures. I have run from Buck mountain to Sleeping Beauty and back, many miles of Moreau, and SMBA trails. One of the best things about trail running in the snow is the downhills. With the right conditions, a smooth tracked out trail can be much easier to descend than it would be in the summer. With spikes on, you grip the trail, and the snow covers all the rocks and roots making for a smooth trail. I credit my winter trail downhill adventures with helping downhills to become an asset instead of a liability in my running. 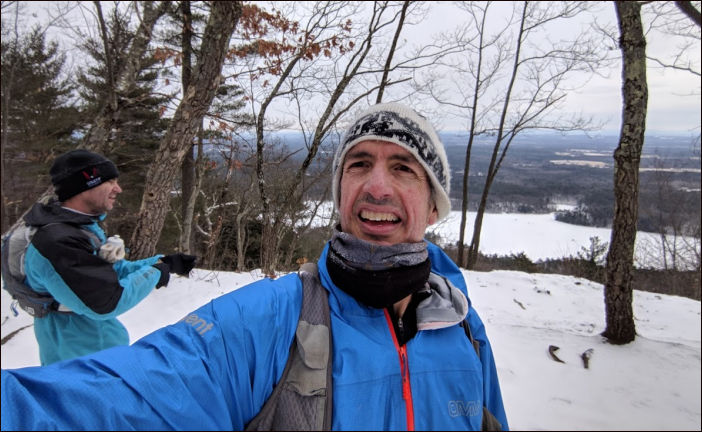 Don’t let the weather keep you in

I have learned to love each season for what it has to offer. Winter can be awesome with opportunities to improve downhill skills and enjoy amazing snow and ice covered terrain. I have never found it to be too icy, cold, or snowy for adventure. Besides, you never know when running in subzero temperatures in the snow might actually come in useful and even save a life.

To run trails in the winter you need good traction (Microspikes), warm socks (100% wool), and a sense of adventure. You might find yourself slogging for hours and only making a few miles progress, or you might find yourself flying downhill faster than you ever have before. As long as you are ready for either condition or more than likely a mix of both, you are ready to hit the winter Trail. 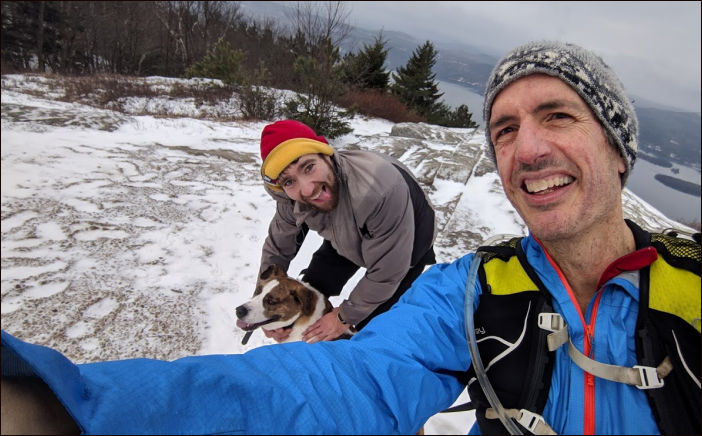 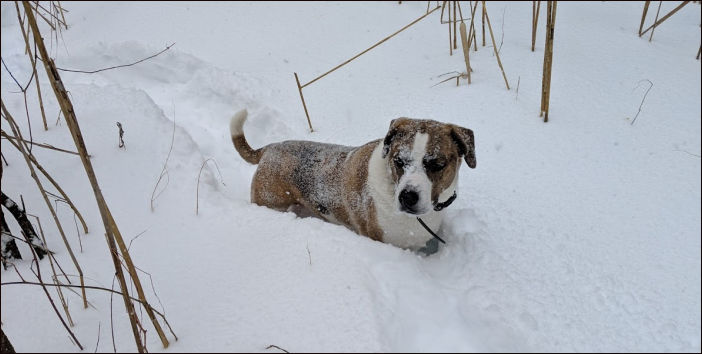