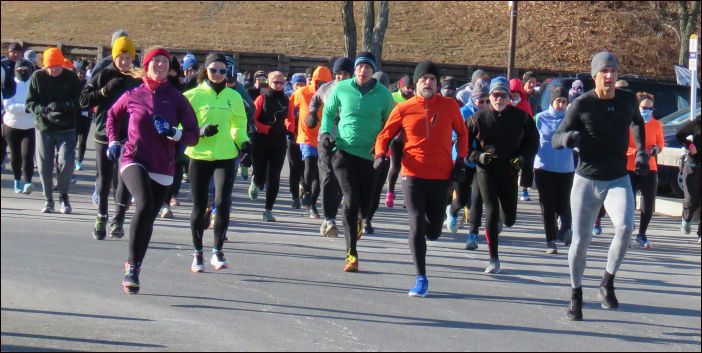 Starting is an aggressive act. One goes from zero to race speed in seconds, through force of will. Also included in the mix of starting are the early stages of the race course that need to be scouted out. Of note are any terrain changes, turns or bottlenecks that can present a tactical advantage or disadvantage depending on how they are approached.

Track racing and in particular, indoor track racing present unique challenges. With 10, 12 or 15 runners vying for pole position into the first turn attempts at early placing can be critical, especially in shorter races like the 600m or 800m. 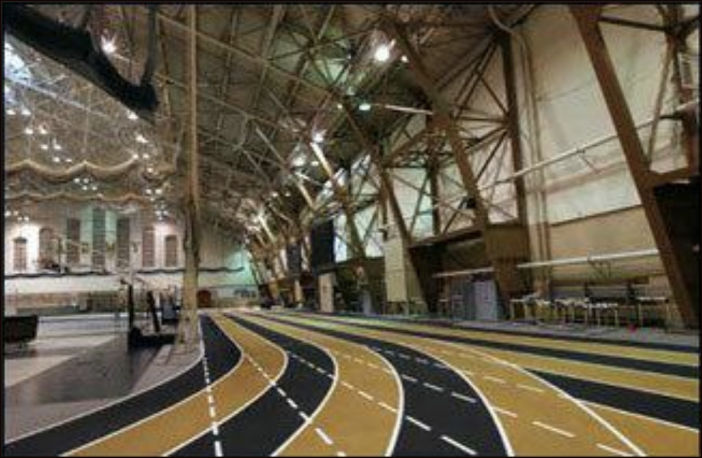 One of the last races I ran was an indoor 800m at West Point. The meet was put on by the old Metropolitan Athletics Congress (MAC). The meets routinely drew talent levels that ranged from Olympian to no. I was scheduled to race the third heat of three.

On paper one needed a qualifying time of 2:04 or better to enter. In reality, if one stood upright, could fog a mirror and had the $10 entry fee you were in. The third heat was a collection of humanity akin to the Walmart of racing. There were contenders and pretenders. As I scanned my competition, I realized there were guys there who couldn’t run a 2:04 if they were in free fall. I distinctly remember lamenting – so this is what it has become?

With such a diverse talent pool and a particularly large field (there ware at least 15 runners) I ran through several race scenarios and the options they presented. There would be a crush at the start with all the guys good for at least 50m, then there would be the slow death as one dying runner after another clogged up the track. This would lead to bumping and shoving and almost certainly somebody taking a dive or getting spiked. I resolved to get off the line quick and leave the pack behind to devour itself.

Two of the competitors immediately stood out. The Headband was a chunky guy, maybe 5’8” wearing striped knee sox and trainers. He seemed nervous. I chalked him up as a rookie. The second guy had to be at least 6’8”, maybe even 6’9”. He was the tallest runner I had ever seen. His most distinguishing characteristic was his neck. He had a neck like a giraffe. Once again, I thought – so this is what it has become?

I pulled starting position #2. As we approached the start line, I could see Headband was going to be in lane 3 and Giraffe in lane 4. If those guys beat me to the corner, my race was over.

In the moment before the gun Headband stood distractedly looking left and right, not sure what was going to happen next. He toed the line with his left foot. This gave me my opening. As I stood in the set position, I brought both my arms in front of me. In that split second of hold I moved my right hand toward the Headband’s thigh. With the gunshot I pushed his right thigh down holding his foot on the track as I broke for the corner.

In theory my creating a moment’s hesitation by the Headband was to give me that precious moment to break on top and avoid the crush of the pack. In theory.

I did not see what happened, only heard. It seems that the Headband lost his balance and with his first step veered right. He crashed into Giraffe on his immediate right. Giraffe in turn veered right and proceeded to fall. Now a 6’8” person who falls, falls in stages. As it happened Giraffe took down five guys with him. As I sped away, I heard a jumble of runners’ curses and crowd laughter. I knew there would be no recall, after all, this was the third heat. And, this is what it had become.

In the end I finished second. I jogged away from the finish line endeavoring to avoid any finger pointing. I stopped to catch my breath behind the bleachers. Almost instantly the guys from my team came over to congratulate me on my finish, and on my start. One guy summed it up, “Coach, when are you going to teach us how to do that?”

The importance of a race’s start is inversely proportional to the distance run. I’ll give you a second to re-read that sentence. Think about the 100m—the start is critical. Think marathon – the start – not so much.

This is not to dismiss the import of the race start in road races as some of the same fundamental principles apply. Listed below are simple suggestions to keep one’s thoughts focused on starting efforts and productive starts.

Identify the Starter – Who is the starter? Where does he or she stand? What commands will be used? Does the starter have a set cadence? Or do they vary their cadence from race to race? Can you watch (and listen) to the starter start other races?

The 1st Step – You toe the line with your lead leg. When the gun goes off – which leg moves first? You have a choice. With the “jab step” the lead leg moves first and you push with your back leg. This is more for a quick indoor track start with many runners in a confined space. Taking a “full stride” by driving the back leg foward is more for cross country or road races that allow for a slightly more relaxed start.

5 Quick Steps – Commit to getting off the line quickly. Five quick steps will get you into the flow of things and one can shift to smooth, quick running strides.

The 1st Turn/Bottlenecks – In a track race, runners break for the pole or inside lane. They are supposed to have a “full running stride” before they do this. It is a violation that always happens and is never called. “Set yourself up for the turn,” means make some space for yourself. In road or cross-country races “bottlenecks” are narrow areas of a course that funnel runners. The leaders run unencumbered while the pack gets jostled with stutter steps and jerky running efforts. One should review course bottlenecks beforehand and “set yourself up the turns” so they can be negotiated smoothly, especially if they are at the early stages of a race when the running pack is still crowded.

Incidental contact – Congestion breeds contact. You might get bumped or pushed. It happens. Accept it and move on. A shove or an elbow are different. Better to forget and move on than try to retaliate. Let the officials do their job.

The Rolling or European Start – This is a track start where the runners use a 2-3 step jog up to the line, hold the set position for a moment and then the gun fires. One must firmly hold the set position as there is a tendency to let momentum continue with the forward lean and create a false start. If your race schedule uses this type of start it behooves you to practice it so the mechanics of the “approach and hold” at the line can be done under control.

The Final Thought – I always trained my runners to think “I am strong, fast and confident” in the moment before the gun shot. This tiny affirmation was used to get them off on the “right” foot, literally and figuratively. And with the gun shot they were ready to race.

A journey of 1000 miles begins with a single step.

All races begin with a start. In the shorter races the importance of the start can be critical. The start is a chance to focus one’s attention to the task at hand. While starting can be dismissed as a trivial part of the larger race if the first step is a “good” step it can have a domino effect that can build confidence throughout the race. Starting then becomes a skill worth practicing and perfecting.

Russ Ebbets, DC is a USATF Level 3 Coach and lectures nationally on sport and health related topics. He serves as editor of Track Coach, the technical journal for USATF. He is author of the novel  Supernova on the famed running program at Villanova University and the High Peaks STR8 Maps trail guide to the Adirondack 46 High Peaks. Time and Chance, the sequel to Supernova was published in May of 2018. Copies are available from PO Box 229, Union Springs, NY 13160. He can be contacted at spinedoctor229@hotmail.com. 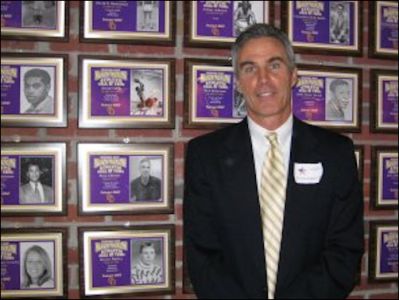 When I was a Child