by Christine Bishop and Friends

The Winter Series is a fixture of the HMRRC running season that is free for HMRRC members.

The first section of this article contain the answers to a Pace Setter poll asking why people run the Winter Series and the second section contains links to the results and photos of the events.

Why We Run the Winter Series

I enjoy running the winter series because it makes me get out of the house on a cold morning, when I would rather stay inside. I enjoy seeing the HMRRC running community just having fun because no matter your pace you can run with anyone because it’s not a competition, but a great way to log miles. I look forward to the weekends I get to come to U Albany to log my training miles with friends. Also the great refreshments at the end help. 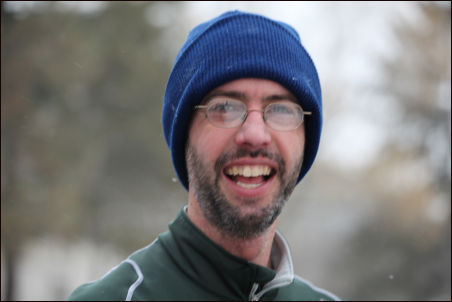 I try to run in several races throughout the winter months. The HMRRC Winter Series is great for getting in longer training runs on cleared roads while in daylight. I usually run after leaving work so the weekends are the only time I see the sun during winter running. I look forward to attending running events and even though the winter months are a down time of year, it’s great to have a race on the calendar at least once a month. Two of the winter series events serve as Grand Prix points races, so the opportunity is there to run a bit faster in those. 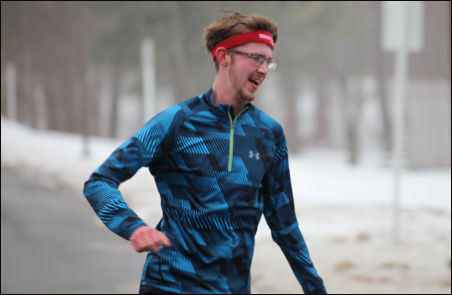 I run the winter series because it's a great way to stay competitive in the winter time and it gives me a reason to train in cold temperatures. Josh did a fantastic job directing runners at recent Winter Series.  The races give me a sense of pride to run with hundreds of runners on my school's campus. It is a well organized event period that I will continue to go to for a long time. 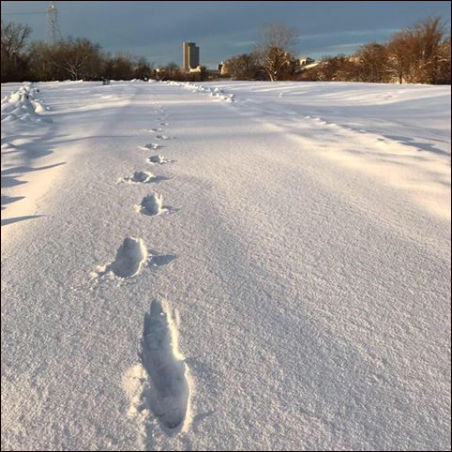 The winter series is a fantastic way to drag my butt out into the cold and get my long run in when I otherwise wouldn’t. There’s always friends to run and chat with or a little extra competition to push the pace if that’s what I need that day. It doesn’t make winter running easier, but it definitely makes it more fun. 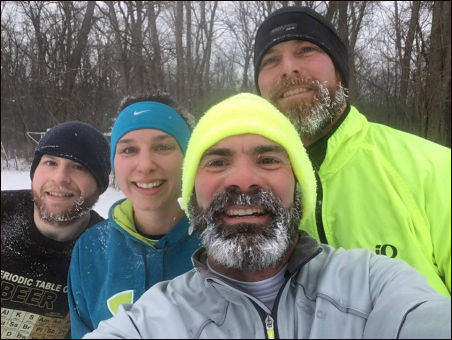 Denis is in front with yellow hat

My 2nd year running WS. I enjoy winter running especially if I’m training for a long distance or other run goals. WS allows the opportunity to break up the winter doldrums. I can run leisurely or competitively with the opportunity to socialize with running friends. 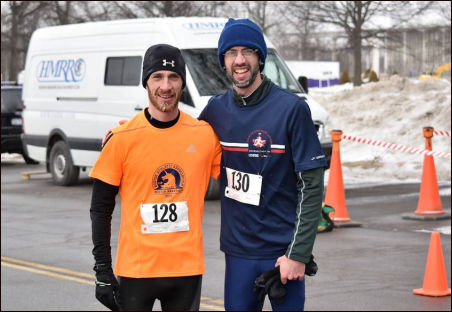 Tom is with Chuck Terry in earlier Winter Series

The Winter Series offers a great opportunity to get in a run on cleared roads with support from volunteers. I use the Winter Series races to build fitness. Attached is a picture captured (from you I think) at the 2015 Winter Marathon of Chuck Terry and myself. 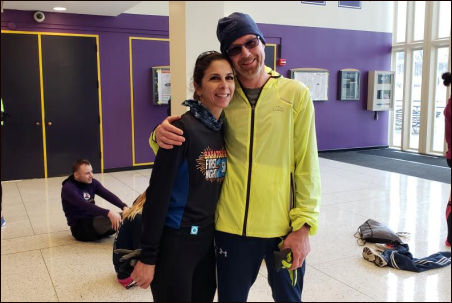 The HMRRC winter series helps me run longer distances during the cold months. They help me maintain fitness gains made in the fall and serve as a base for the upcoming spring races. I’ve even created a raffle run-winter series at my middle school this year. 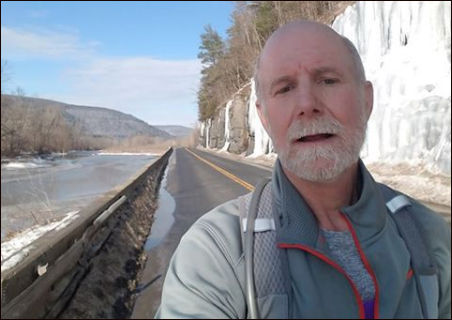 I really prefer running outdoors, especially in the country, but it is just harder to coordinate running with friends in the winter months. The winter series is great for getting together with fellow runners and keeps the motivation up during winter.  It also helps me start the spring season strong! 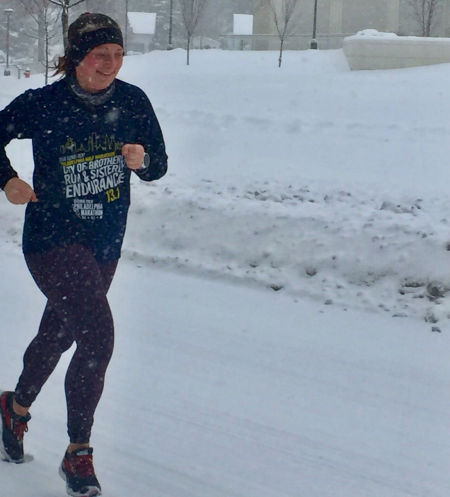 I run in the Winter Series for many reasons: it gets me out in the winter and forces me to make a commitment, it's a nice supported long run, and finally running is fun, but running in with a big-group in a low-key environment is more fun. 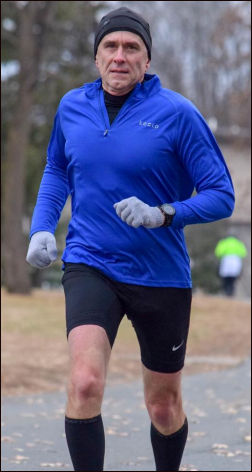 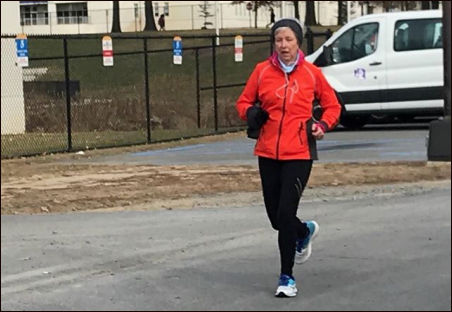 I run the Winter Series because it offers a low-key opportunity to run through the winter and stay in touch with my running friends, and it’s something my husband and I share. 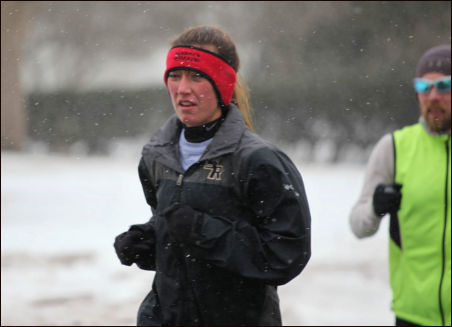 Because the roads are actually cleared at the state campus & the support is much needed with these frigid temperatures! 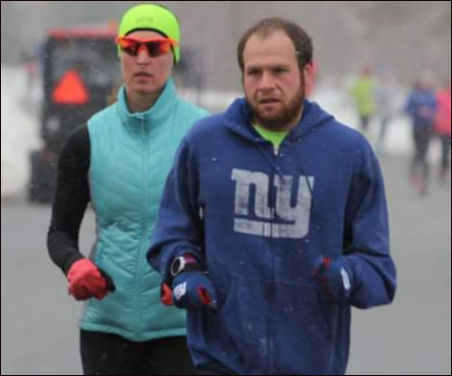 If you want a supported long run option during the winter it is pretty much the only option. It's better to put in 2 to 3 hours of running with company than alone.

Here's a smattering of photos from across the years.

And the good news is that there is one more Winter Series left and that is on February 17, 2019. 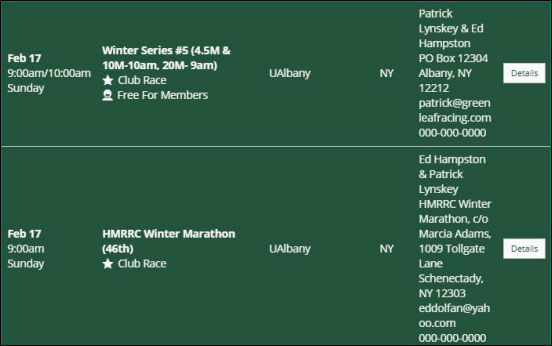