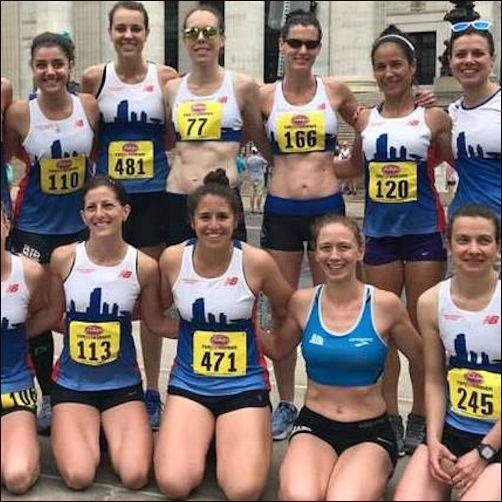 Amanda Nicole Perri is on the top left

So let's start from scratch - my name is Amanda and I race competitively on the Albany Running Exchange (ARE) Women’s Open Racing Team. I am happy to say that I have finally recovered from one of the worst injuries of my career - a plantar plate tear.

I don't have an exact date that my tear occurred, however I remember experiencing an awful pain in my mid foot this past February 2018. I had come off of a pretty good first season with my current coach PR-ing at just about every distance I ran, and I was prepping for what I would hope would be my best year of running yet. I had two major goals: race hard at the BAA 5K in Boston, and have a huge PR at the Corning Wine Glass Half Marathon (with a few good races in between). Being on the ARE women's team I was excited to start to [hopefully] become a pretty decent competitor, and find myself inching more towards the front of the pack with my team as time went on.

Running through the winter in 2018 was pretty brutal to say the least. I was lucky enough to have found groups within the ARE that were down for 8 a.m. 13-mile long runs on Sunday mornings through the brisk temperatures, however we quickly discovered that the temperatures weren't going to be our only issue. Ice was a MAJOR factor to road running through December and January. I can remember I was with a pack of 10-12 running through the streets of Troy and we had hit maybe 5 spots that were just pure ice. You couldn't even walk! We had to shuffle. After a couple of these runs, I had started to discover a strong, dull pain under my big toe where my sesamoid bones are (two small bones under your big foot). The first couple times I brushed it off, went to my massage therapist and continued to run. Overtime I found this pain was getting worse - to the point where it was uncomfortable to walk. At the time I was working downtown for the Assembly where the dress code required us to dress professionally: which for me meant wearing heels. That soon ended because the pain in my foot became excruciating. I took a few days off from running (which I almost never do) and found that nothing had changed a few days later. I finally decided to see a local orthopedist and was given an X-ray. The X-ray was negative and I was told to rest and then get back into it. I did so and everything continued to get worse. I am lucky enough to now work at Fleet Feet on Wolf Road so switching shoes was no issue at all...however even that didn't fix the pain.

I went on to see a "foot and ankle specialist" at that same location, the doctor felt my foot for about 2 seconds and said "take a few days off." So I did and once again nothing changed! I started shuffling through doctors, looking for an answer and they continuously told me nothing was wrong - BUT HOW COULD NOTHING BE WRONG IF I WAS IN THIS MUCH PAIN’! I sought out advice from the ARE – I asked everyone for a recommend. I followed their advice and went to the groups' "go to guy." We went through an X-ray, nothing. Did some walking around, nothing. Felt around the bone, nothing - I left in disappointment. I returned to that doctor once again and he suggested a cortisone shot, which I was a little "iffy" about because I was aware of the potential side effects of cortisone. After deliberating over the option I decided to go forth with it and what do you know...nothing changed. I once again returned to that doctor who started to suggest other diagnoses and it turned into a guessing game. Every week was something different and every week I found myself at CVS with a new prescription or insert - I was going insane. I ended up in a boot in February, which I took off after a week because of no change (bad move on my part). I went to another doctor got another cortisone shot (awful idea) and I really fell into a depression. I thought that my running career could be over. I went through every idea in the book, every possible cure for whatever this could be - nothing was coming up. I soon visited a podiatrist to unfortunately hear the same news: “I’m not sure what’s wrong here.”  I went insane. At this point I was willing to pay for anything at all to fix this problem. I didn’t care what the cost was. I was referred to a doctor in Saratoga who performs a PRP injection (Platelet Rich Plasma), which is basically where they draw your blood, spin it, and take the platelets from your blood and inject them into the problem area. It sounded funky, and there wasn’t that much science to back it up - it was also an expensive, of pocket procedure since I had no insurance. I toyed with the idea but needed an answer first-I needed to know what was wrong. 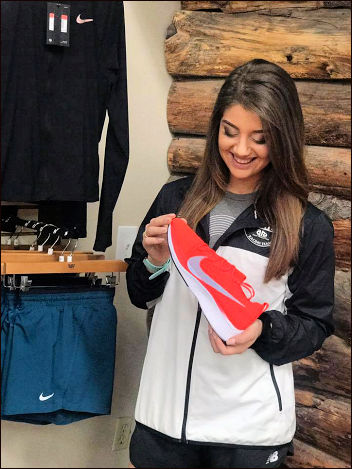 I continued to research home remedies and treat whatever this was myself. It got to be near April time and I was feeling “alright-ish”. I was dying to run the BAA 5K. I had gotten in, there was so much hype - I wanted to run this race. Morning of the race I was feeling pretty good warming up and I went out and did the race. I finished and felt good, had some ice on my foot and went on with my day. Later on I wound up back in agony and was back at square one.

My next and last goal was to run the Freihofer ‘s Run for Women 5K with my team. Regardless of the circumstances I was going to go for it and shut everything down afterwards. I discovered that I could survive 5K if I raced in compression socks. I did so and barely survived Freihofers … It was officially time to shut everything down and figure this out.

I had another another MRI by my podiatrist. I anxiously waited for the results and initially was told the radiologist saw everything as clear and nothing was wrong… EXCUSE ME’! Frustrated to say the least I had a full emotional break down, twenty minutes after that appointment with my podiatrist I received a phone call with her saying they had found a slight tear in my plantar plate…my plantar what’ I returned to the doctor in Saratoga, and after one ultrasound there it was…I had torn 2/3rds of my plantar plate underneath my big toe and it was just about to completely tear. I was immediately booted for 6 weeks and now it was time to wait…and wait…and wait. I spent the next 6 weeks in the weight room with my boot EVERY SINGLE DAY.  I made sure there was no excuse as to why I couldn’t workout. Not being able to run was the biggest mental struggle I have ever been through, however I developed an appreciation and a love for weight lifting. I am forever thankful for the people I met during that time in the gym and for the staff that went out of their way for me. In the meantime, a decision laid on my shoulders: to do the PRP or to avoid the PRP. I searched the web for days on information about this procedure, I had friends and family searching with me. 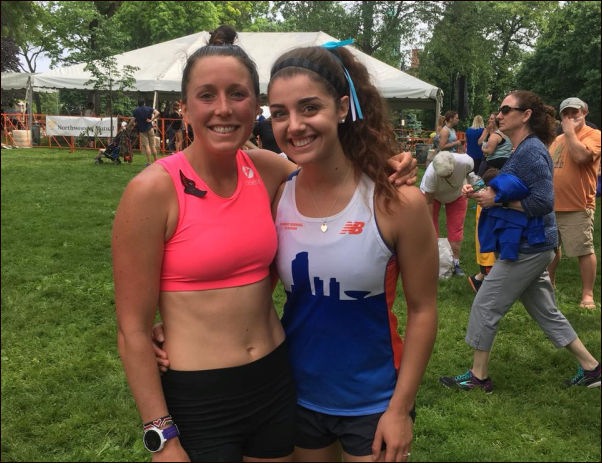 The 6-week mark came around and we did a second round of ultrasounds - the tear had gotten worse. I decided to go through with the PRP regardless of the price because at this point I had no other option. We scheduled it for two weeks later and one of the most painful procedures of my life has been a lifesaver. It’s taken about 3 months for the PRP to fully work along with custom orthotics from my podiatrist, PT, and rocker-bottom shoes from one of our shoe reps, but I can happily say I am back! November 5th I was officially cleared to run and although it will be a slow process I cannot express how happy I am to finally be back to what I love the most. Being distant from running has taught me to no longer take running for granted – it’s a privilege to run and I will be forever thankful to be back and hopefully uninjured. 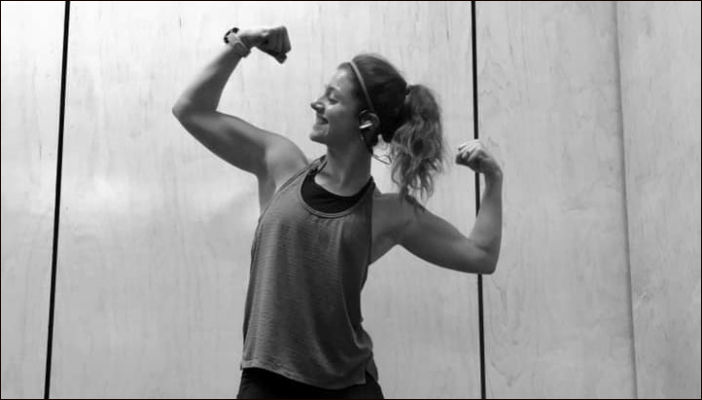 Since this was written Amanda wrote the following indicating that this story is not finished and will be monitored by us in future issues:

My PRP ended up not working and I sought out a doctor in Orangeberg, NY down near NYC. He discovered that there was no way I had a plantar plate tear (come to find out there's no plantar plate in your big toe). There might have been a tear in my plantar fascia but it seems that I have a really bad case of sesmoiditis (swelling in the sesamoids) and mid-substance plantar fasciitis. I have been continuing with shockwave therapy with this doctor for the last 3 weeks and this is the best I have ever felt. I will continue this procedure once a week for 5 weeks and then I will be released to run more frequently.