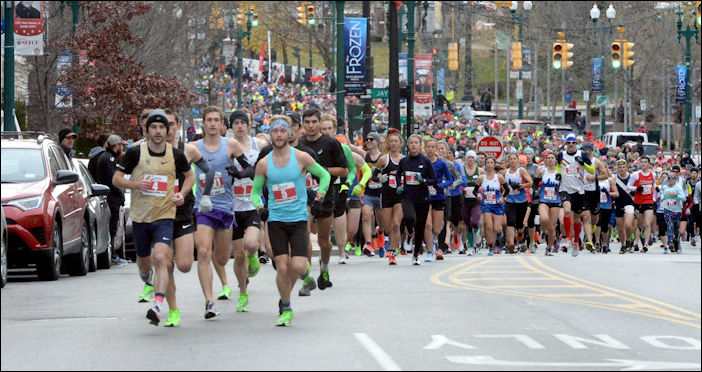 As talented sports writer Mike MacAdams began his thrilling column about the 2019 Stockade-athon:

“Sean O'Connor, an aeronautical engineering major who graduated from RPI this spring, designs jet engines for a living. 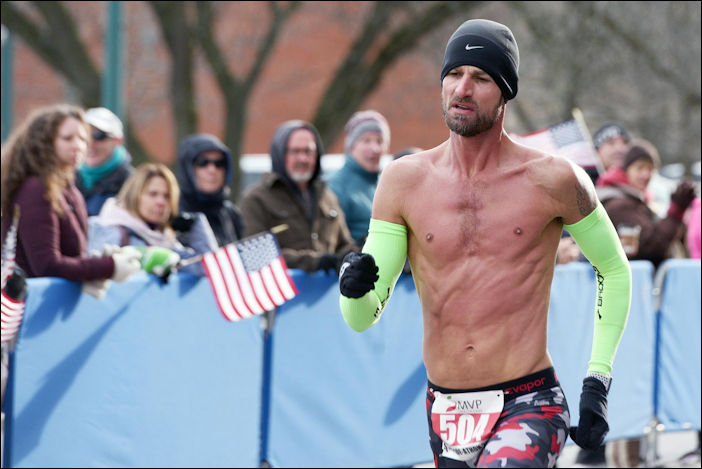 Sixty-year-old Beth Stalker (1:05:12) won the age-graded competition with an age-graded percentage of 90.97.

In the team competition, the Willow Street AC swept all four titles in the open and masters categories. 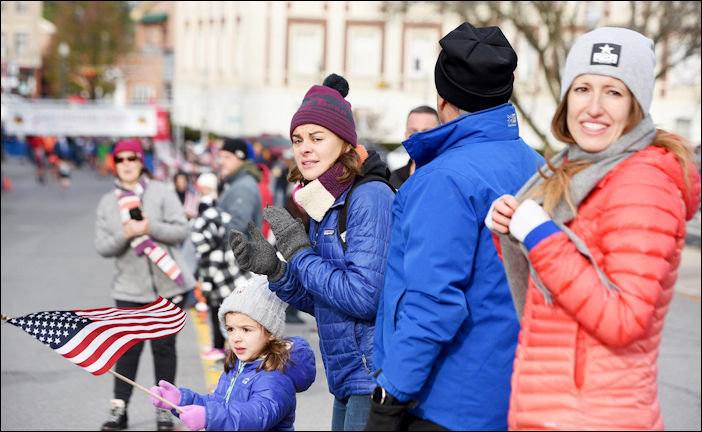 The Stockade-athon is in the top of 10 oldest 15K road races in the United States.  This year it saw an uptick in both finishers and registrants, thereby countering the trend toward declining participation in road races.

The slightly revamped course was well-received by runners, who were able to carefully thread their way through Front Street in the Stockade without incident, despite ongoing street repairs. Coordinator John Haley’s team of marshals and the Schenectady PD provided a safe course for the 1,409 runners who toed the line in 2019.

The race directors are grateful to the 260 volunteers who worked to make the race a success, and to the Stockade-athon’s long-time primary sponsors, MVP Health Care, Fleet Feet, and the Schenectady Y. 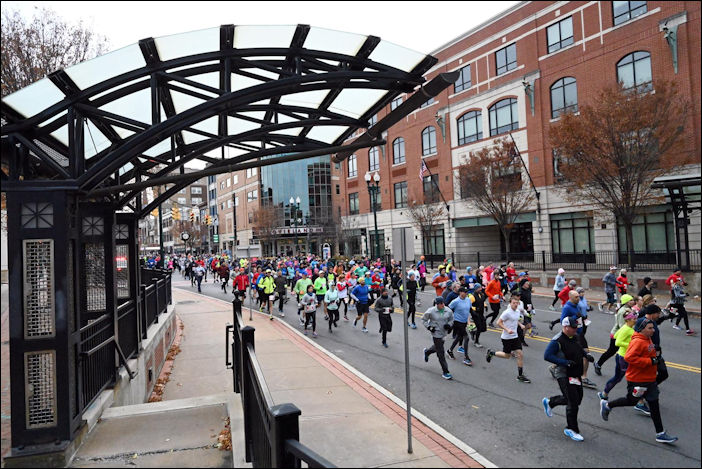 Pictures of the Stockade-athon

Other than our crack photographers covering the event (click here), the Times Union had incredible pictures:  144 pictures in 2019, 122 pictures in 2018, and 139 pictures in 2017.  Maybe you will find yourself there. Not to be outdone, the Gazette has 77 awesome pictures this year, along with a riveting article written by the talented Mike MacAdams, and 100 pictures from last year’s race. 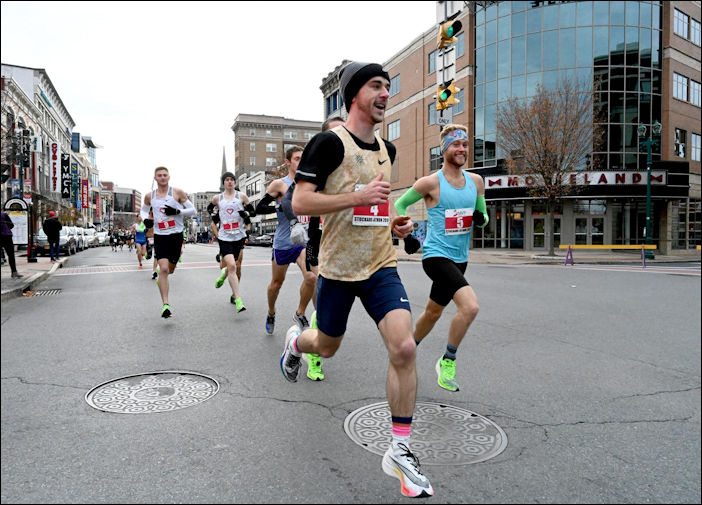 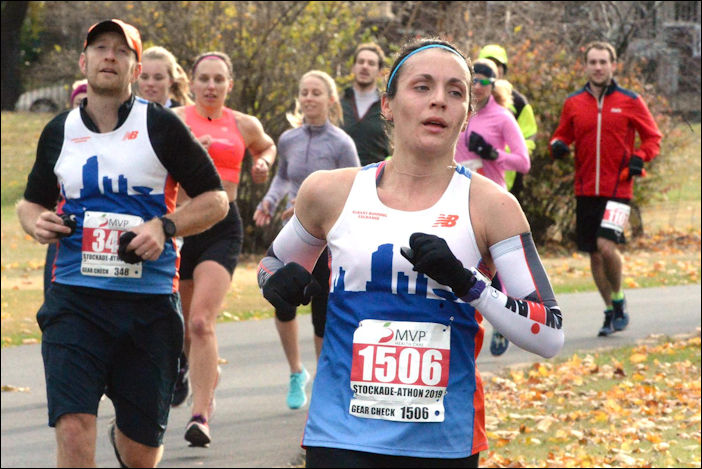 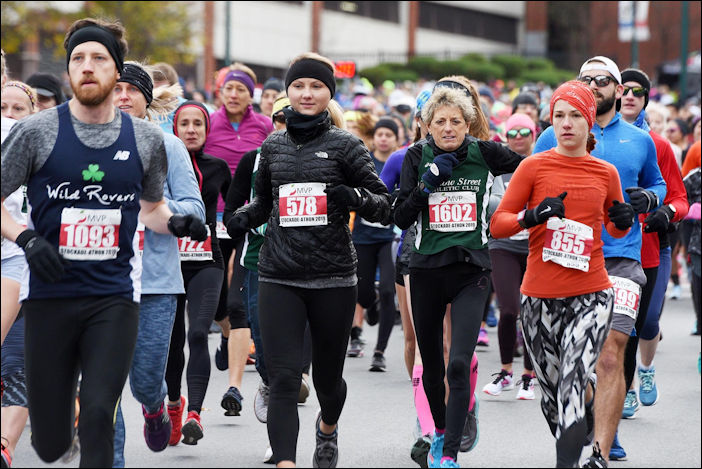 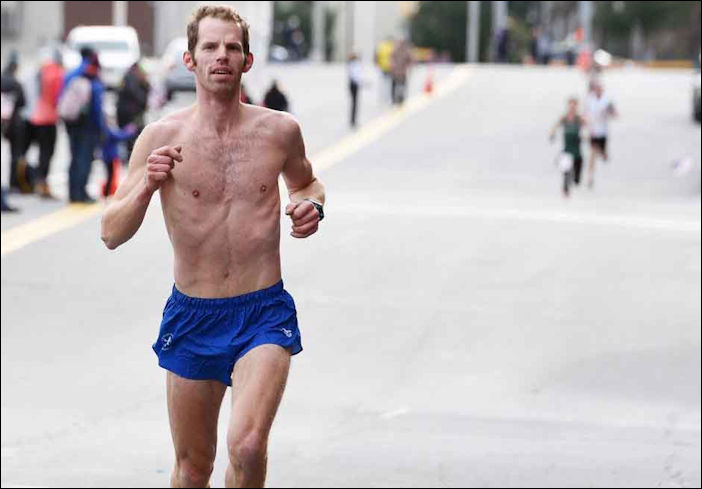 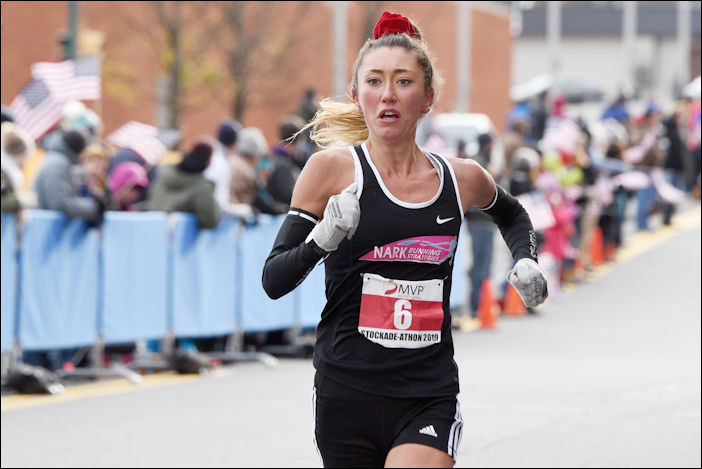 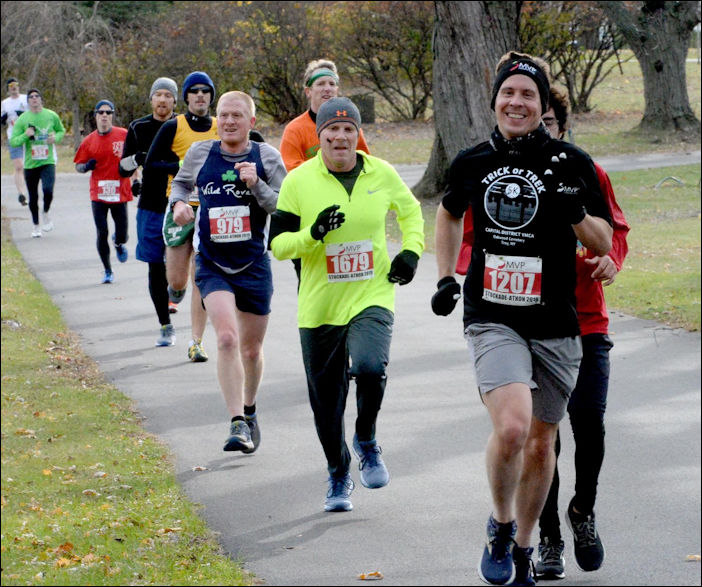 You can find out about next year’s Stockade-athon by clicking here.