A Marriage Made in Heaven and on the Racetrack 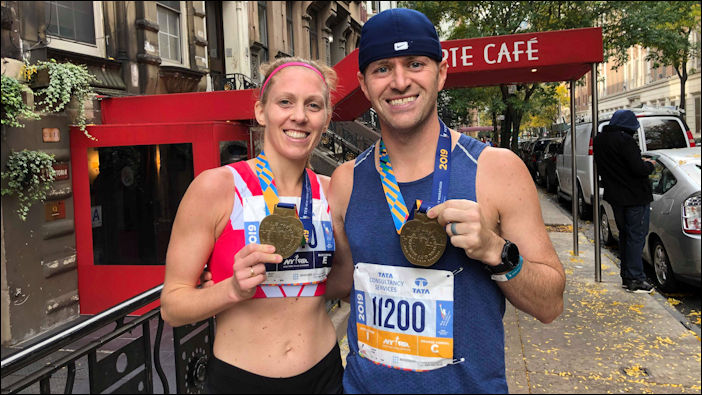 One morning in March I signed up to do the 2013 Mohawk Hudson River Marathon, my first marathon. My husband Jon figured he would probably do a lot of the training with me, so he signed up a few days later.

In High school/College, I played soccer and ran track (sprinter) so I was familiar with running but not distance running. Jon was only running for about a year or 2 at this point (he did football and baseball in high school, but only ran the Turkey Trot each year). 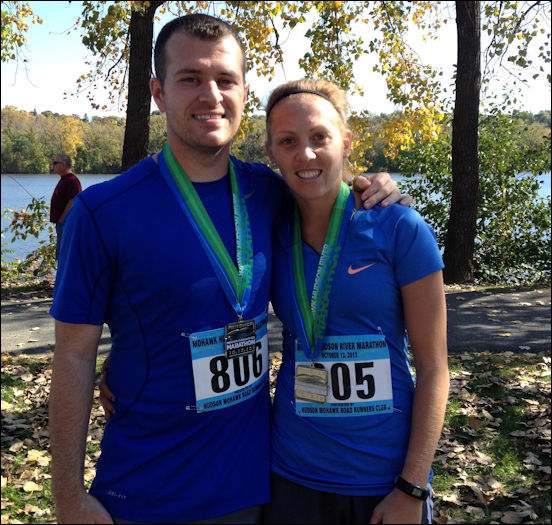 Once we signed up and found a marathon plan, we decided to run race together as neither of us knew what to expect. Towards the end of training for this marathon I started to develop a bad IT band issue but Jon did not leave my side and encouraged me. We crossed the finish line together hand in hand at 4:06:12. 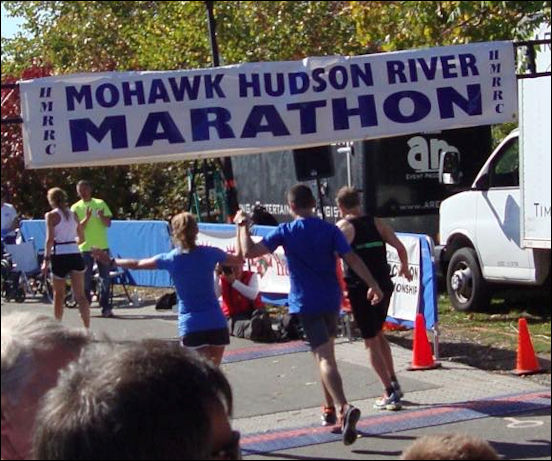 Now Jon had the marathon bug and I was pregnant with our second child, so he ran the MHR Marathon again in 2017 and I cheered from the side. Come 2018 we decided that now was the time for us to run marathons together but with different goals so we could qualify for Boston. We signed up for the Buffalo Marathon in May (I was 7 months postpartum) and The Bank of America Chicago Marathon in October.

In Buffalo I ran a 3:22:12 (BQ) and Jon ran 3:12:11. We were both super happy with our times so we enjoyed taking a little break before seriously starting our training for Chicago. We are super thankful for our parents who watch our girls while we travel for races and run together on some weekends to get our long runs in. 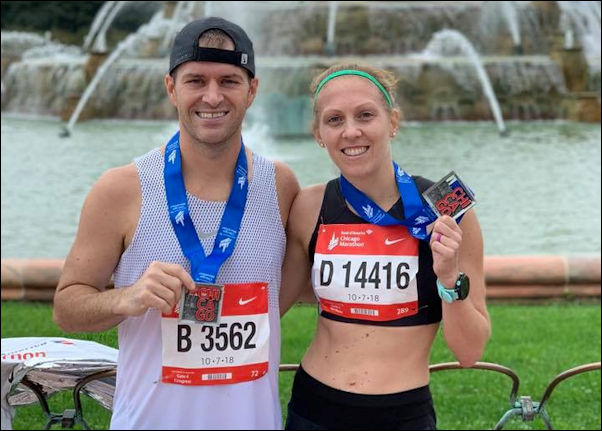 By the time October approached we were ready to run. The Friday we landed in Chicago Jon ended up having a stomach bug.  He worried the rest of the weekend because we once again had trained hard and he was aiming for a BQ. Come Sunday morning he was feeling a little bit better and on the walk to the start he said he was still going to go for the 3:10 he trained for. We  stayed with each other until going into the corrals arranging where we would meet later. I finished in 3:21.47 and Jon 3:23:40.  He was on target pace until 30k when the dehydration of being sick caught up to him. 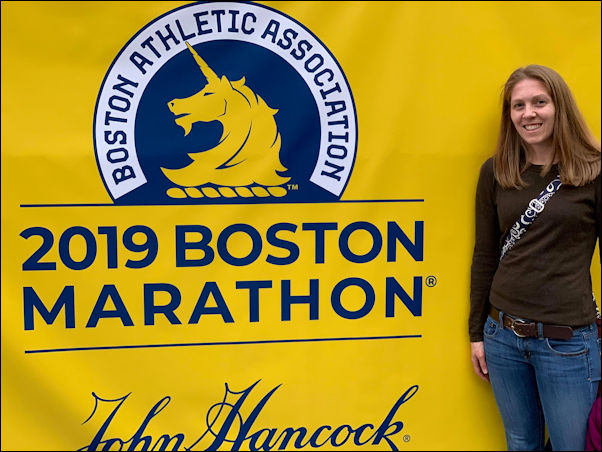 Moving onto Spring 2019 I was gearing up to run my first Boston and Jon had signed up for the New Jersey Marathon to take another shot at a BQ. Even though we had two different races to run, we would do our long runs together and traveled to cheer one another on. I ran Boston in 3:16:17. Two weeks later Jon, myself and our girls traveled for his big race. Not being the best idea to bring a 3-year old and 18-month-old on marathon weekend (aka not getting any sleep). Jon’s sleepless nights and hard work gained him his first BQ in a time of 3:01:58. 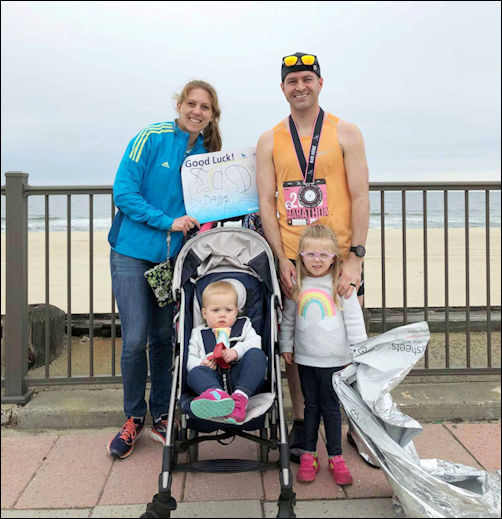 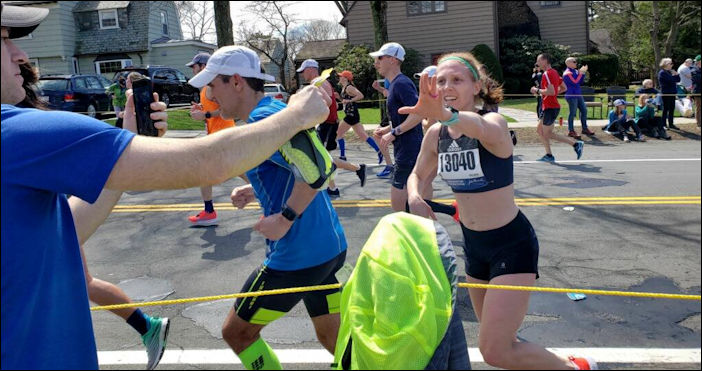 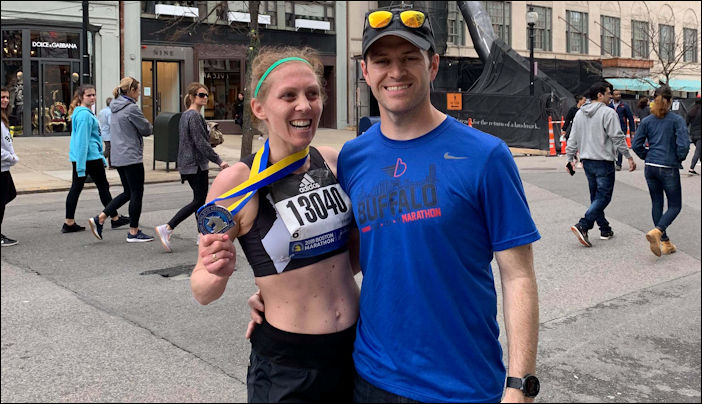 Moving onto Fall 2019 we both had NYC lined up again. Again, we had our own race plan with our coach, but we stayed together for a while in the beginning until the start each moving to our corrals. Jon waited for me at the end of the marathon. Jon finished in 2:59:40 and I finished in 3:15:18. 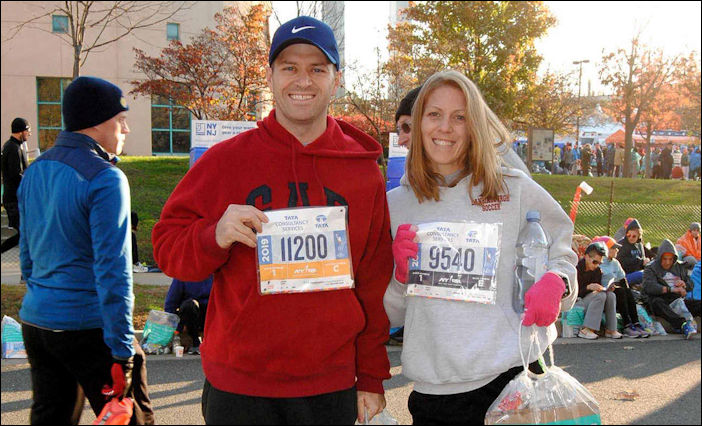 Now with a little down time we will both start training for Boston together. We have no marathon planned for the Fall 2020, but it’s a given, that will change.

In addition to marathons, we also do a ton of 5ks together. The only race we don’t run as a couple is the Freihofer’s run for women. Sorry guys but thanks for cheering us women on. 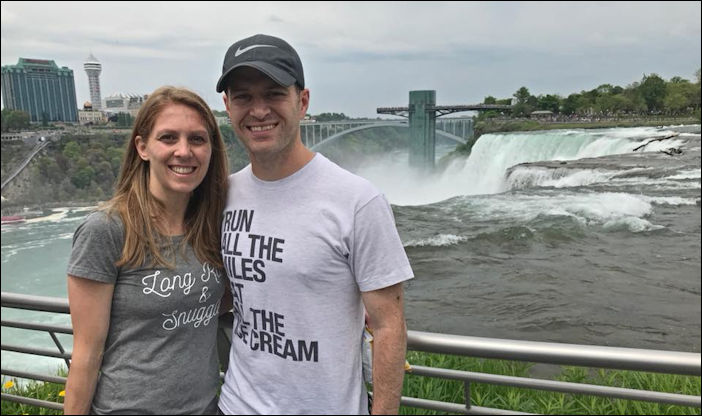