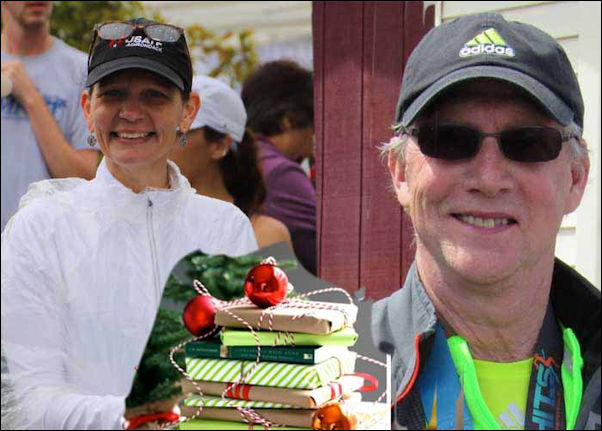 Catch and Kill: Lies, Spies and a Conspiracy to Protect Predators by Ronan Farrow

This is reporter’s Ronan Farrow’s account of his investigation into Howard Weinstein which ultimately not only exposed Weinstein as a sexual predator but led to the exposure of several other famous media and political predators. A classic example of truth is stranger than fiction, this story is captivating and infuriating as Farrow confronts a cabal of powerful men, including news network executives and politicians of the highest levels in both parties, who go to incredible lengths of surveillance and intimidation to keep the story quiet. This reads like a spy novel which makes the facts even more infuriating--a small group of extremely powerful men allowed decades of abuse to take place in plain sight and only through brave and persistent reporting did this house of cards finally collapse.

The Topeka School by Ben Lener

An inventive coming of age novel about an adolescent son of prominent psychologists in Topeka, Kansas in the late 1990s.  The novel shifts between time periods in a unique narrative style that brilliantly connects the social and political climate of the Clinton era to that of the Trump era through a deep exploration of male psychological development. This is an intense read but provides more insight into American society right now than most political commentary I’ve read over the last eight years.

At the end of her life, 96-year-old Doris scrolls through her address book as she writes down her remarkable memories for her one living relative. The story recounts nine decades of Doris’ life from her tragic childhood in Stockholm, Sweden through her years as a model in glamour Paris through many more years of tragedy and loss as she travels through Europe and America as the world reels through the second world war.  The story is beautifully romantic and atmospheric, transporting you to a different time and place.

Nothing to See Here by Kevin Wilson

A charming and poignant novel about a high-profile family who attempt to keep a strange secret from derailing political aspiration by hiring a nanny to care for their twins who spontaneously combust when under emotional duress. Kevin Wilson is a master of writing about strange families and this is a funny, sweet and smart story about love and dysfunction.

You get murder, mystery, and suspense every time you read a James Patterson book. This one doesn't cheat the reader. Former NYC detective Jenna Murphy returns to her hometown to escape the brutality of the city. And what does she find? Depravity and murder. Two more dead bodies are found in what has been called "The Murder House" because of its grizzly past. Murphy at first is a suspect and must not only clear her name but find the real murderer. Suspenseful and exciting right up to its climactic finish.

A great combo: Harry Bosch and his half-brother, Mickey Haller working together! Haller, normally a defense attorney gets hired by the DA to be an independent council, attacking as prosecutor in a retrial case of a defendant sprung loose by new DNA evidence after serving 24 years in prison for killing a 12-year-old girl. Harry and Mickey know the real deal; Jason Jessup, the convicted killer, really did it. They just have to re-prove it. The DNA evidence was just from another related crime. Haller also hooks up with his ex-wife, Maggie McPherson, an ADA in Los Angeles county, to try to put Jessup back behind bars. Interestingly, Harry's daughter Maddie and Maggie and Mickey's daughter, Hayly (basically cousins) meet up for the first time. In the case, Harry races against the clock to find the evidence to put Jessup away for good, but if he's too late, all hell will break loose.

The Warning by James Patterson

A Young Adult thriller by the master writer of suspense novels. Here, two teens, Maggie and Jordan, find their way back into the town of Mount Hope, North Carolina after it has been evacuated for nearly a year due to an accident at the Nuclear Power Plant where Jordan's father works. But things aren't the same as they were one year ago. Jordan has come back from a horrific car accident and seems to be in better shape than ever as his football coach moves him to quarterback. The town is also under siege by the military with no one allowed out or in. No cell phones or Internet. Something strange is happening and Maggie and Jordan want to find out what. But will it cost them their lives? Read it to find out.