Racing in the Alps 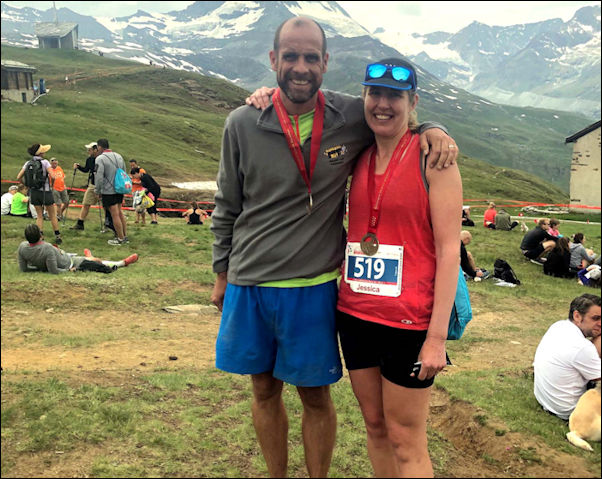 The longer it takes to run the race, the more time you have to enjoy yourself. Brian and I decided to do a race on our vacation in the Swiss Alps. The race we found was the Zermatt Marathon. The half was sold out. There was a two-person relay but we wanted to run together which we rarely do in races. Choosing the longer race and the casual together approach meant we’d be enjoying ourselves to the fullest. There was also an ultra, and it was only 3.5 km more but those 3.5 km would climb an additional 1686 ft. The line between extra “enjoyment” and suffering was pretty clear to me, and considering we only had a month and a half to train and Brian had a bum knee, I vetoed the ultra. 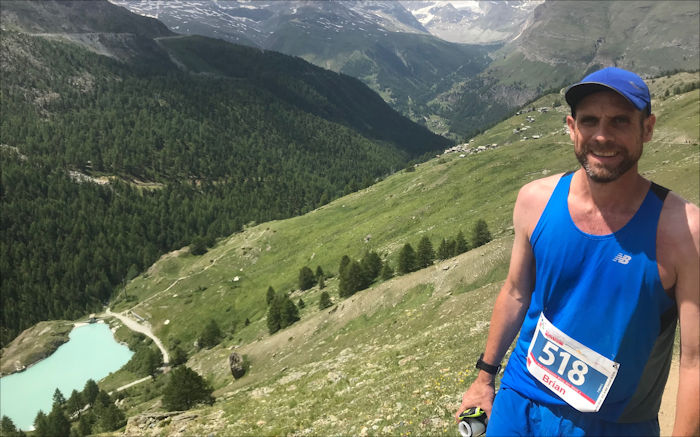 To train for the race, we ran up to Pinnacle a couple times and Mt. Greylock. That was really all we had time for since we signed up so late. We had both done spring marathons so felt confident some endurance would carry over and we could finish if we took it easy. 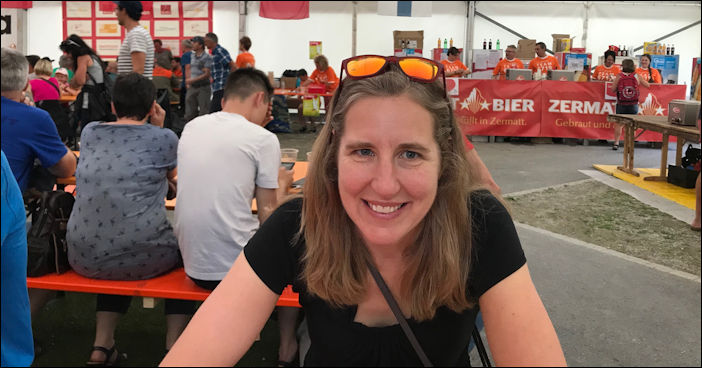 Pasta dinner the night before

We started in the back at a relaxed pace. This casual pace turned into a standstill and slow walk about a half mile into the race when we hit a steep incline and everyone had to funnel to a narrow trail. Oh well. We weren’t in a hurry. Just out to enjoy the day, and each other’s company.  The longer it took, the more memories we’d have. All through the race we took pictures and just kept moving forward. We were moving forward through the pack of runners, too. After the halfway point, the climbing really began. We had to power walk 3-4 miles, but we did somewhat of a walk-run and thus passed a number of folks. Even if we only ran 30 seconds, it moved us forward. 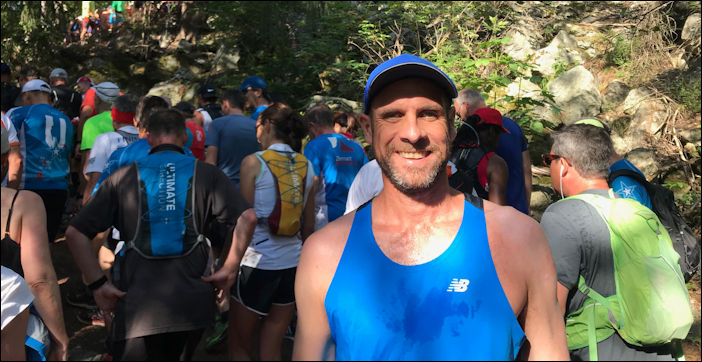 Brian at narrow pathway up the mountain

Brian and I both took plenty of pictures as everything was awe-inspiring. The race had a blend of cobblestone streets, paved roads, gravel roads, and single-track trail. It meandered through small mountain villages, tourist resorts, farm country, mountain lakes, rivers, bridges, and waterfalls. For the last several miles we could see the Matterhorn on what was becoming an increasingly cloudy day. We were hoping to finish before it rained and before all the views were gone! The final push goes alongside the Historic Gornergrat, the highest open air railway in Europe dating back to 1898. After we finished Brian said, “Glad we didn’t do the ultra!” We relaxed a bit and then we took the train up the mountain to where the ultra race finished. There were glaciers everywhere and Brian exclaimed “We should have done the ultra!” It’s true our race ended sooner than others’ (we placed 323rd and 324th out of 615 in the marathon and there were another 383 who did the ultra), but we enjoyed the train ride and were thankful it took us where our bodies didn’t want to go on their own. 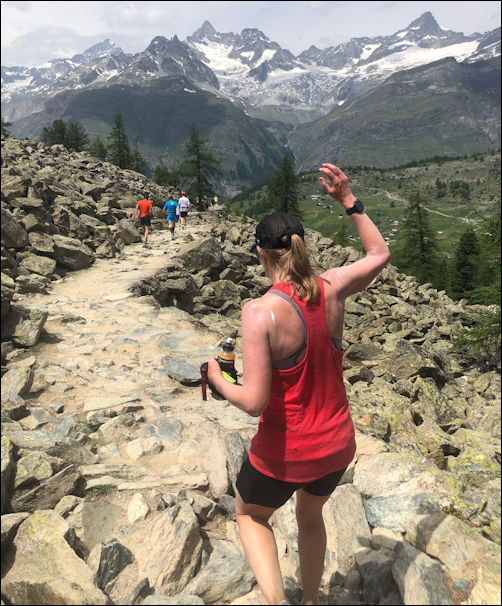 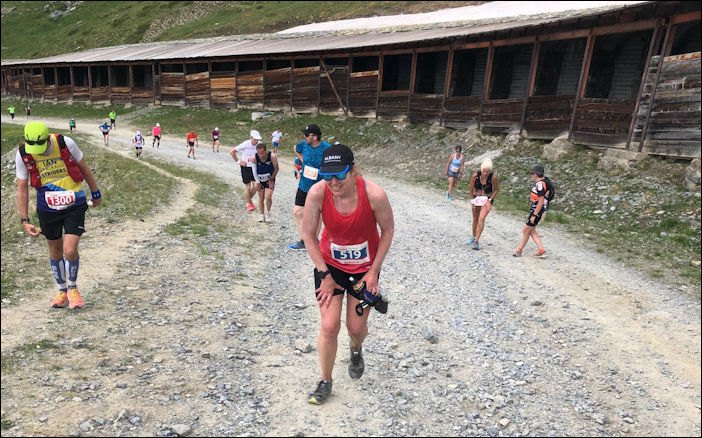 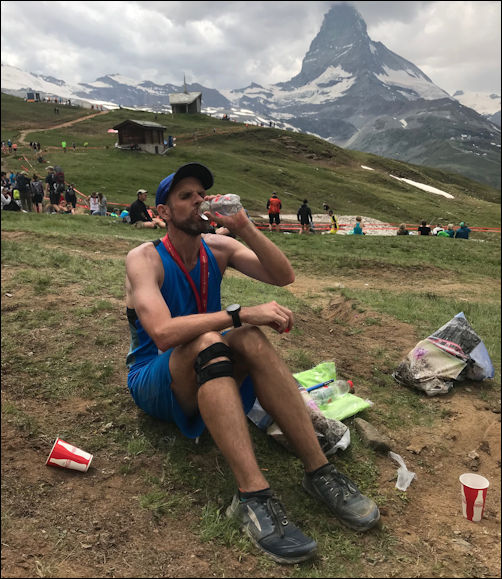